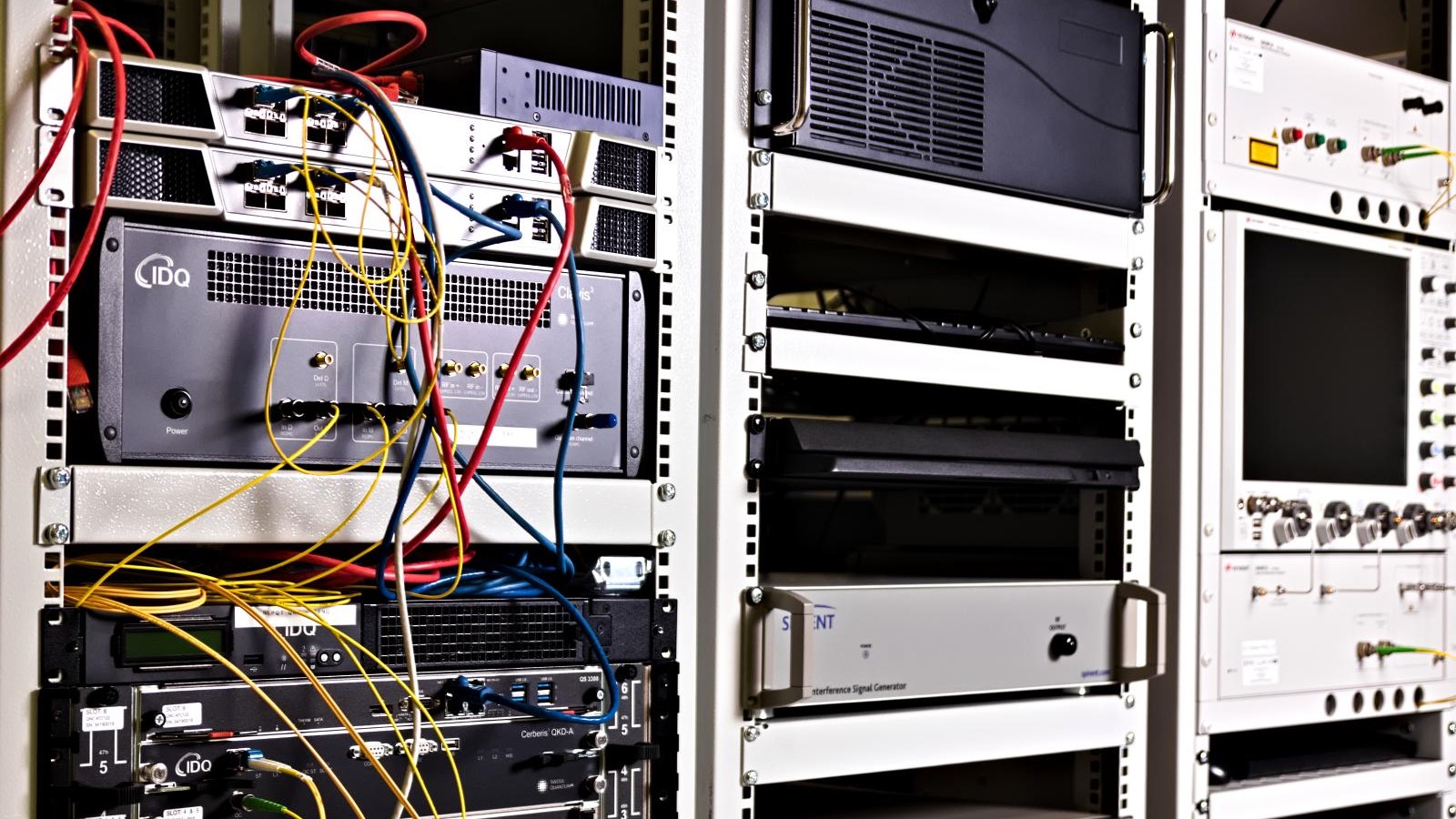 In the Quantum Technologies Laboratory, operating within the NLPQT Consortium, two systems for the quantum distribution of the cryptographic key were launched and tested: Cerberis, which will serve operationally in the telecommunications network, and Clavis – intended for further development of quantum cryptography methods. The first tests of QKD systems were conducted in the PSNC headquarters.

The technique of quantum key distribution QKD (Quantum Key Distribution, QKD) allows to exchange a cryptographic key between the sender and recipient of a confidential message in a manner that is completely resistant to any hacking attacks. The exchanged key allows to encrypt confidential information and send it via a traditional telecommunications network. Thanks to the use of quantum effects, it is impossible to intercept the exchanged key without alerting the parties sending it, which means that the data encrypted with it can only be decrypted by an authorized recipient. Thanks to this technology, it will be possible to send financial, medical and military information in an absolutely safe way.

The information carriers used to send the quantum key are photons, thanks to which the key can be exchanged using optical fibers, which are currently the basic telecommunications channel. The first tests of QKD systems were carried out within the PSNC headquarters. Then, the existing fiber-optic infrastructure in Poznan was usedto safely transmit and receive a quantum-encrypted signal between two PSNC units located 7 kilometers apart. The conducted experiments allowed to guarantee the correct operation of the QKD system within 70 kilometers from the transmitter. Subsequently, other PSNC network infrastructure devices will also be connected to the created transmission channel, and in the next two years a connection between Warsaw and Poznan will be launched.

QKD systems were launched by Piotr Rydlichowski together with the PSNC team as well as Adam Widomski and Michał Karpiński from the University of Warsaw.