Ambisonic Audioplays as a Window to the World for Blind Children 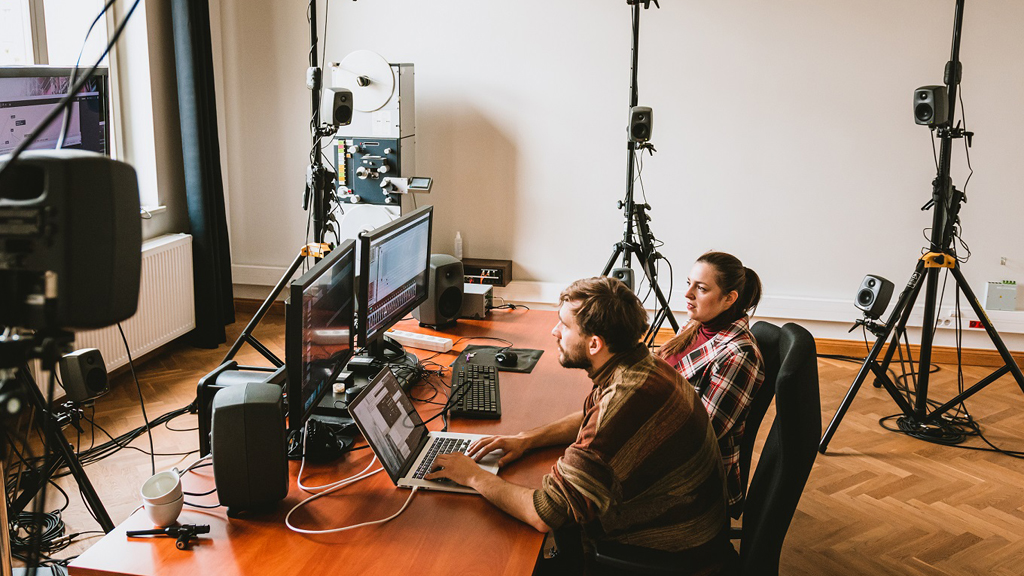 Audioplays are re-entering the stage in a new form and becoming a window to the world for the blind and visually impaired. Poznań Supercomputing and Networking Center, aka PSNC [Polish: Poznańskie Centrum Superkomputerowo-Sieciowe – PCSS], has commenced collaboration with the Special Education Center for Blind Children [Polish: Ośrodek Szkolno-Wychowawczy dla Dzieci Niewidomych] in Owińska, Poland, to present the pupils with two ambisonic (360°-sound) audioplays. Ambisonic sound imitates authentic sound distribution in space, which enables the listener to fully immerse and actively participate in the performance.

Drawing on their extensive experience in spatial and ambisonic sound, the PSNC New Media Department employees have produced ambisonic audioplays as part of their collabortion with the Special Education Center for Blind Children. Thanks to specialist sound installation located in PSNC Future Labs the audioplays will be broadcast in a multi-channel, spatial form (sound-engineered by Jan Skorupa and Wojciech Raszewski).

The story of the Poznań-born Cinderella has been invented by the Adam Mickiewicz University [Polish: Uniwersytet im. Adama Mickiewicza] teachers and students engaged in the Radio Meteor. Based in the present-day big city, the fairy tale has been presented in the Polish Radio and at the “Transatlantyk” International Festival of Film and Music. In the modified screenplay, the modernly-dressed Cinderella must not only face her wicked stepmother and stepsisters but also find herself amid the coronavirus pandemic. Transformed into the ambisonic version, the audioplay is directed by Gabriela Jelonek.

The second show titled Żaba nie Śmieszka is one of the 2021 Audioplay Festival [Polish: Festiwal Słuchowisk] projects, realized in collaboration with the Children’s Art Center [Polish: Centrum Sztuki Dziecka]. Michał Kaźmierczak’s screenplay is directed by Maria Marcinkiewicz-Górna, with music composed and performed by Piotr Skotnicki.
Featuring voices of actors from the local theaters (Polski and Nowy), the play tells a story of a frog that, when mocked and bullied by its peers, decides to swim offshore and happens to befriend a jellyfish. How will this encounter evolve?

Spatial sound is a particularly significant element of rehabilitation, early education and basic communication of the blind and visually impaired with the surrounding world. Sound imitations of authentic acoustic spaces (shops, airports, streets, railway stations) constitute the rudiment and primary stage in learning spatial orientation.
The blind and visually impaired children may take their first steps to integrate and develop their spatial orientation skills in the typhloacoustic laboratory specially dedicated to their needs and located in the center for their comfort and safety.

Besides purely functional aspects, sound also plays the entertaining role for the blind, and audioplays are often referred to as “Netflix for the blind”. Enjoying a growing popularity in computer game sounding and presenting news online, ambisonic technology has become even more widespread amid the recent lockdowns to offer viewers and listeners a sense of realistic participation in such events as football matches, Olympic Games and music concerts. 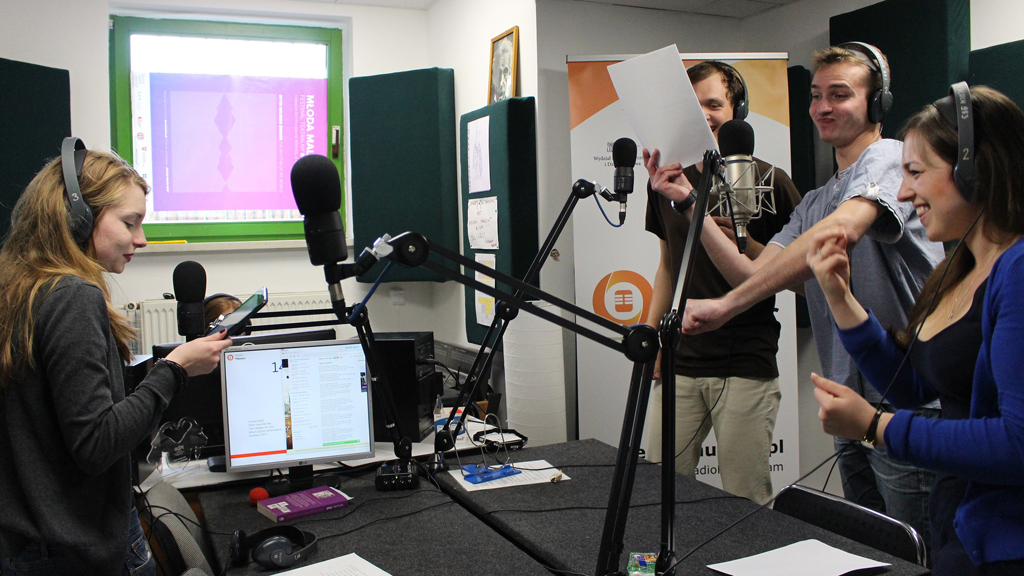 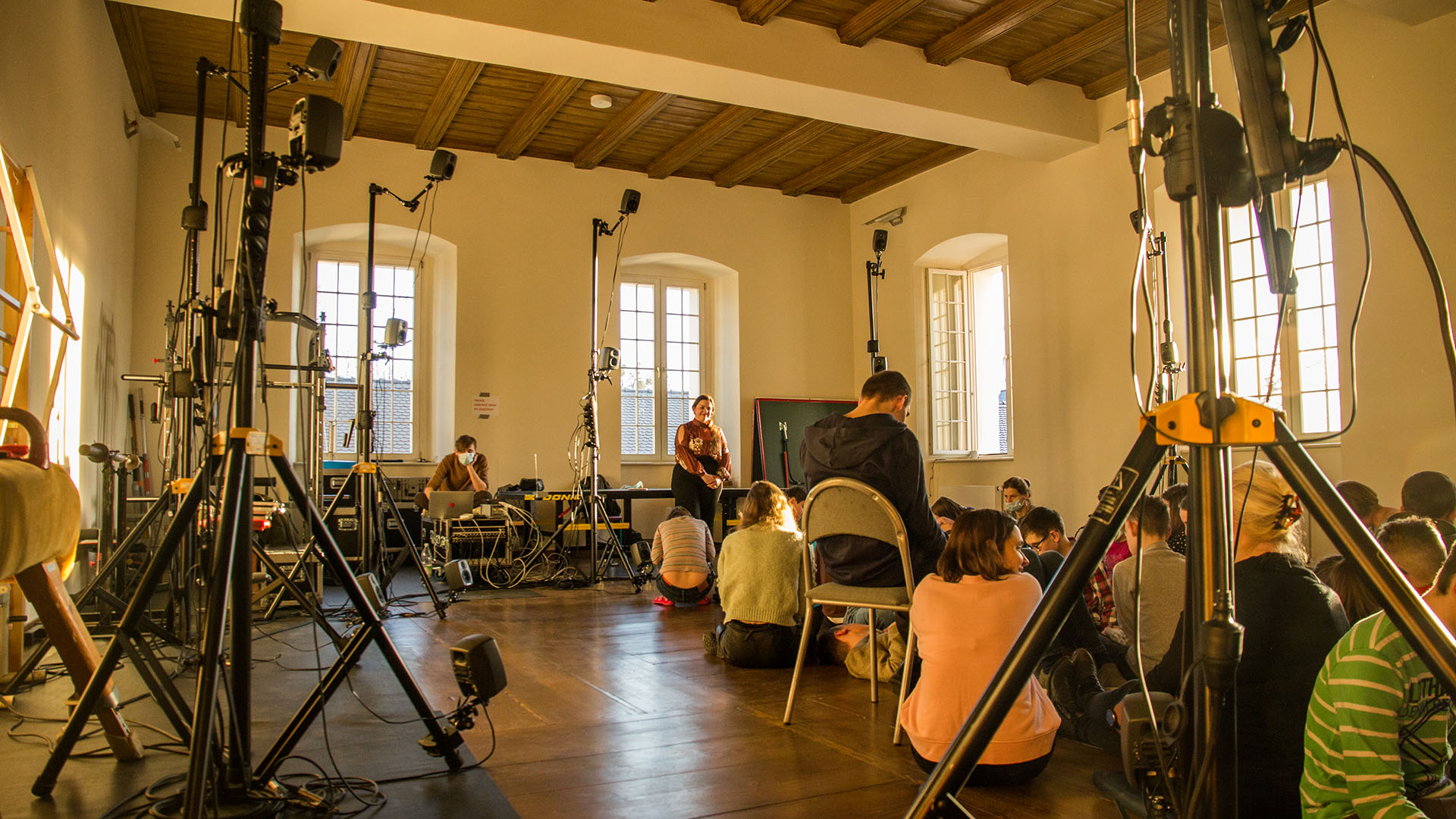 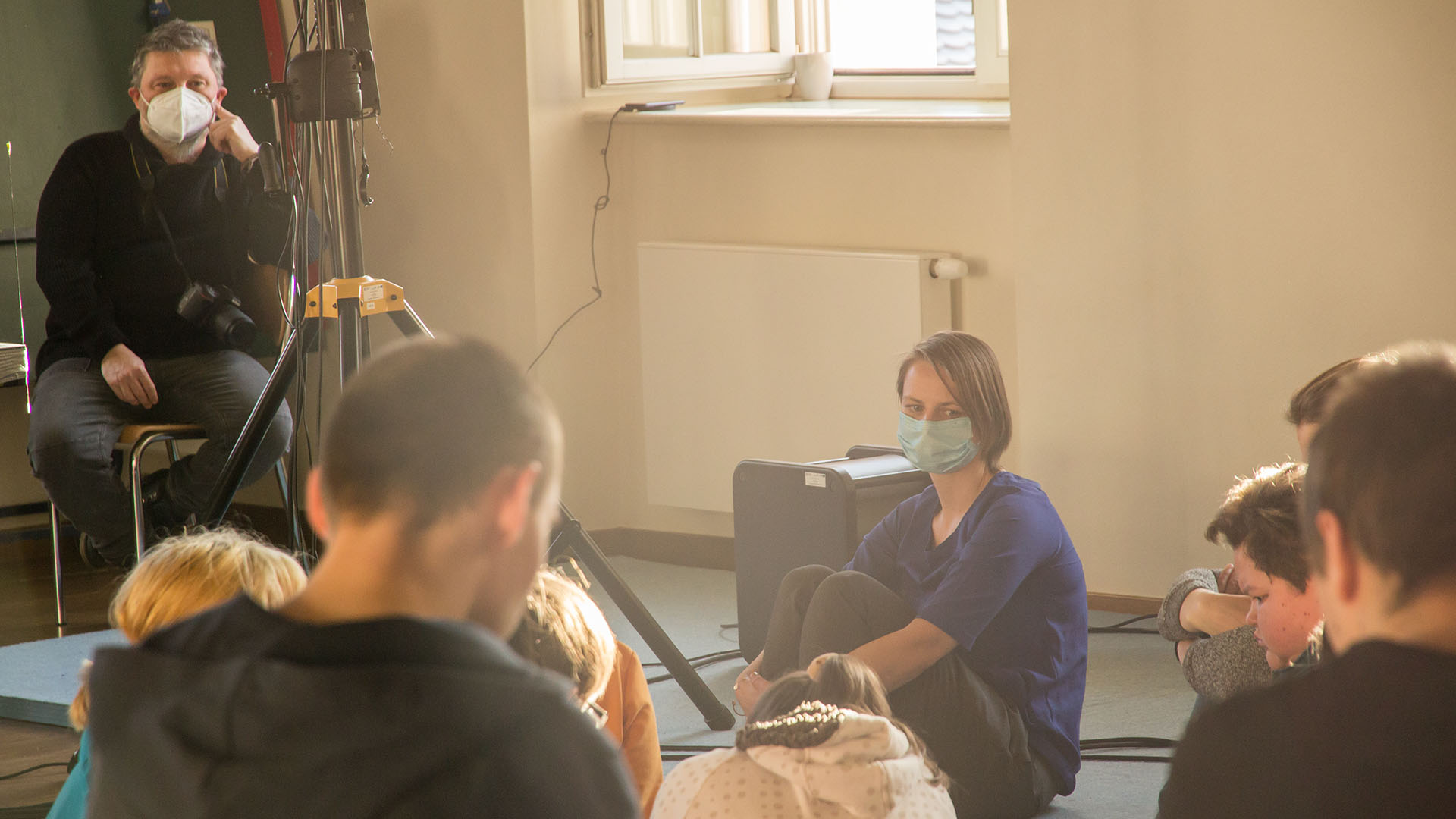 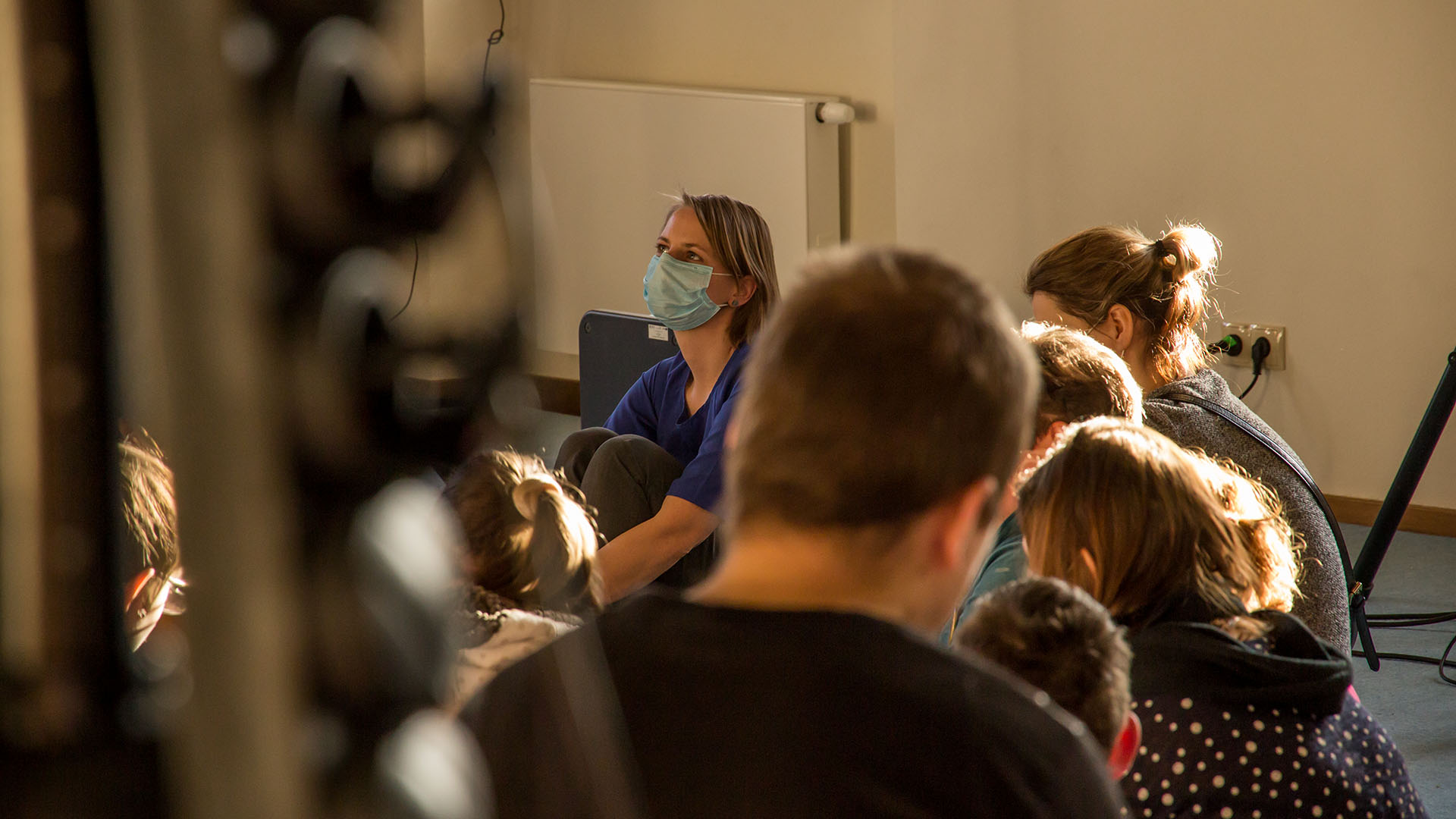 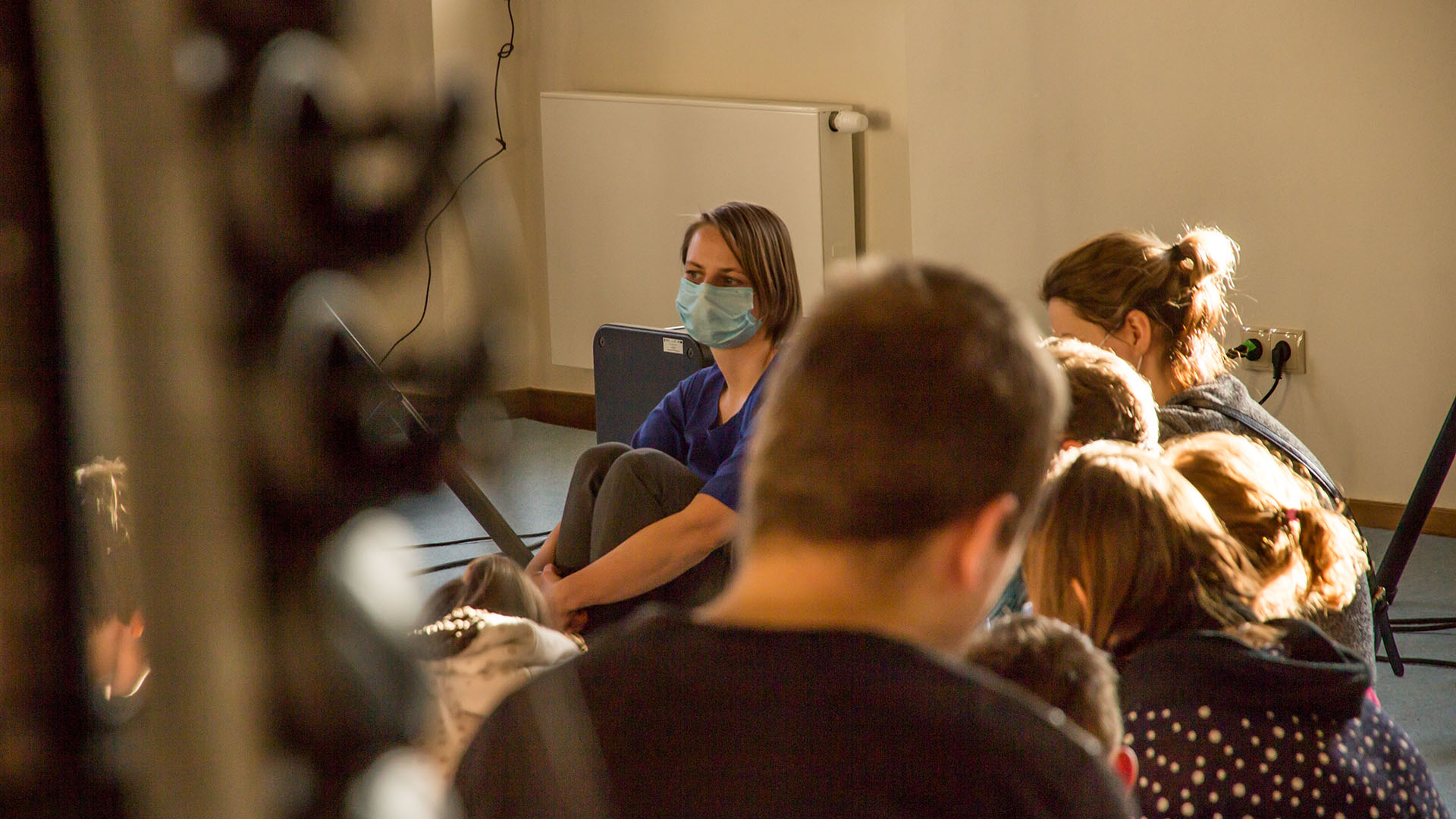 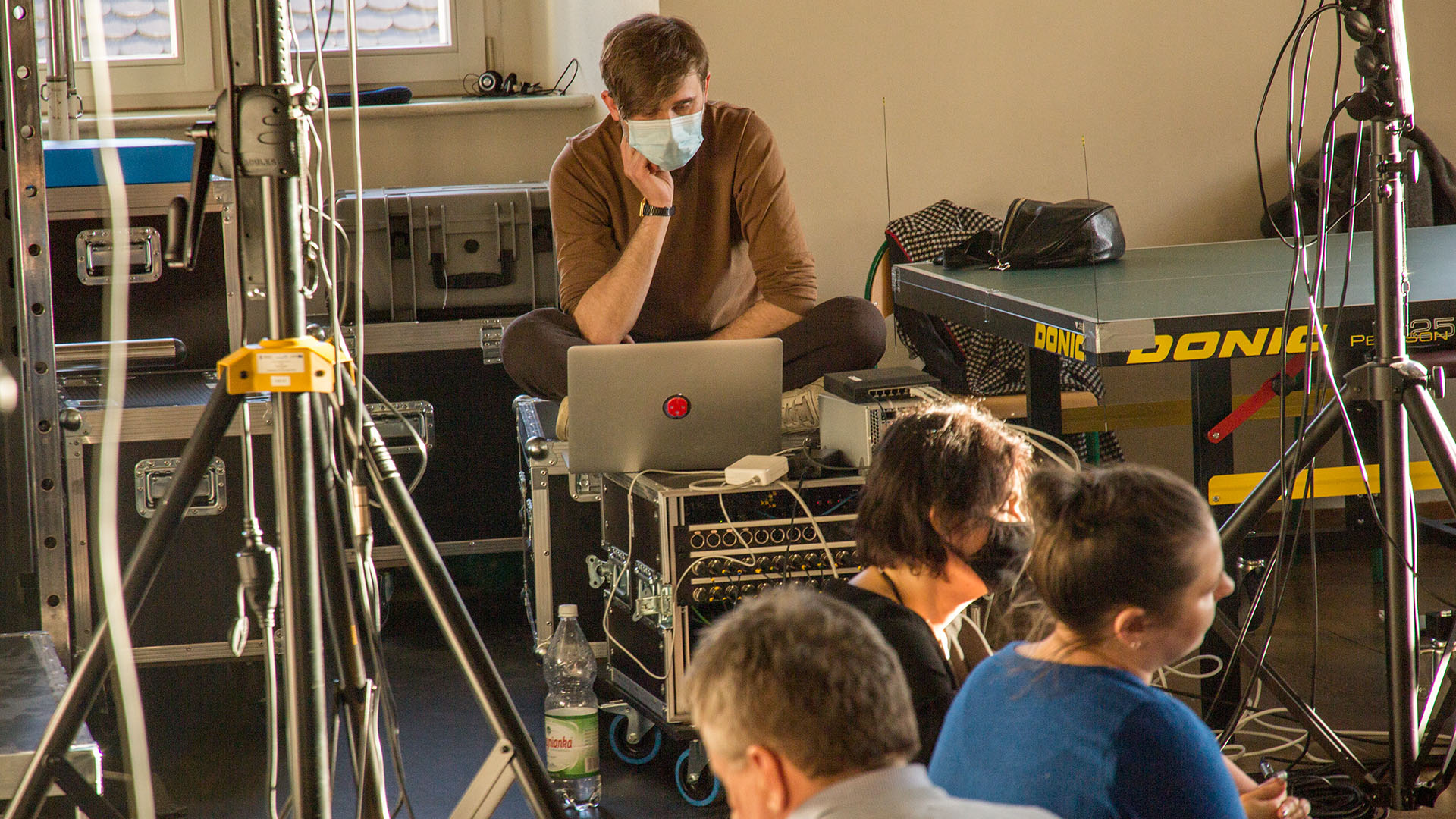 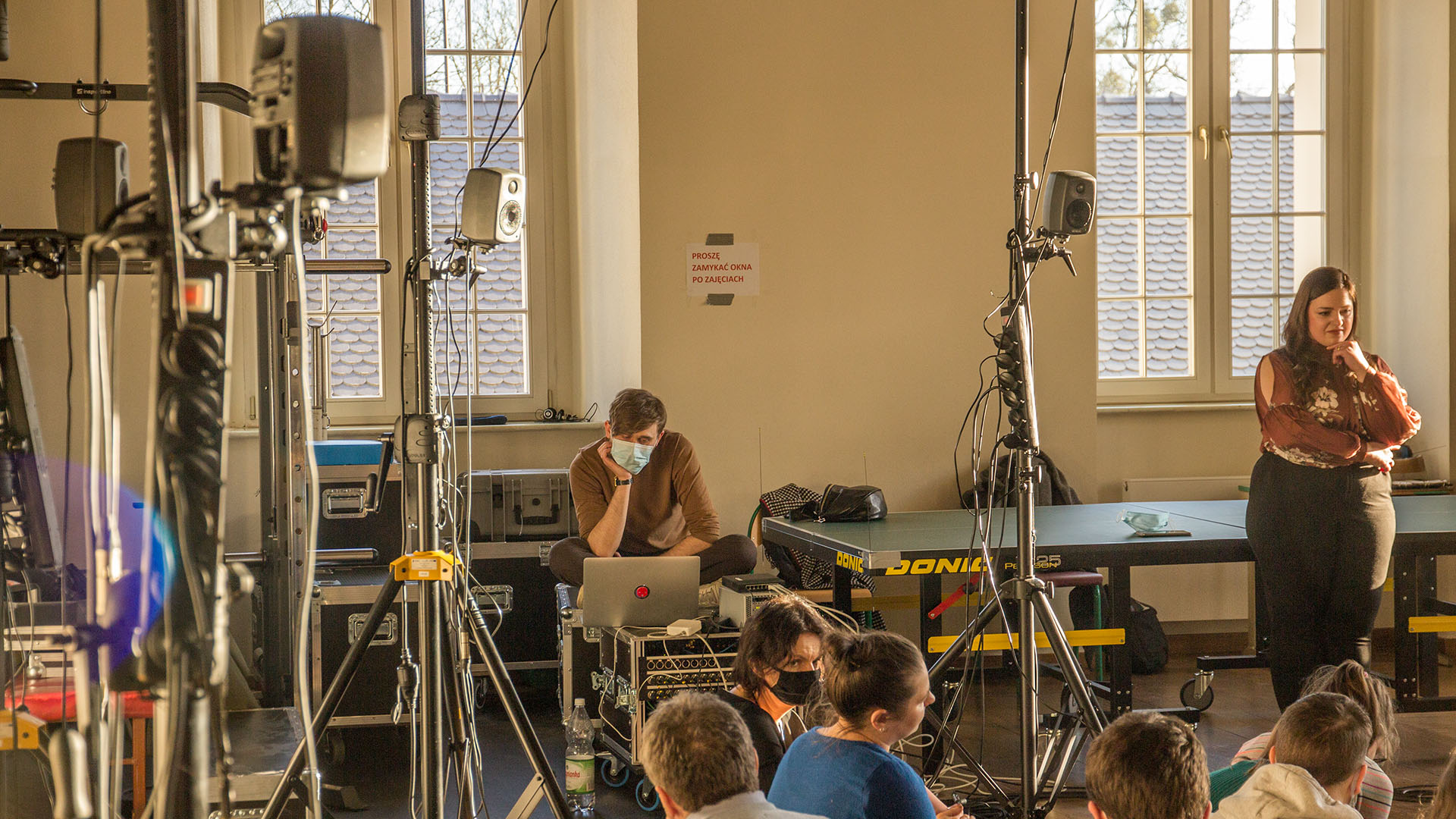 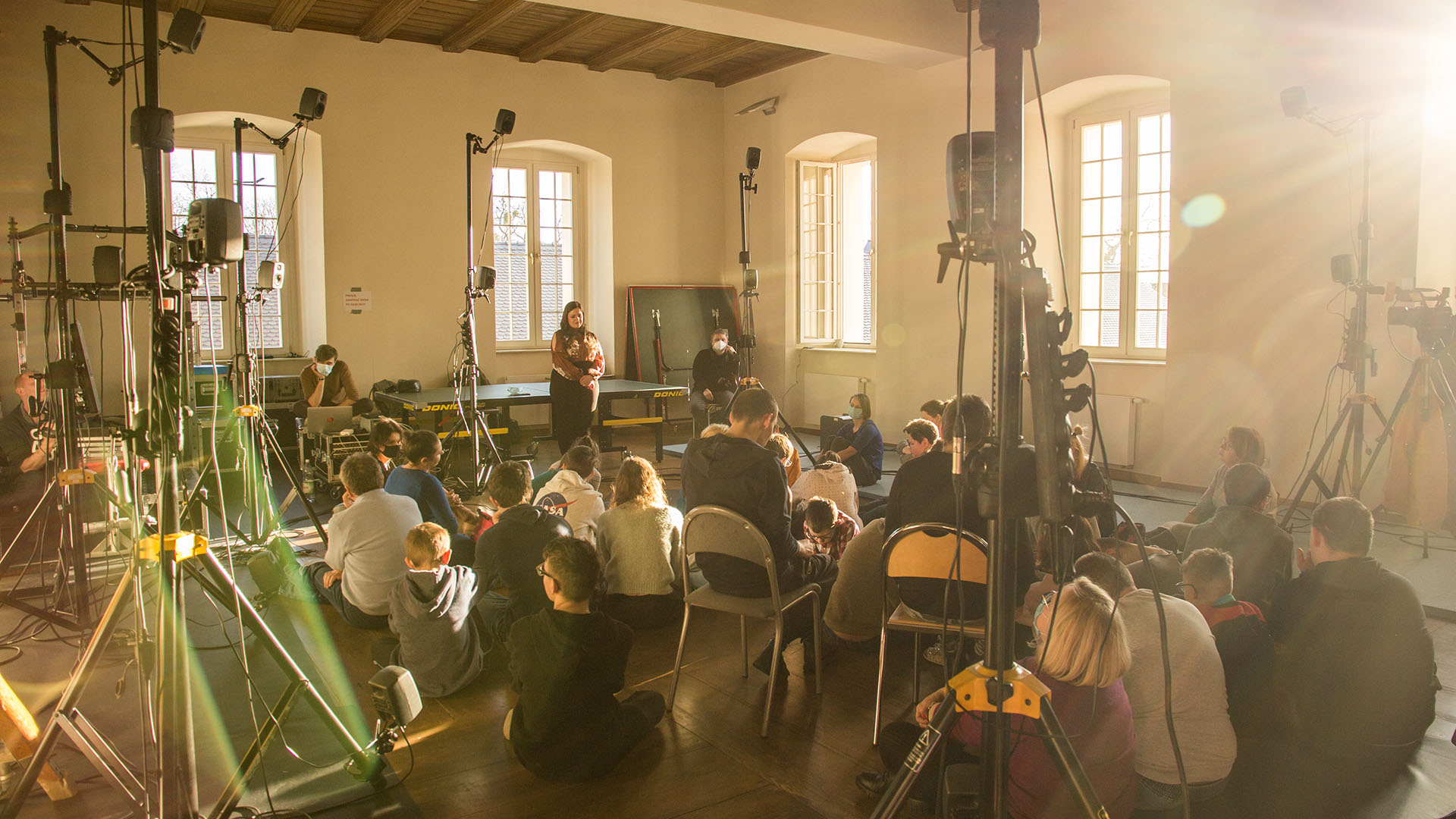 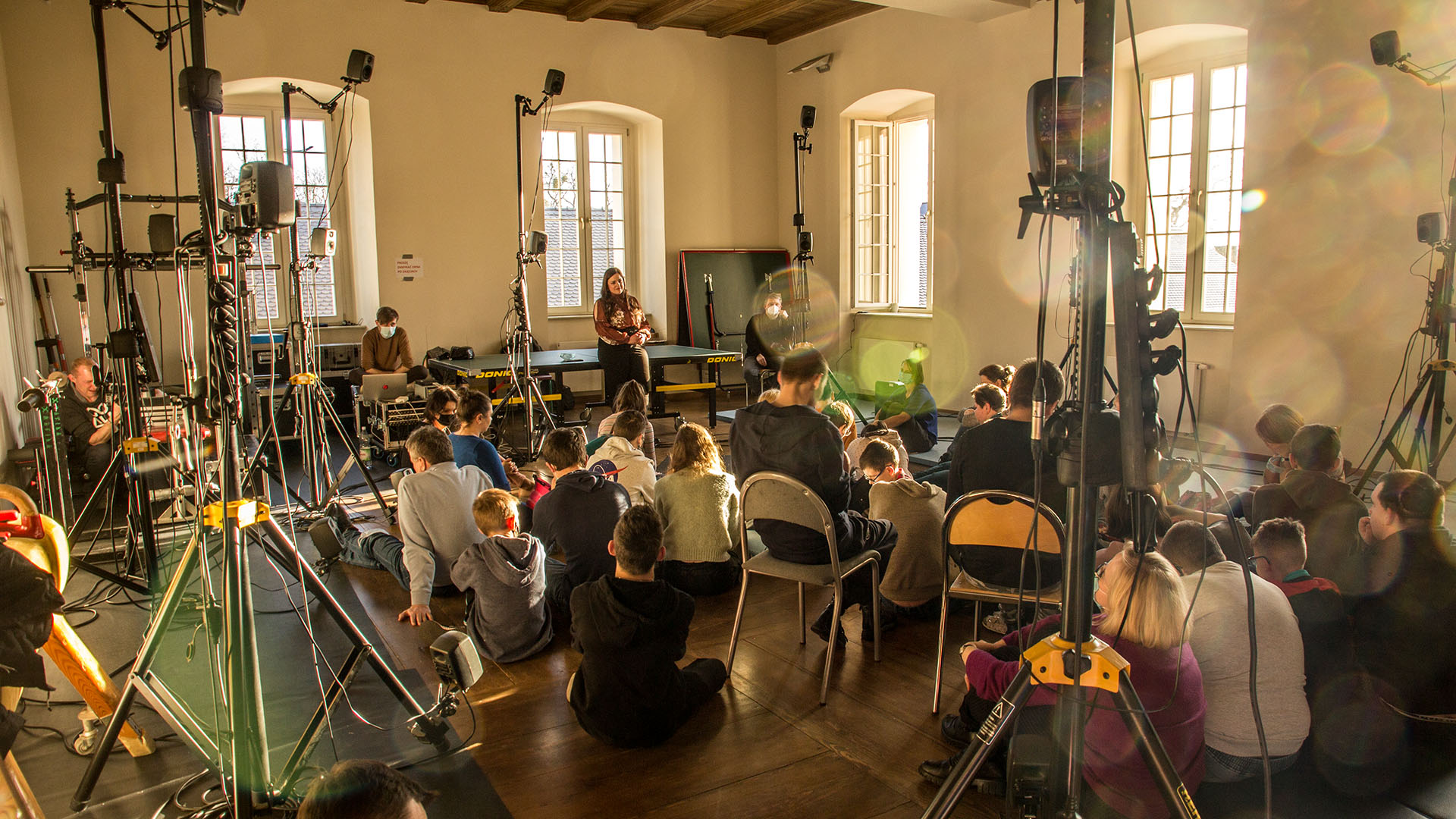