IBC Fair 2011: presentation of the achievements of Network Department

This year’s IBC fair is accompanied by a one-day „CineGrid Day 2011” conference, where the representatives of PSNC’s Network Department will present their achievements and applications related to high-definition video.

IBC fair is an international conference of hardware and software manufacturers, which also related to the content of television industry. It is one of the most important events in the global audiovisual market, during which the professionals involved in the creation, management and media issue are introduced to commercial offers of service companies and manufacturers of hardware and software.

The event consists of an exhibition (9-13.09.2011) and a conference (8-13.09.2011), where the latest developments in the fields of transmission, mobile TV, IPTV, digital signage and R&D will be presented, underpinning both the media industry and its future development. As in previous years, the event will be held in Amsterdam.

The fair will be accompanied by the „CineGrid Day 2011” a one-day conference, organized by University of Amsterdam, WAAG Society and SURFNet. During the conference, representatives of PSNC’s Network Department will present their achievements in high-definition video. They will demonstrate, among other things, 3D video streaming in 4K resolution from Poznań to Amsterdam. The transmission is pursued by coding system, JPEG2000 Intopix transmission and the software created in PSNC. The projection will take place using two 130-kilogram SONY SRX projectors T-105 transported especially for this occasion from the laboratory in PSNC. An adapter to the RED ONE 4K camera, which allows you to capture video live 4K, will also be presented. 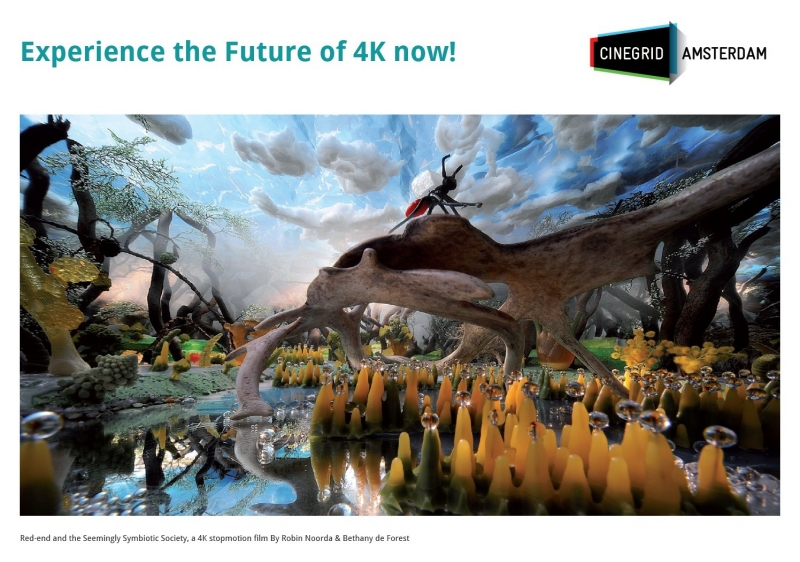