Innovating Together… in the near future

“Welcome to Maastricht, one of the oldest cities in the Netherlands and Europe!” With these words, the mayor of Maastricht – host of this year’s meeting, welcomed the participants of next TNC conference. Starting from medieval history, he referred to all historical events of this picturesque university town. The Terena Networking Conference 2013 was officially opened by the President of TERENA Organisation , Pierre Bruyere. The speech was rich in many warm words about the organizers, among which is the Dutch research network SURFnet, celebrating its 25th anniversary, as well as the PlatonTV team
This year’s conference, which runs through to Thursday afternoon, has the potential to draw a new path of modern ICT, especially those who are the creators and users of research networks, affiliated organizations around the TERENA organisation. It is worth noting that the most important events, clustered in four parallel tracks, will be registered by the PlatonTV television team, for which, in the exhibition hall of Maastricht a special conference studio was arranged. These video reports will also be present on our blog. 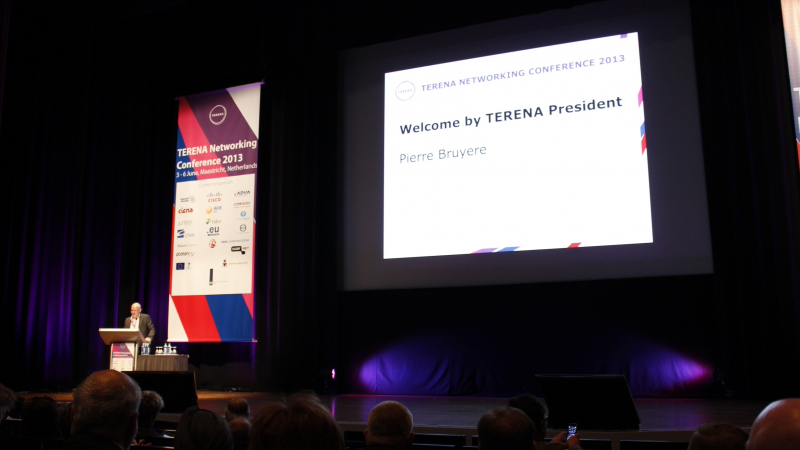 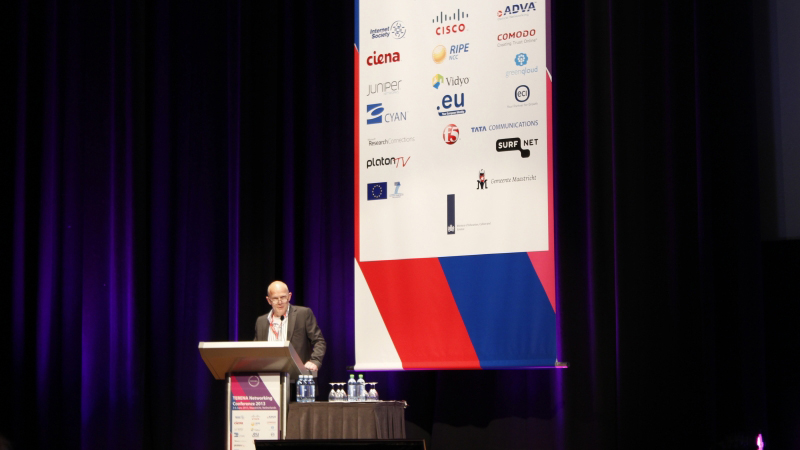 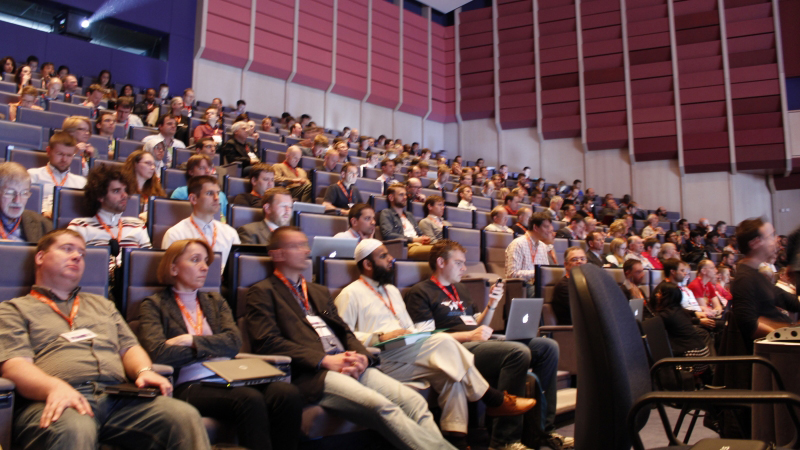 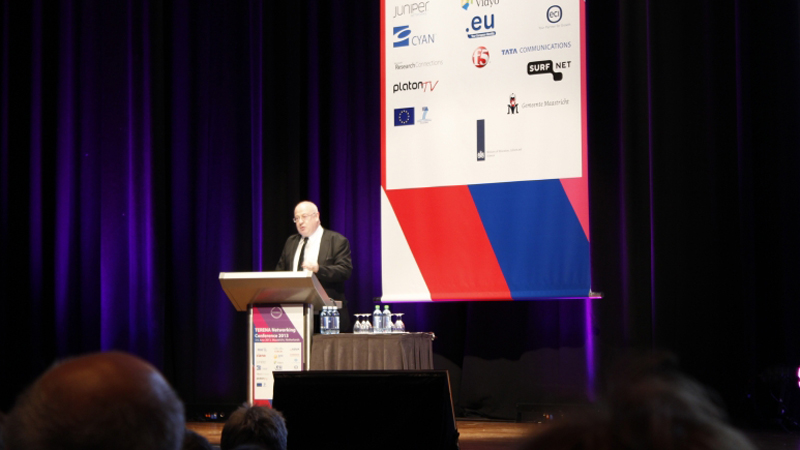 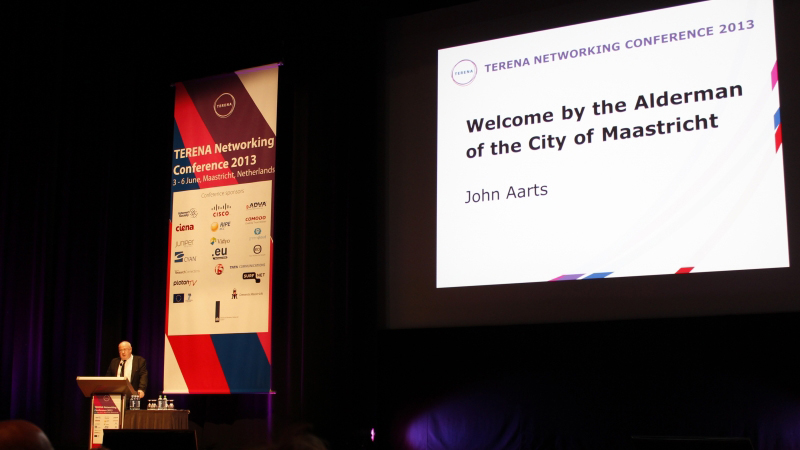 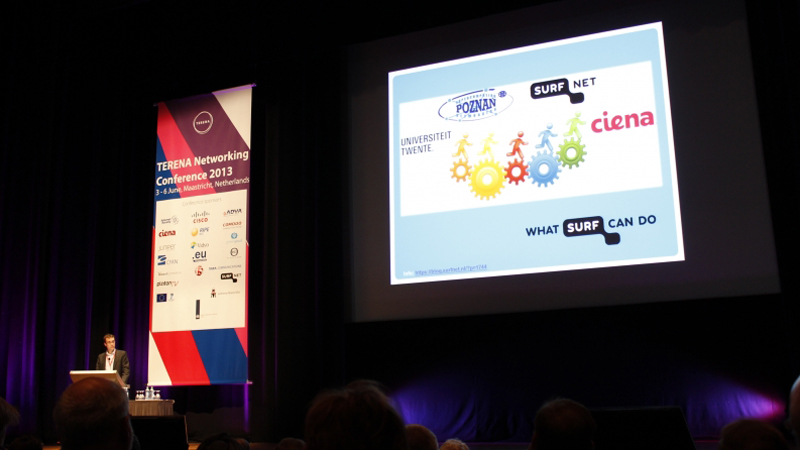