During the TERENA Networking Conference, taken place in Maastricht (Netherlands) on 3-6 June 2013, Poznan Supercomputing and Networking Center together with SURFNet, University of Twente and CIENA presented a long-distance human-robot interaction with multi-stream uncompressed stereoscopic UHDTV streaming. This was one of the first demonstration of streaming live 4K 3D streams over 2.000 km with seamless latency.

In a special build dark room, conference participants were able to play a game ”the leaning tower of Pisa”. Users in Maastricht controlled remote robot arm to place small objects of different size and weight on the tower construction. Such an arm tries to mimic the real world. For this demo two Haptic Master devices from University of Twente were used, both were network connected to each other and enabled users to control precisely the position and movement of remote objects at a long distance with a very low delay. The tower construction of the game was located remotely in Poznan, Poland. Participants had several visual live feedbacks such as: stereoscopic Ultra High Definition TV high frame rate (60p), 4K holographic illusion, 2D and 3D displays through various compressed and uncompressed video streams. Users were able to feel the haptic response from the robot arm. The measured video latency was only 50 ms without network transmission.

All video streams generated data?ow of 30 Gbit/s, therefore dedicated 40 Gbit/s all-optical path was set up. The optical link established from Poland, via Germany up to Netherlands reached about 2.000 km. For experiment purposes Ciena provided an Ultra-Long Haul network system to establish the 40Gbit/s connection between SURFnet and PSNC. The link one-way delay was about 10 ms, what made the demonstration of robot collaboration with video feedback feasible.

The demonstration proved the possibility of combining cutting-edge visualization, networking and remote collaboration technologies. Picture quality of all displays was excellent, especially an immersive stereoscopic large screen in UHDTV resolution. The demonstration partners successfully combined multiple research and education aspects and will share this knowledge with others. Lessons learned from the experiment and the experience collected can be used in next collaboration scenarios for more complex use cases for e-Health, e-Culture or e-Education. The last but not least conclusion from the demonstration is that without VISIONAIR support such complex demonstration and collaboration of multiple partners would be much more complicated. 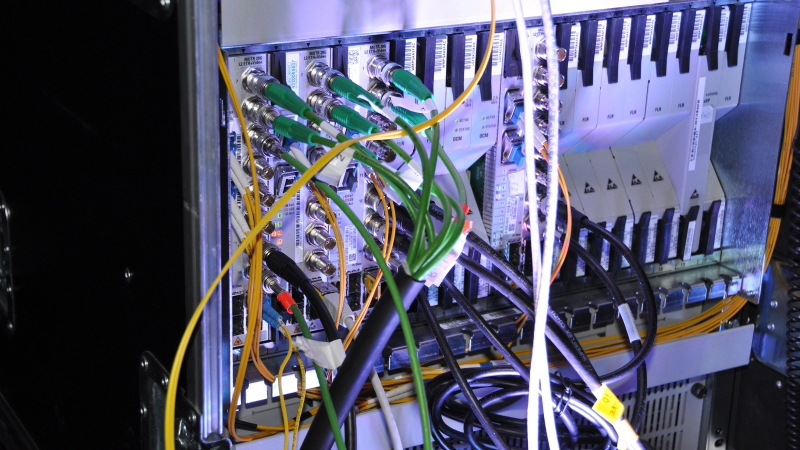 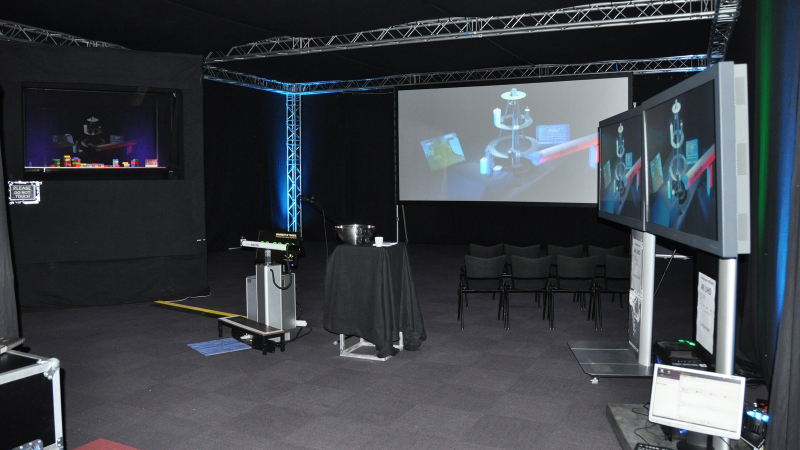 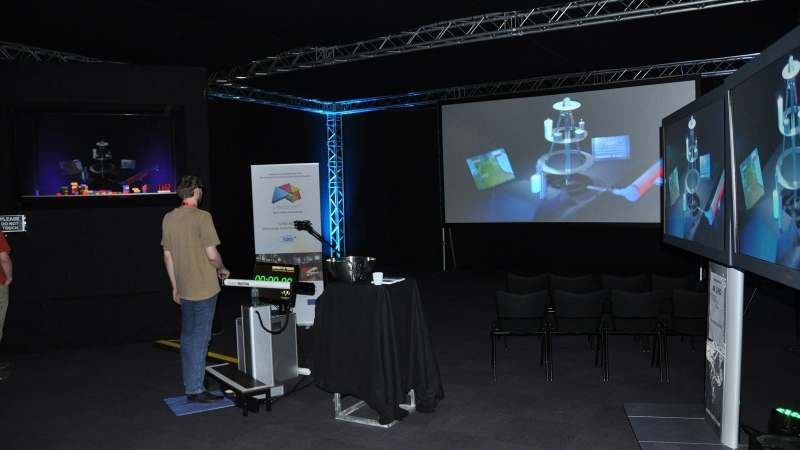 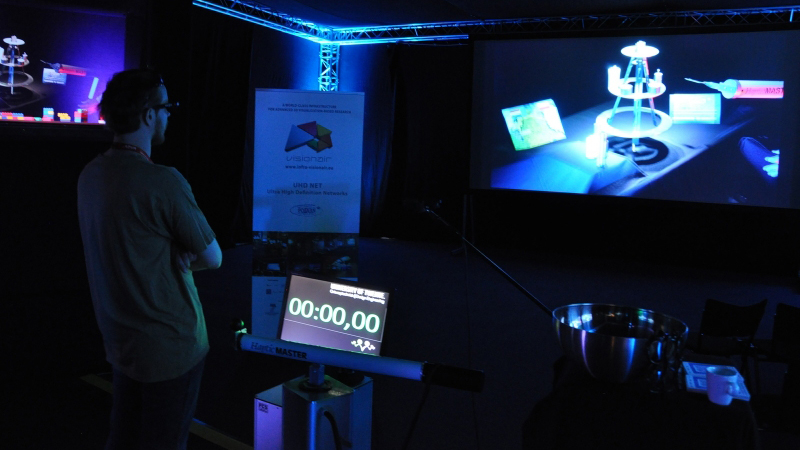 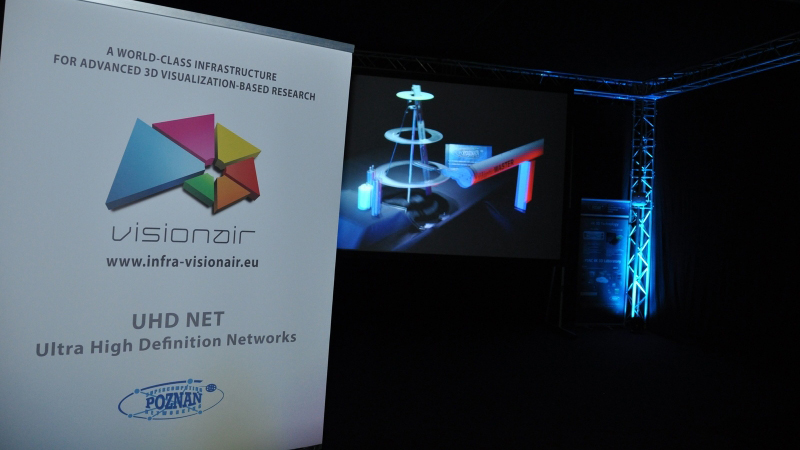 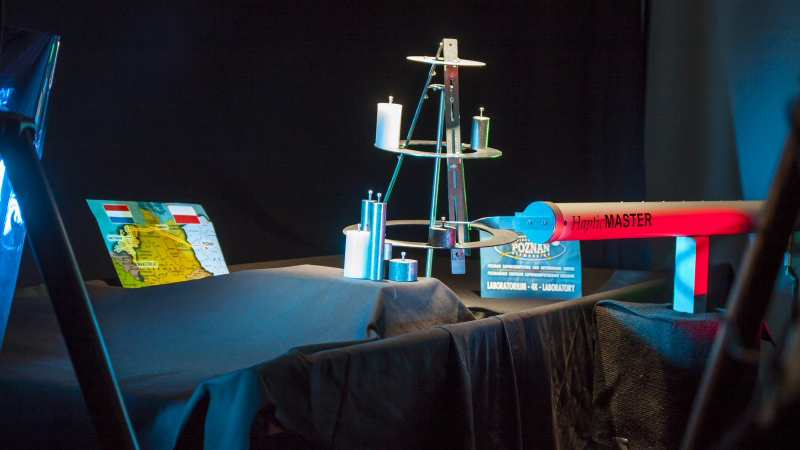 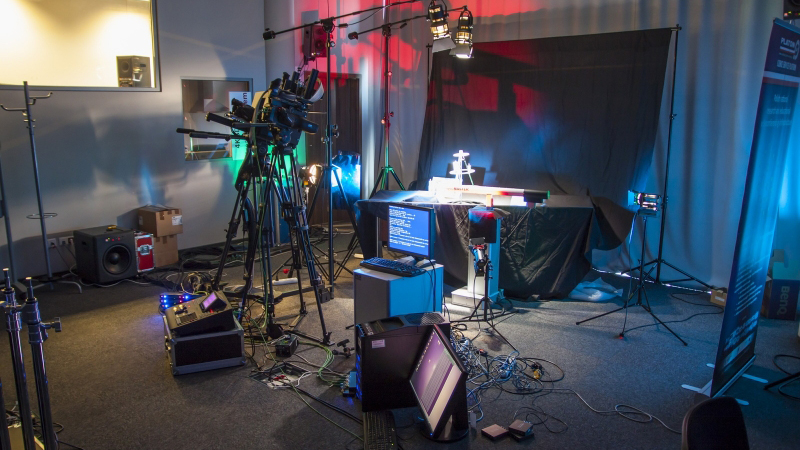