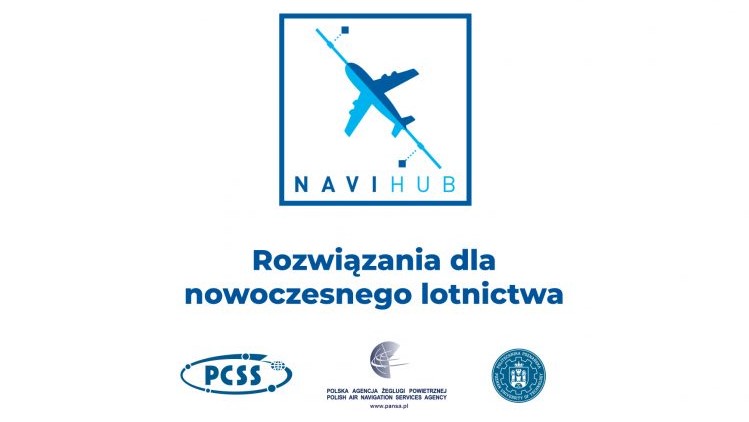 Simulation of adding many dispersed drones to live air traffic – that’s the NaviLab project in a nutshell, which will be launched as part of cooperation between Polish Air Navigation Services Agency and Poznan Supercomputing and Networking Center. This simulation laboratory will allow to create an air traffic management system which will be even more smooth and safe. And it will be supported by powerful computing power of the supercomputer located in Poznan.

NaviLab is another element of cooperation between the Polish Air Navigation Services Agency and PSNC within NaviHub initiative. It is a software laboratory that will allow to use of air traffic management systems currently used by controllers for simulations and tests. It will allow to analyze safety of introducing a large number of dispersed unmanned aerial vehicles (UAVs) into the Polish airspace, which will share this space with manned aircraft.

NaviLab is ready to simulate the addition of virtual drones to real traffic in the Polish sky. Thanks to this, it will be possible to study the impact of UAVs on air traffic safety, airspace capacity as well as on the external environment. Based on NaviLab simulations, various solutions will be tested regarding the methods of flight coordination, as well as the configuration of the airspace so that it meets the needs of not only manned but also unmanned flights. In all airspace classes and at all altitudes, including very low.

NaviLab will be launched in April this year. Thanks to the cooperation of PANSA and PSNC, the computing power of the Poznan supercomputer and the infrastructure of the broadband national scientific network – PIONIER Polish Optical Internet will be used to carry out these complex simulations.

The key advantage of NaviLab will be the possibility to conduct complex research and tests in an environment as close to the real world as possible. Conducted Simulations will help in the development of new solutions to ensure the highest safety of air traffic in an increasingly complex space. A dynamic airspace configuration system will be developed for the management of distributed traffic of autonomous unmanned aircraft and air cabs, which will be used in the construction and organization of U-Space for the Central Communication Port and urban areas.
Modern and fully digital technologies will make the air traffic management system even more smooth and resistant to various external factors, such as a sudden increase or decrease in air traffic.

NaviLab is part of a joint initiative of PANSA and PSNC called NaviHub. It is a platform that combines knowledge, competences and experience of institutes, universities, enterprises and aviation facilities. The goal of NaviHub is to create and test modern solutions for navigation and air navigation, which will be used at both existing and new airports in Poland. The project was first presented on May 25, 2019 by representatives of PANSA, PSNC and Poznan University of Technology.