President of the Republic of Poland visited PSNC 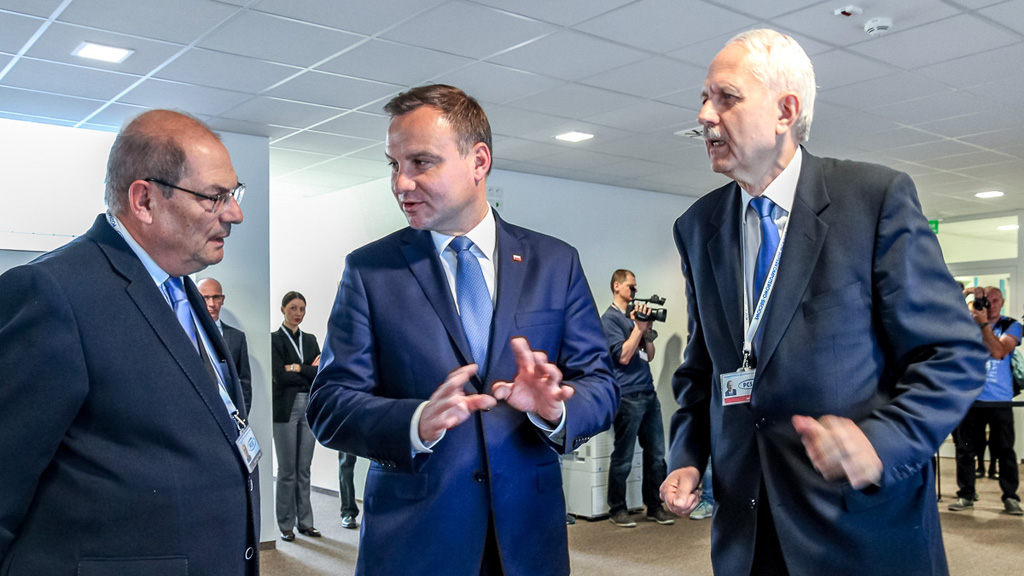 The new headquarters of PSNC named Polish Optical Internet Research Center (CBPIO) was officially opened 22/23 September 2015 in Poznan (Poland). The central point of the second day of the event was the visit of the President of the Republic of Poland Andrzej Duda. The president met with the Directorate and employees of PSNC during an occasional conference.

The president had the occasion to visit some of the laboratories of the Center and to enjoy the spectacle which was a mix of technology, media and art. This event was attended by numerous representatives of media, although it was also an opportunity for direct talks with the PSNC crew.

The new Center is located in Poznan, street Pope John Paul II, in the immediate vicinity of the University of Technology, which is involved in cooperation with PSNC in the framework of the Centre for Advanced Information Technology (WCZTI). CBPIO includes data center (ie. building of technology rooms) and the associated laboratory and office facility. The specialized ICT laboratories will be integrated with the PIONIER network and, through it, become available to Polish and foreign scientific community, as well as to those working in the field of ICT research and innovation. Thereby CBPIO will be an important element of the European Research Area.

President Andrzej Duda was keenly interested in the research aspects of new technologies developed by the Poznan Supercomputing and Networking Center; he congratulated the workplace and new perspectives which, as he noted, are extremely important for the development of the country. During the short, direct meeting with the members of the PIONIER Consortium the President emphasized the role of the Polish Optical Internet which is an important part of Polish research infrastructure. The President had also the opportunity to exchange a few words with the participants of the conference sessions.

The meeting with the President of Poland Andrzej Duda was a real ennoblement for the guests pf the opening of the Polish Optical Internet Research Center (CBPIO). By the end of the day, the new building hosted workshop sessions of the conference, which sought to define new horizons of work faced by Polish scientists. For the Poznan Supercomputing and Networking Center it is a new stage of its history marked by successive discoveries of technologies of the accompanying vision of the digital society.

Visit of the President: 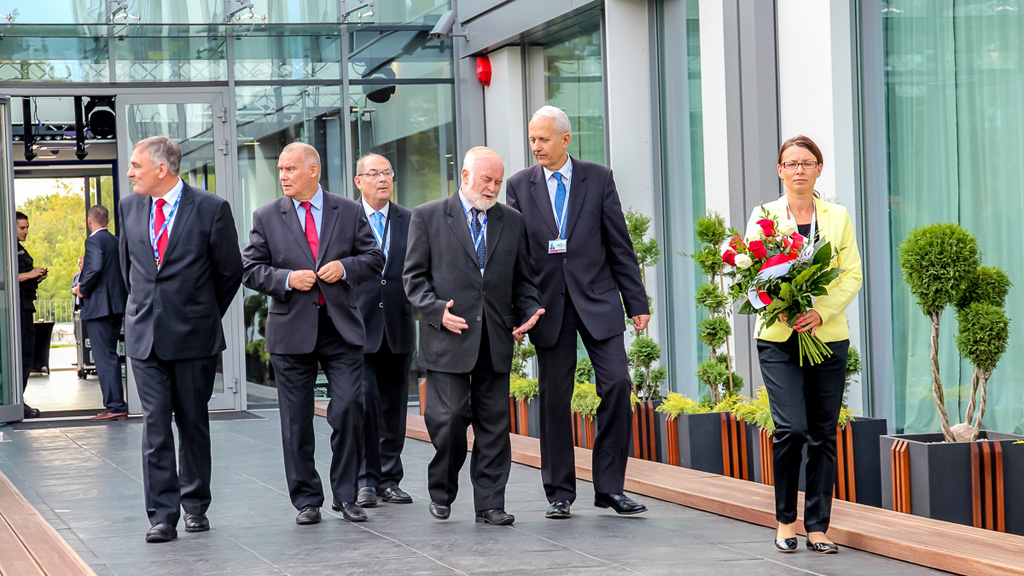 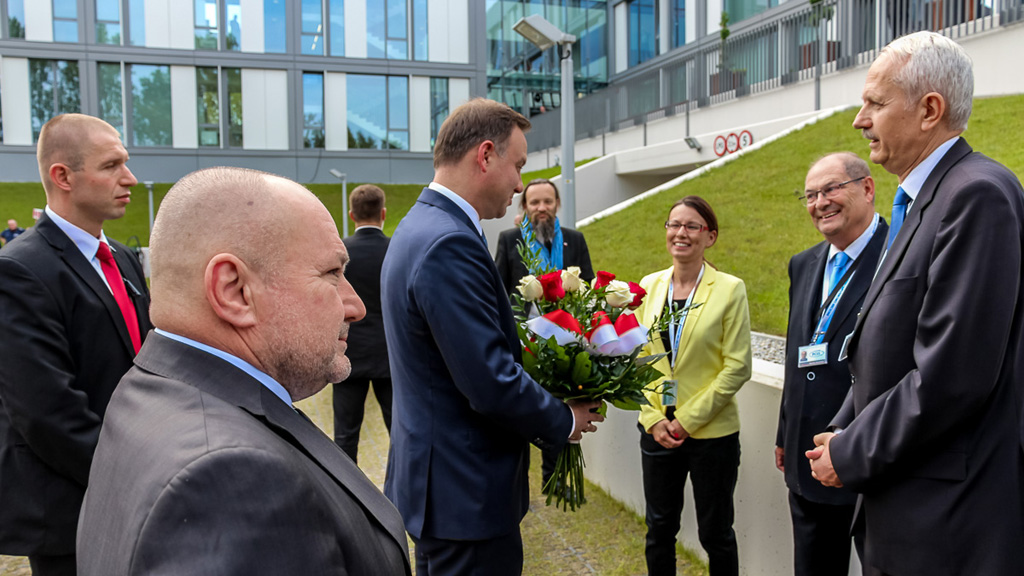 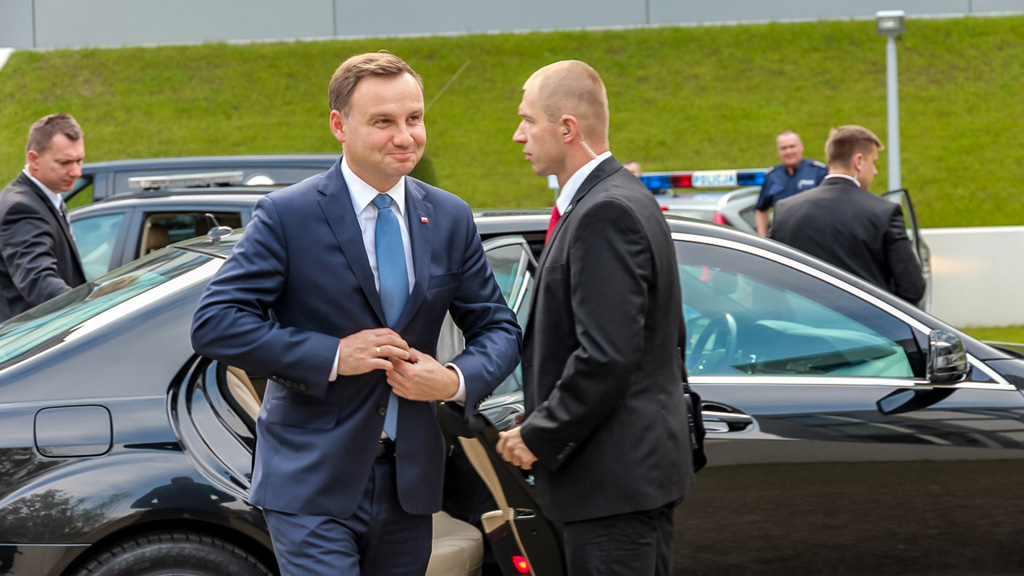 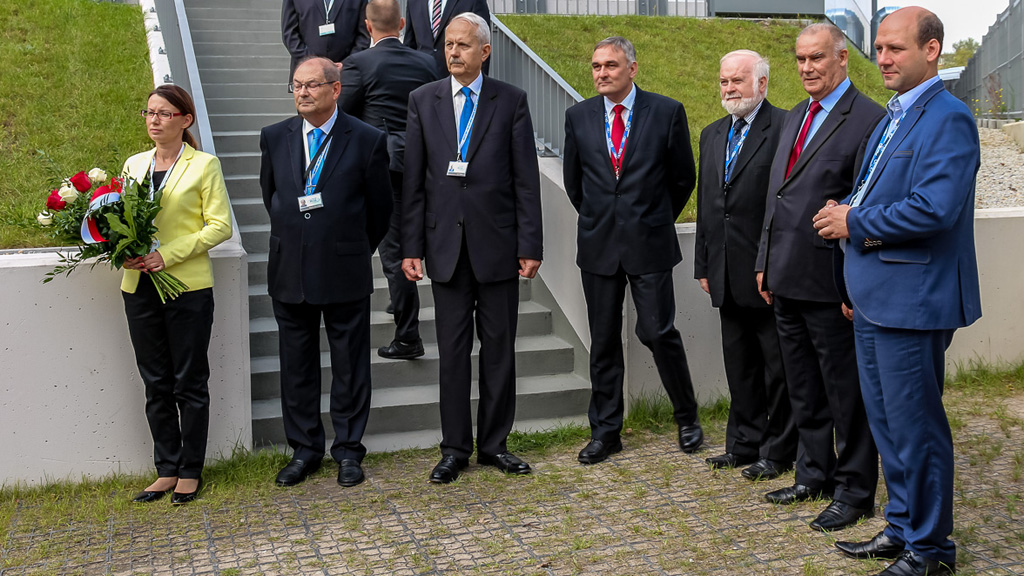 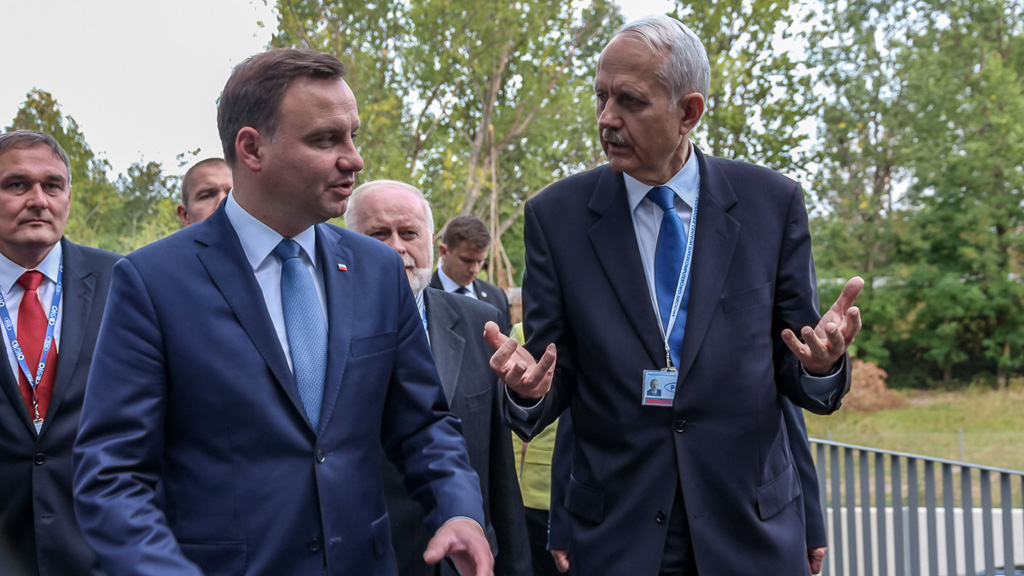 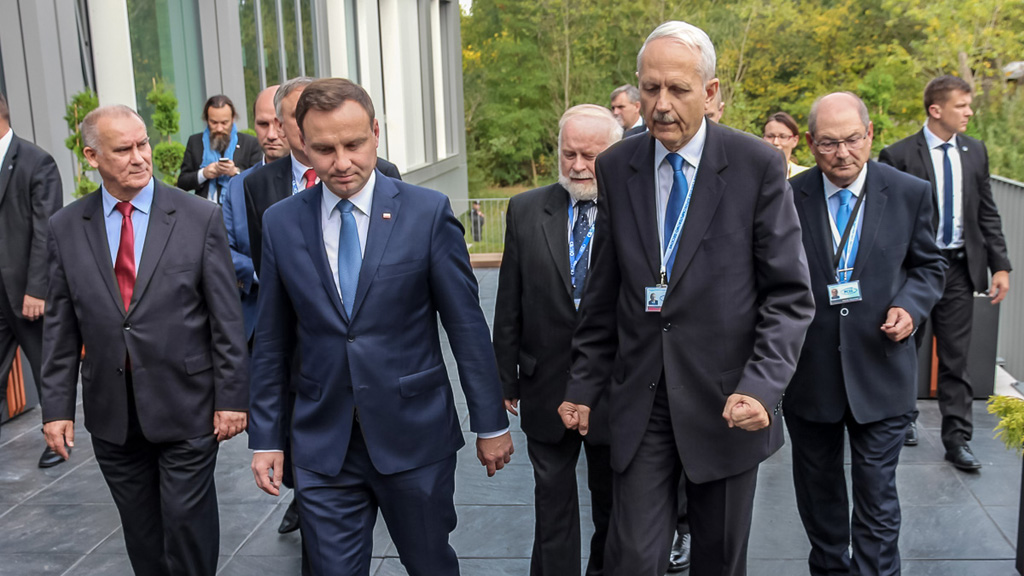 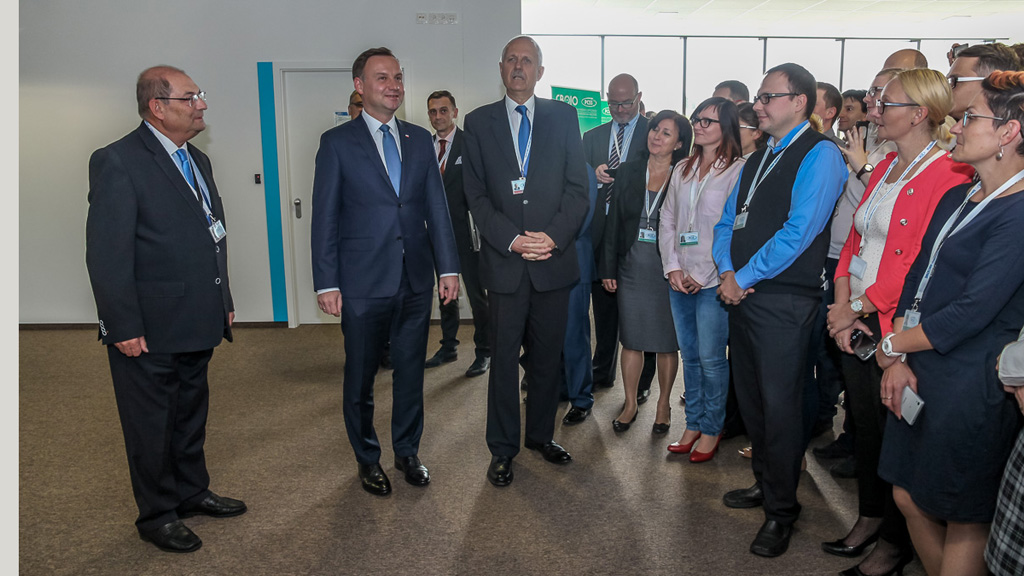 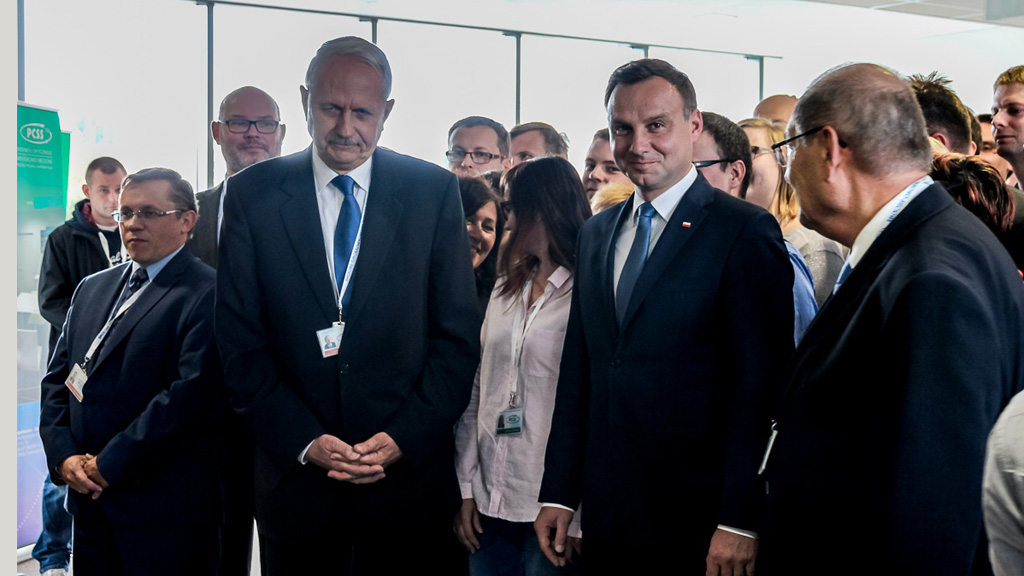 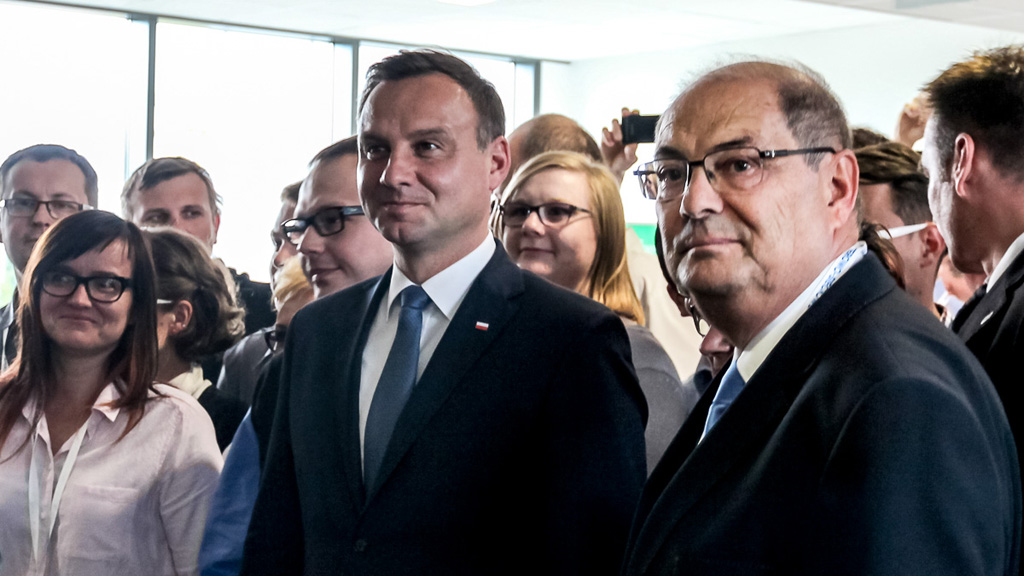 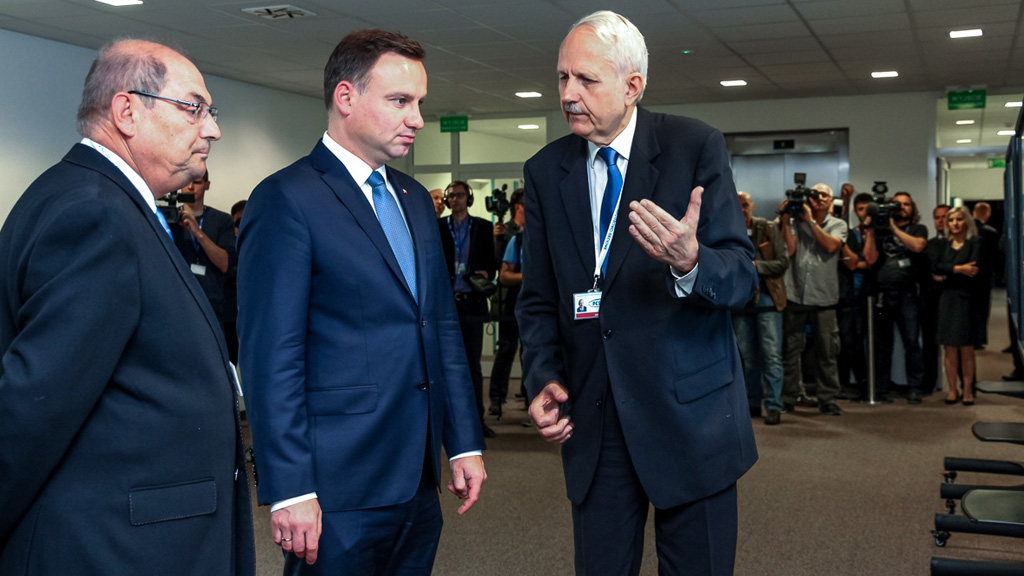 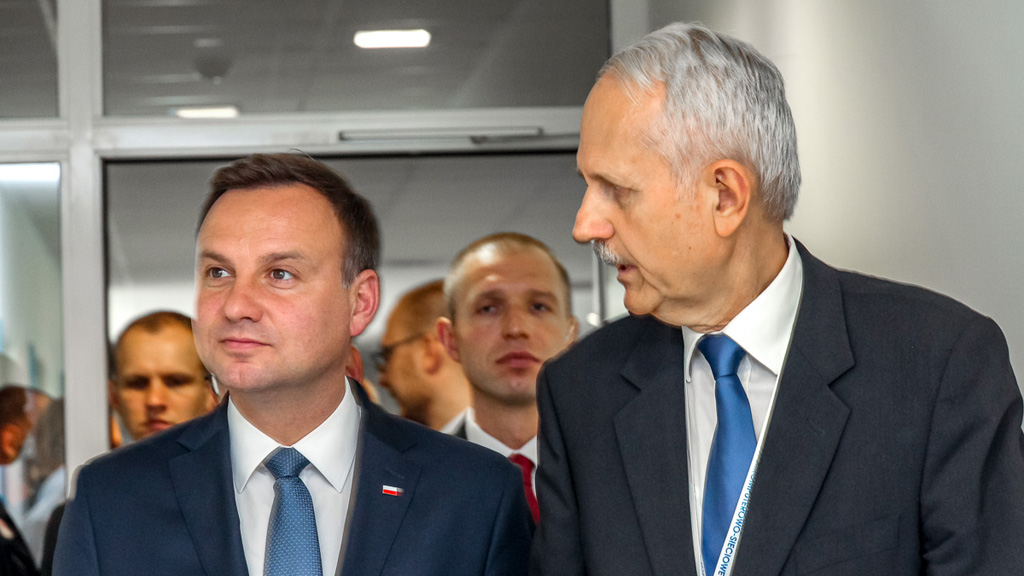 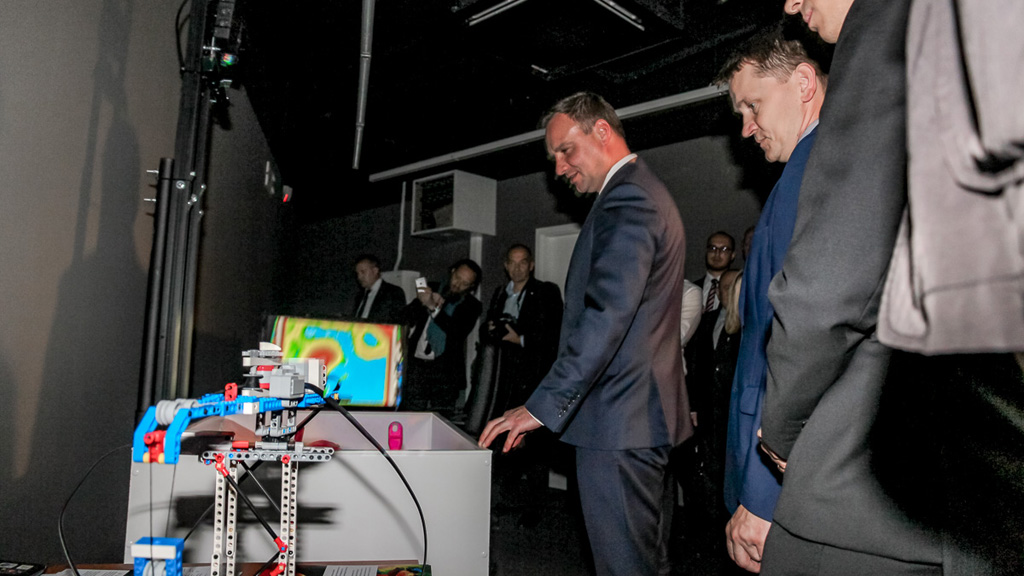 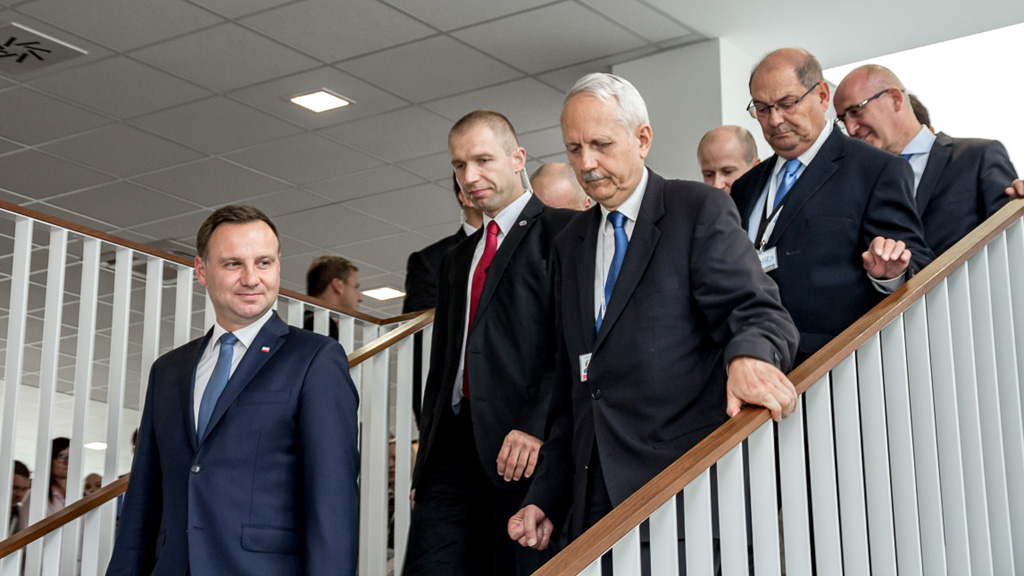 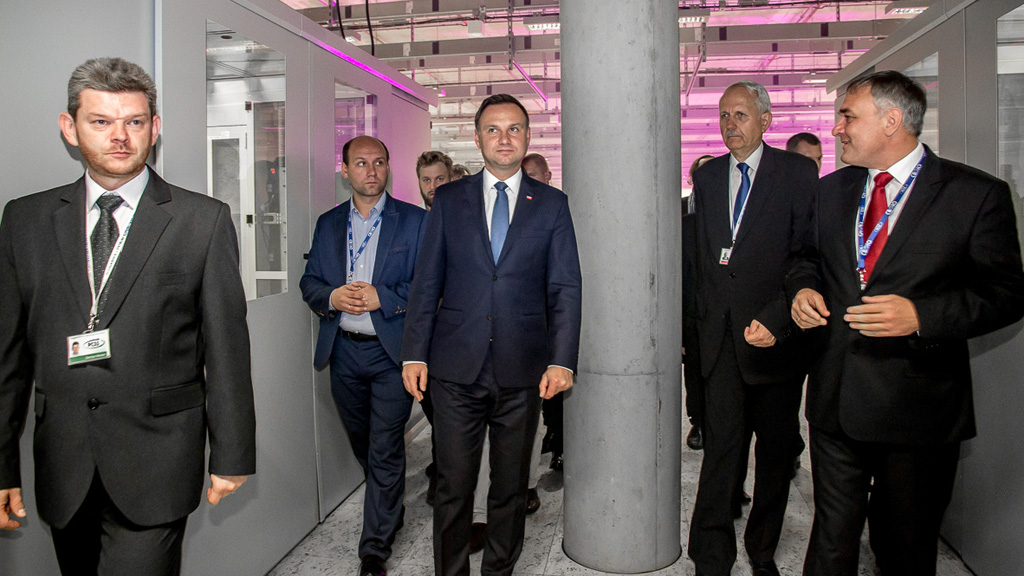 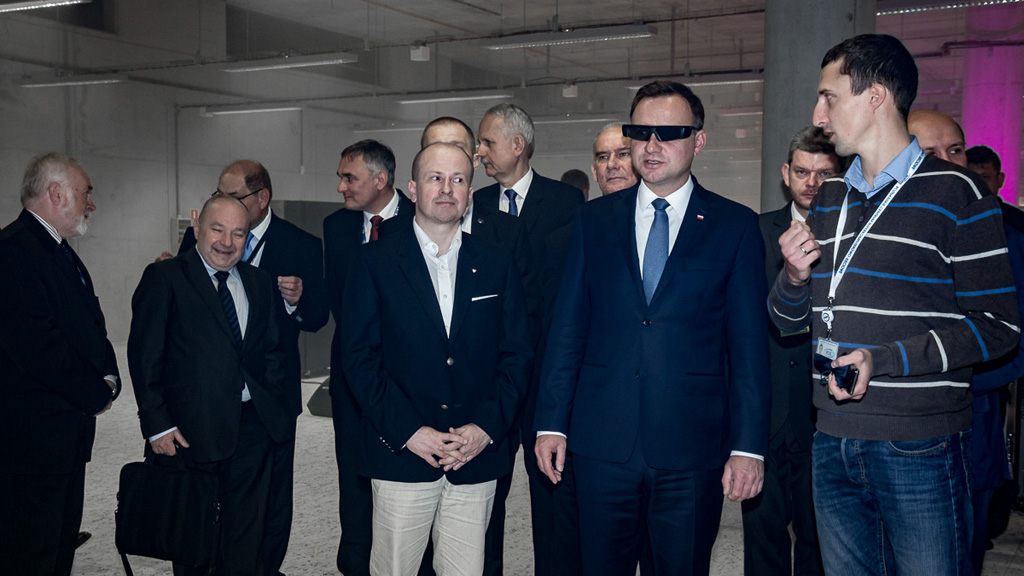 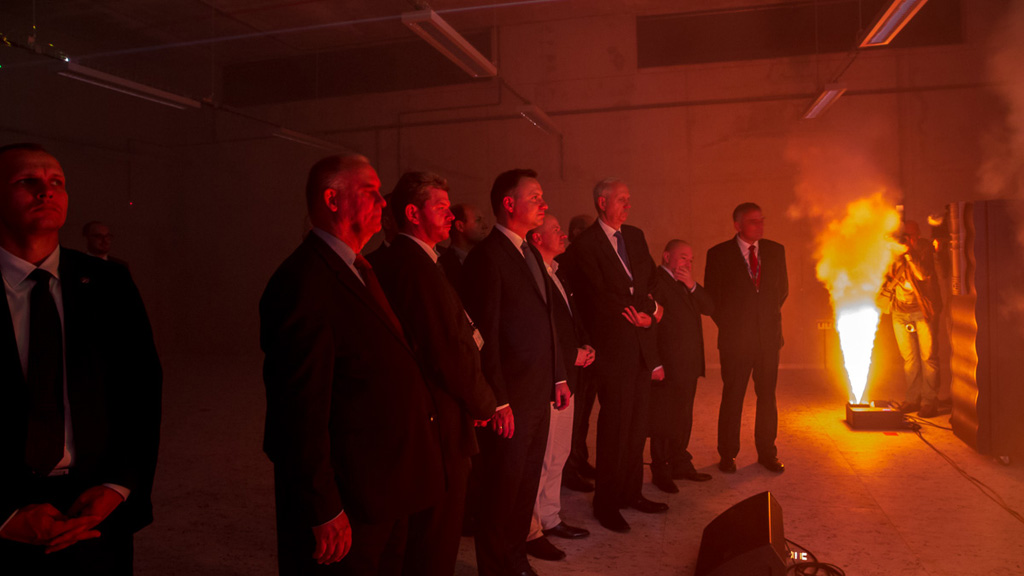 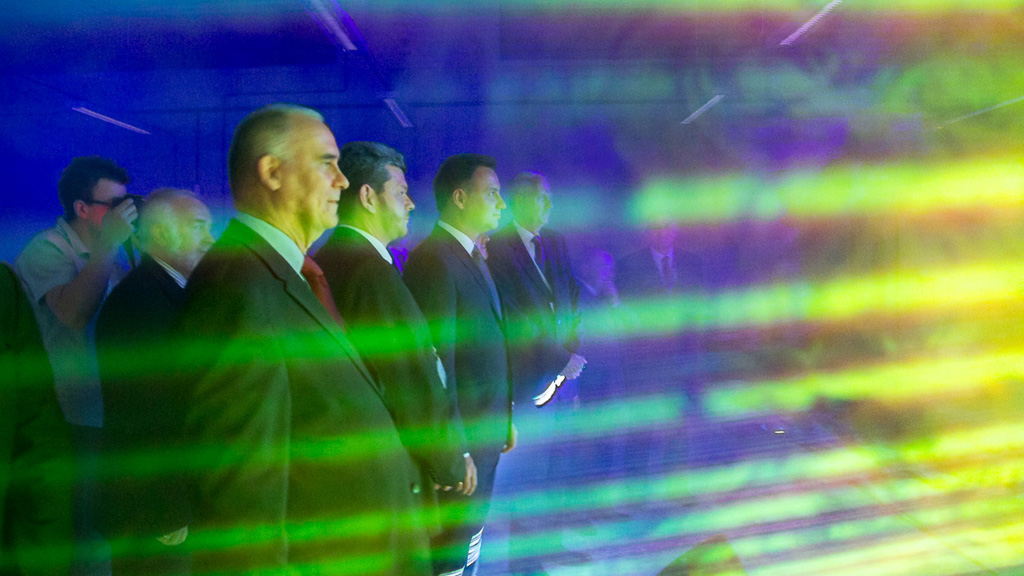 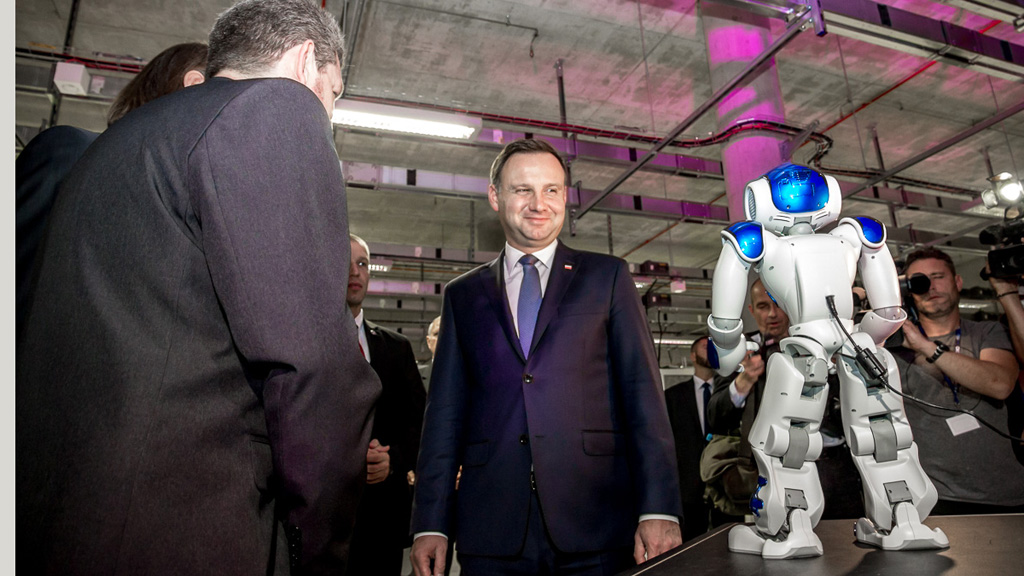 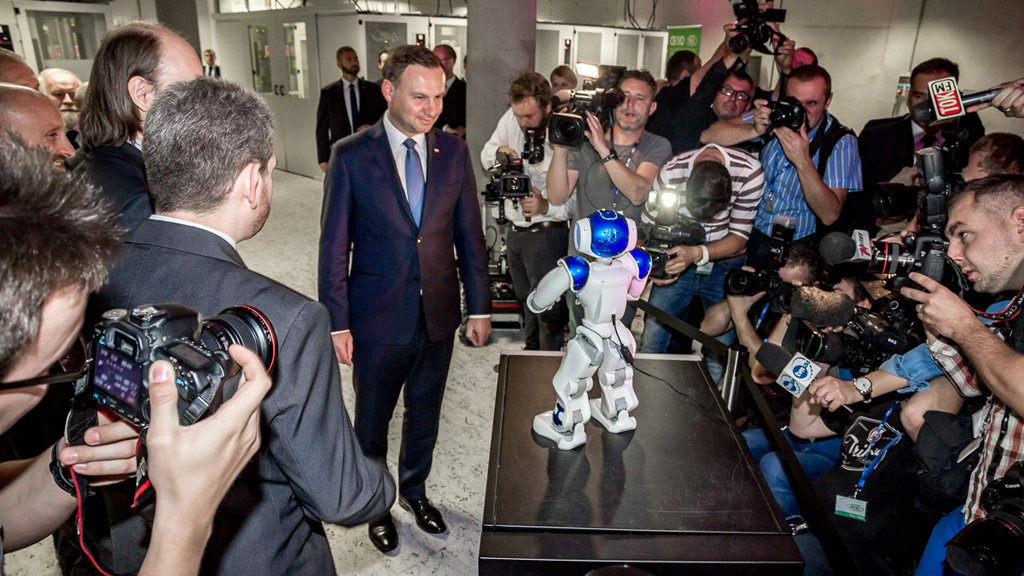 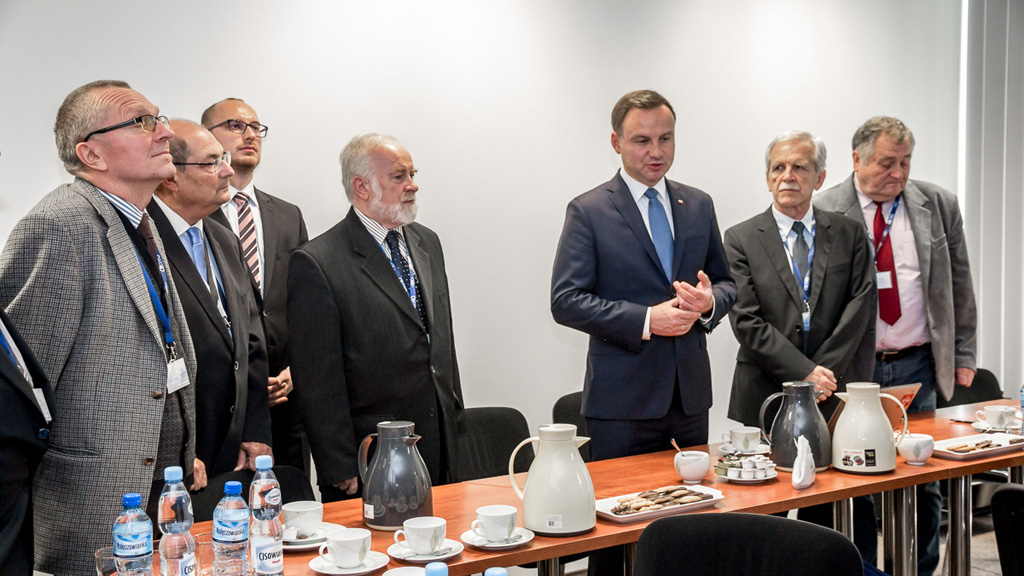 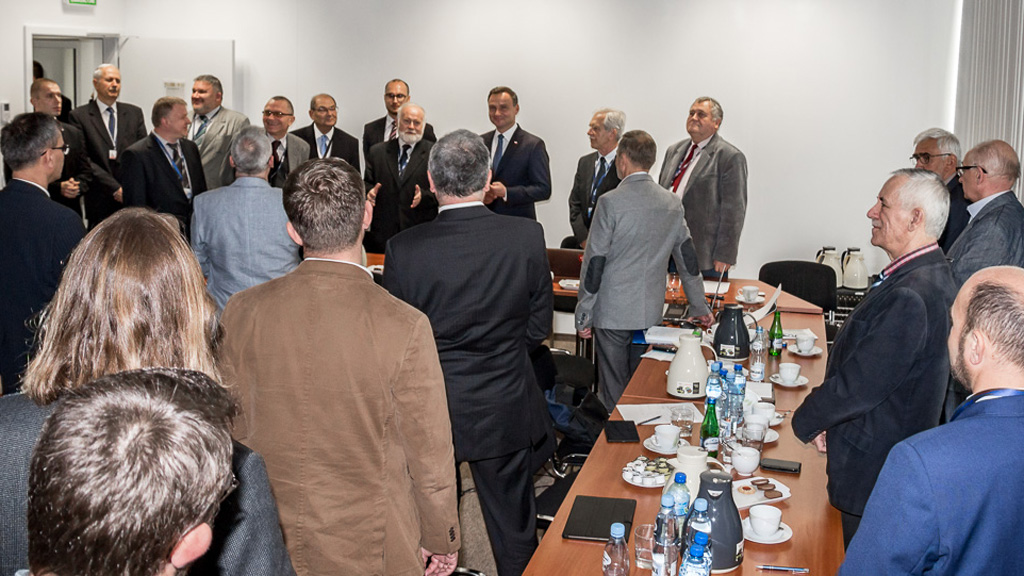 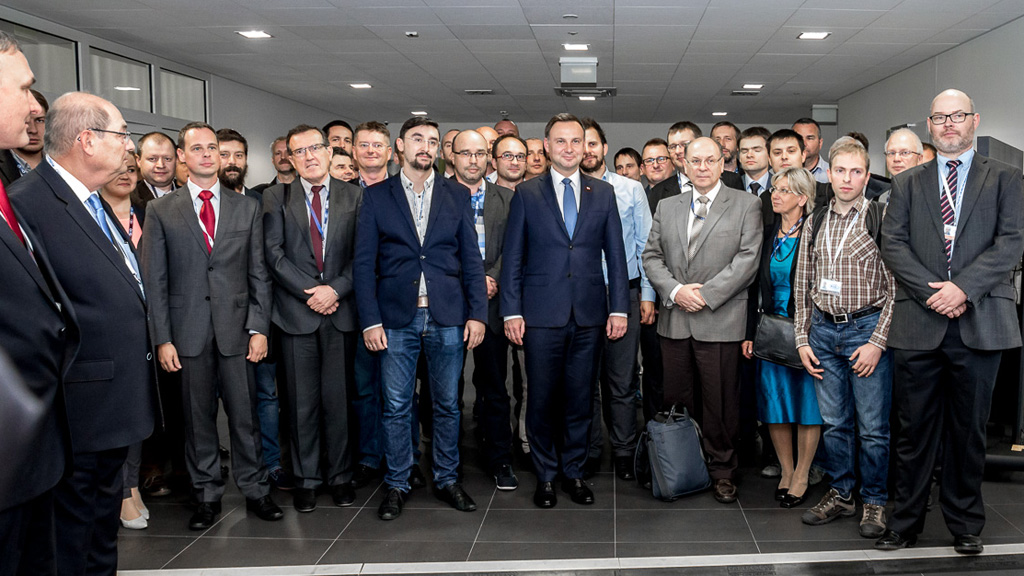 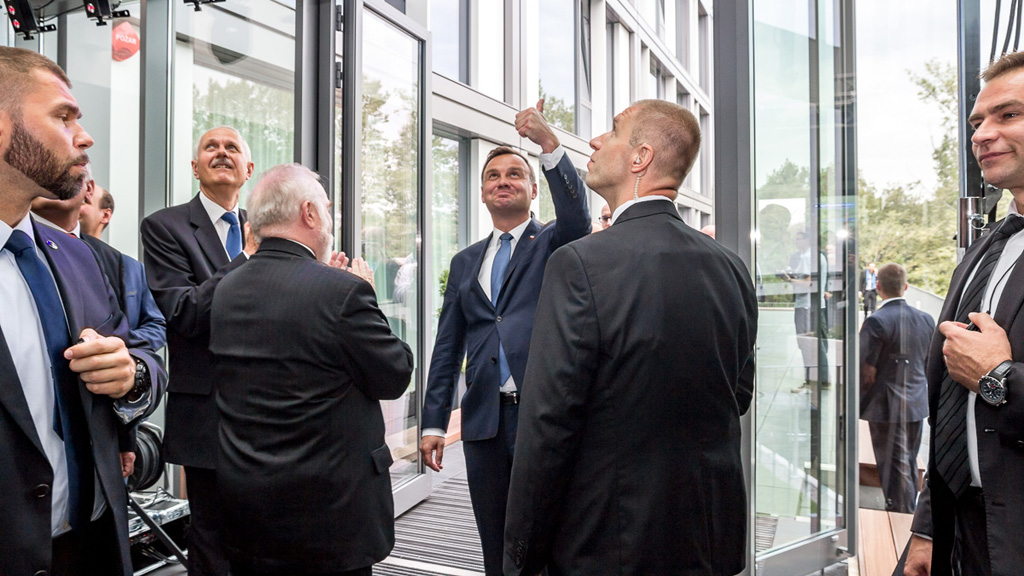 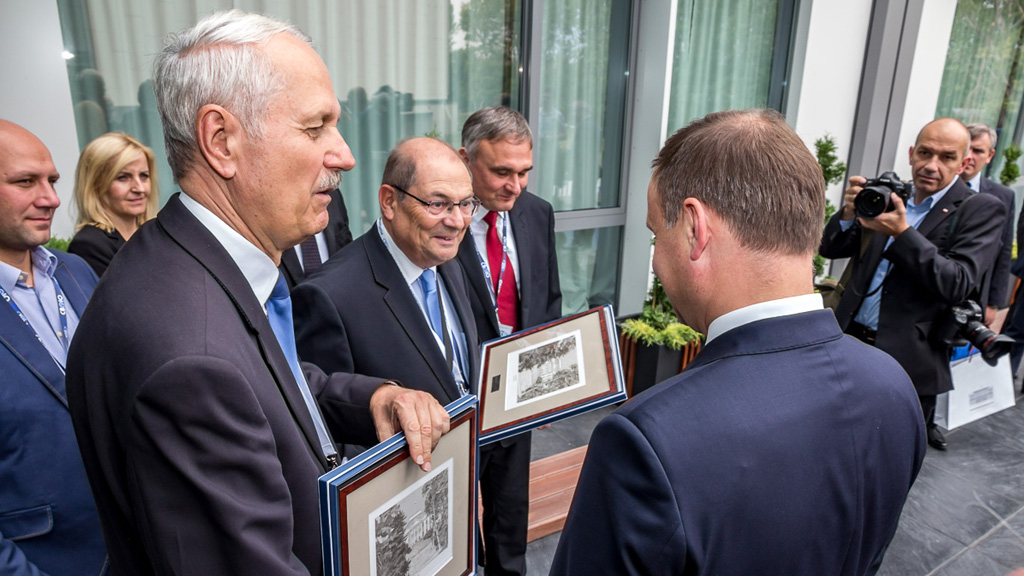