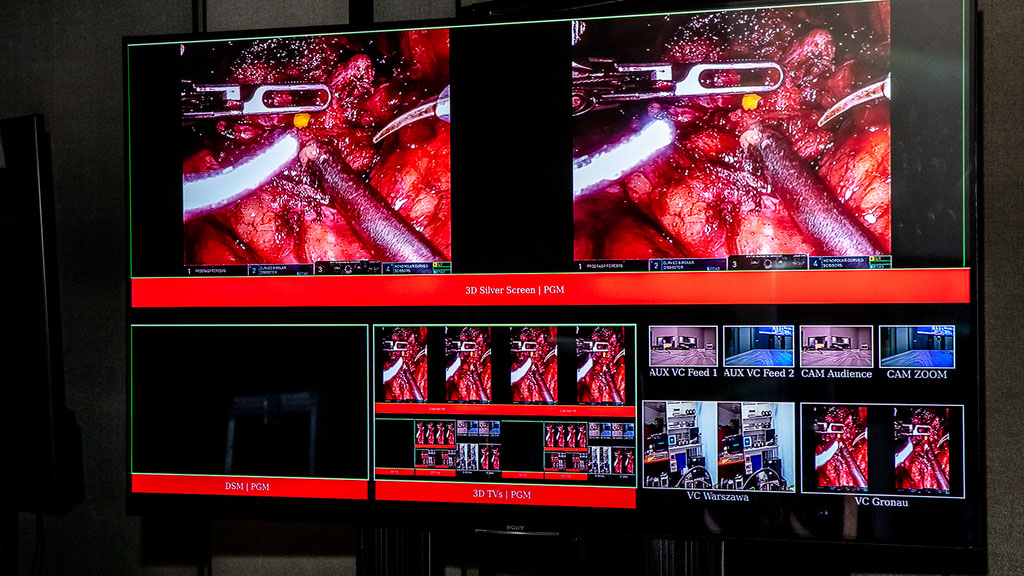 During the 1st Scientific Symposium of the Robot Urology Section of the Polish Urological Association (January 10, 2020, Warsaw), the Live Surgery Session will be held, during which – for the first time in Poland – the broadcast will be carried out in 3D technology. PSNC and medVC are the event’s partners.
The Section’s first scientific symposium will be entirely devoted to the issue of preserving the neurovascular bundles during radical prostatectomy. An important part of the Symposium will be an interactive connection between the Westin hotel conference room and the operating rooms of the hospital in Warsaw and Gronau in Germany. At the same time, two urological procedures will be broadcasted using the da Vinci operating robot. The transmission will be transmitted in 3D and – importantly – it will be a simultaneous transmission, i.e. viewers wearing 3D glasses will be able to track both operations on two screens.
News >
See more