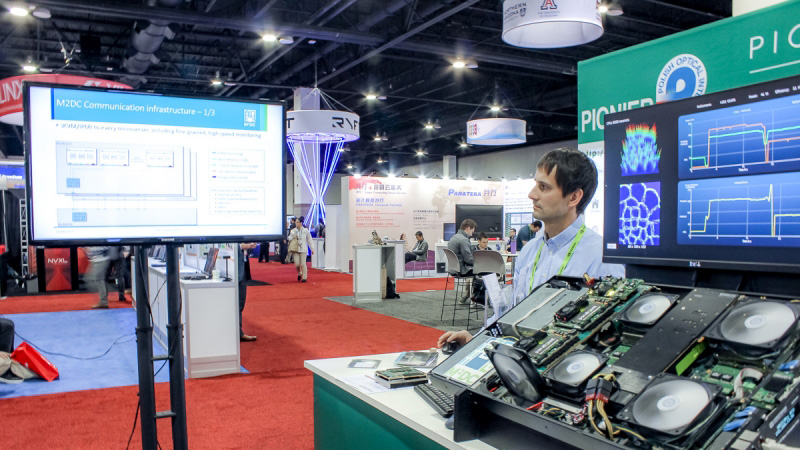 For the 12th time, PSNC is presenting its achievements at the world’s largest conference focused on HPC. During this year’s SC edition (12-17 November 2017) we are presenting among other topics: the demo of WebRTC 4K video conferencing system and the demo of M2DC low-power server system.

The PSNC/PIONIER booth (#981) is located in the vicinity of such institutions as SciNet, the largest Canadian supercomputing center and NICT, the Japanese National Agency for Research and Development.

Among the latest developments in r&d projects presented by PSNC are: ESCAPE (the new generation numerical platform of weather forecast), ROAM (revolutionary approach to optical fiber transmission with the use of orbital angular momentum of light), EoCoE (Energy oriented Centre of Excellence for computing applications) and ARM (efficient use of HPC computational resources).

The first demo presesnted is the WebRTC video conference in 4K quality, which is the result of a study carried out under the JRA4-T5 task of GÉANT project . Its main goal is to present the current state of development of WebRTC and the possibility of combining it with high resolution multimedia equipment. A two-way 4K WebRTC video conference connection was established between Poznan (Poland) and the PSNC/PIONIER booth at SC17 in Denver (USA). This connection is made using the software and services developed during Phase I of GN4-2. The direct videoconferencing connection between GÉANT and PSNC stands has also been established to showcase recently implemented features such as text messaging and screen sharing. 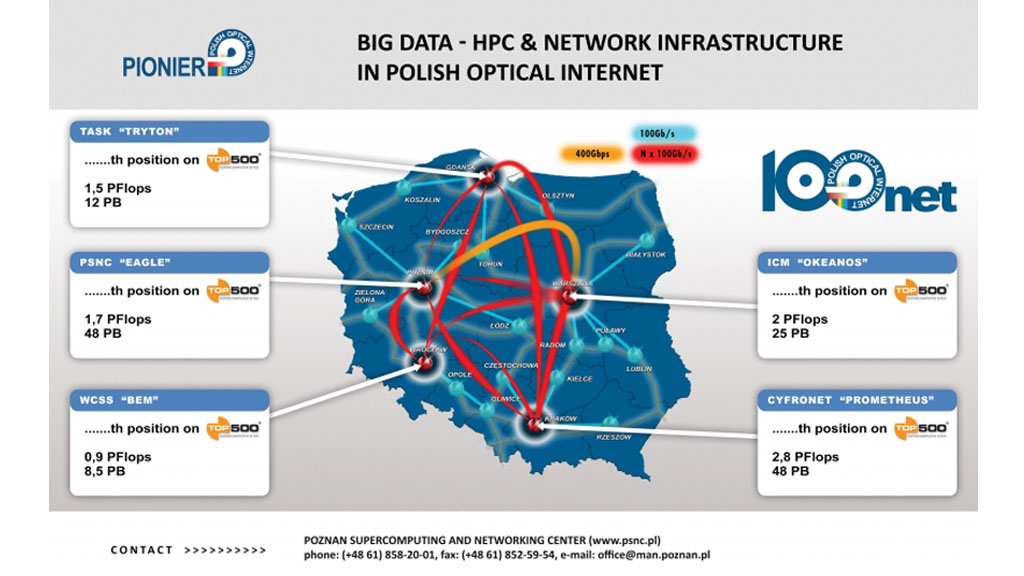 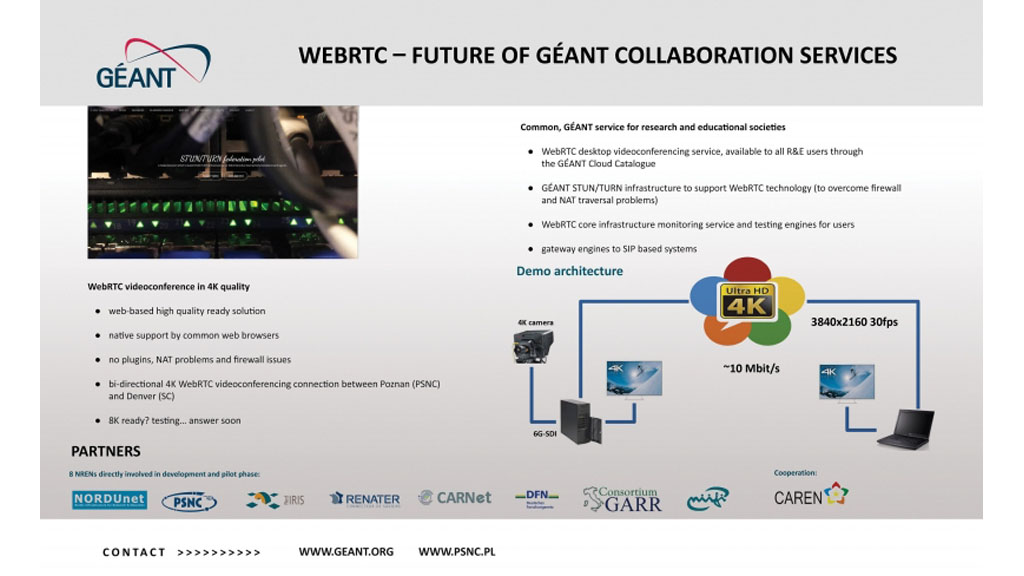 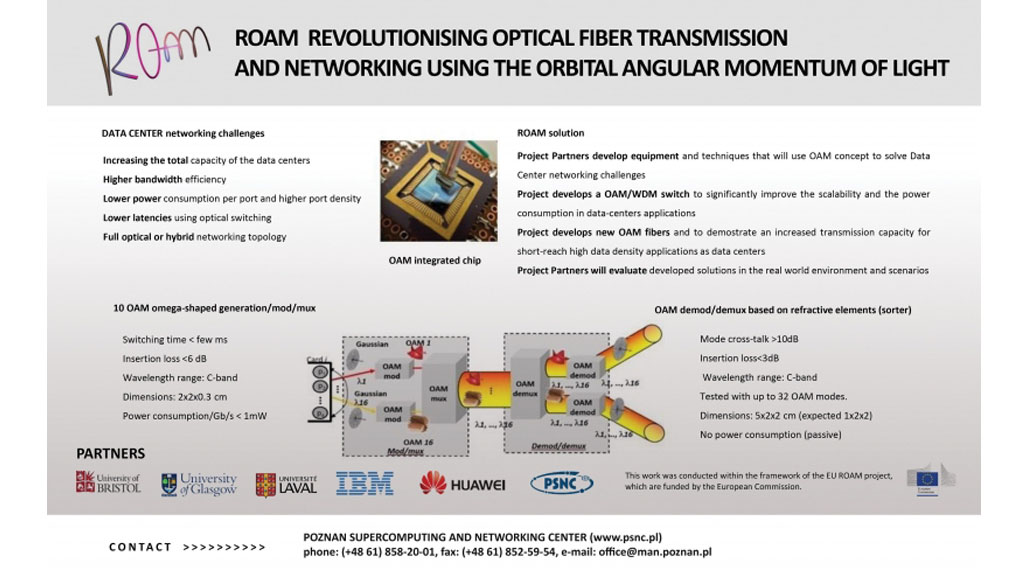 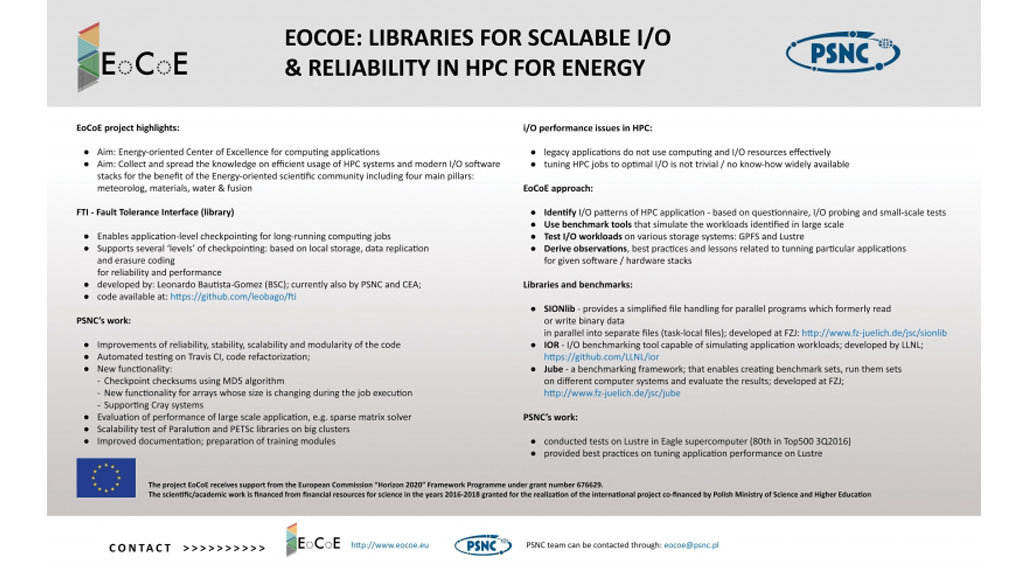 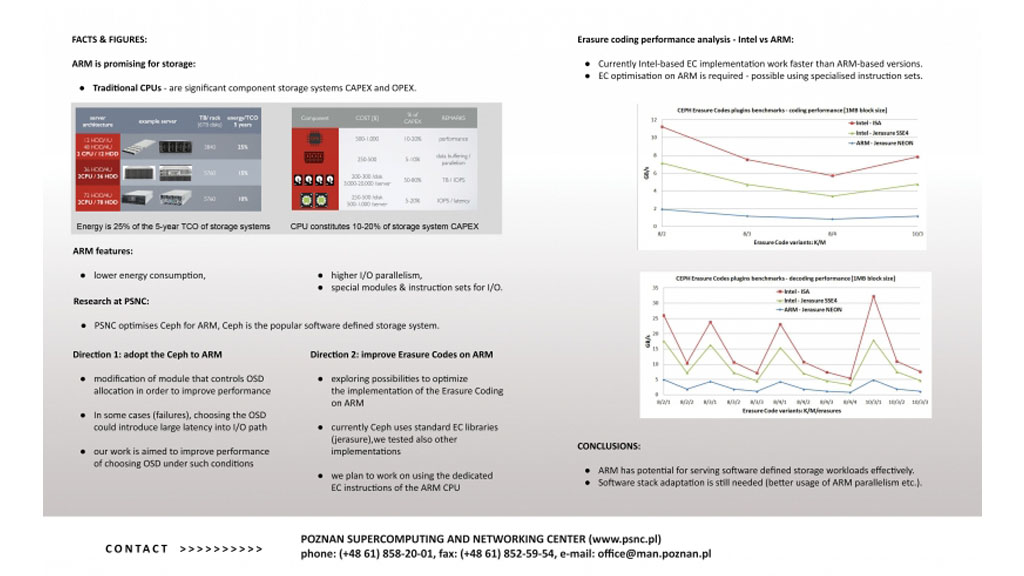 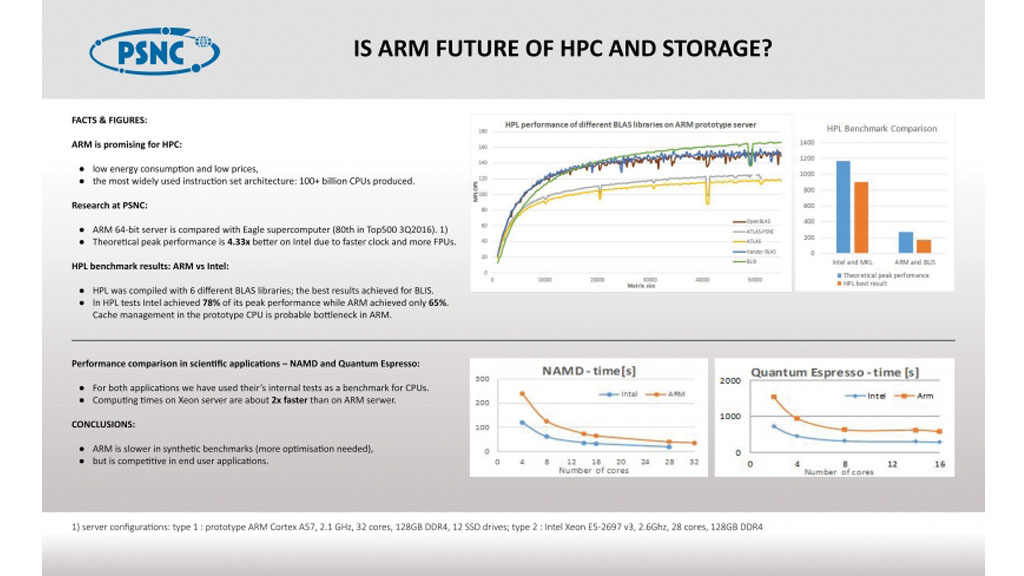 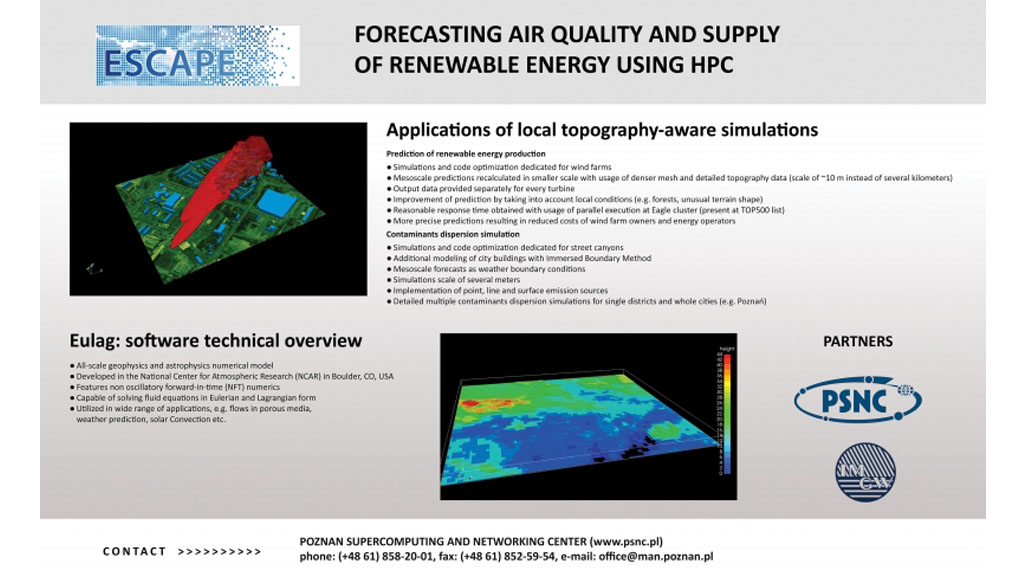 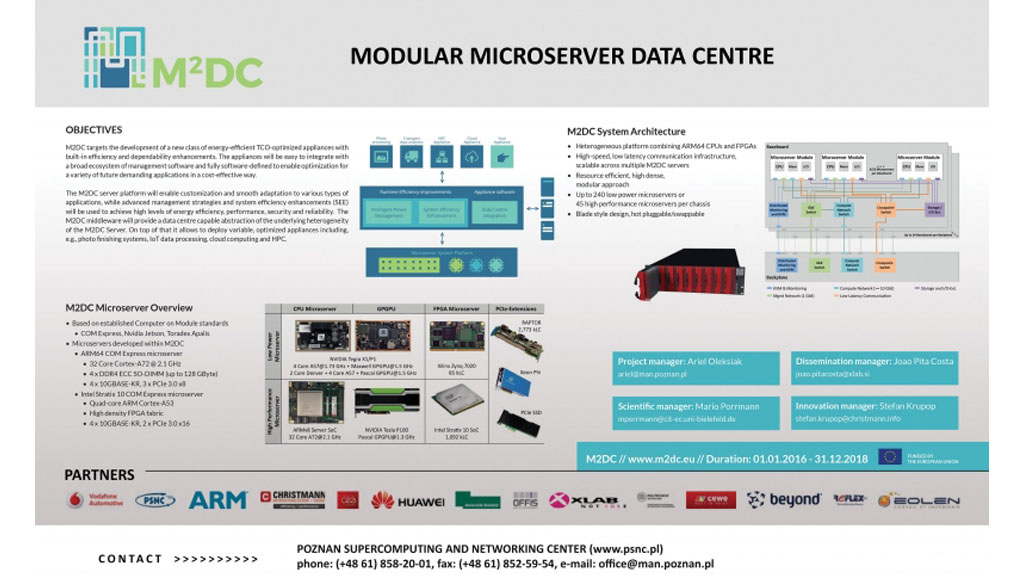