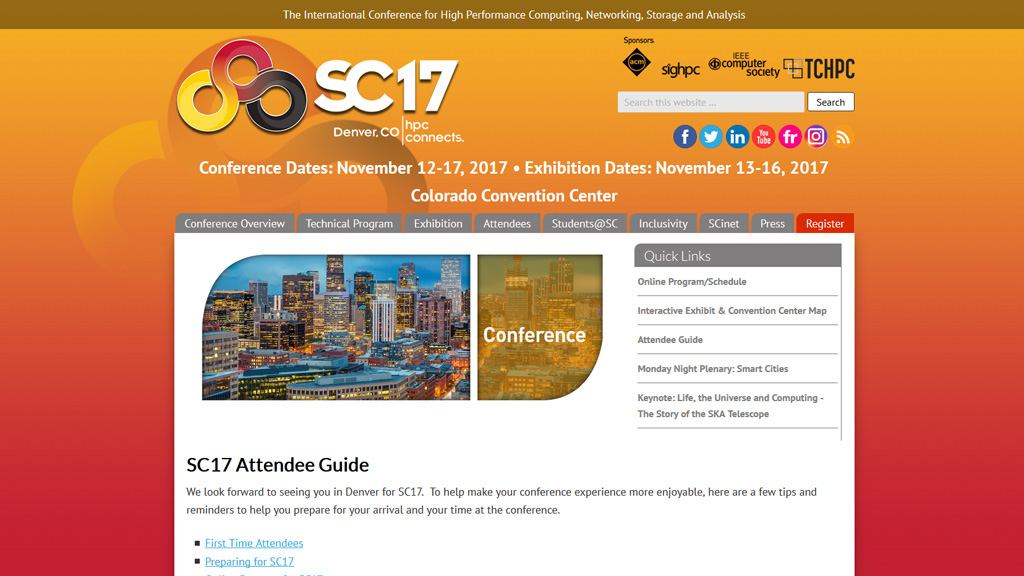 The Supercomputing Conference and its accompanying exhibition (12-17 November 2017) is the world’s most important and largest event in the high-performance computing industry. This year’s edition, held in Denver (Colorado), focuses on the theme of “HPC connects”. Traditionally, PSNC is also present among the centres presenting its achievements.

As every year, the organizers of the event took care of the diversity of the programme. In addition to conference sessions, lectures and discussion panels, also workshops, tests and demonstrations are planned. Additionally, ACM Gordon Bell Prize finalists will be announced – the award for the greatest achievements in the field of HPC.

Supercomputing is also accompanied by a large conference exhibition. At stand no. 981, among hundreds of exhibitors, the latest achievements in the field of HPC and the results of research & development works in international projects are presented by the Poznan Supercomputing and Networking Center (PSNC).

During the event, the latest ranking of the world’s fastest supercomputers, the TOP500 list, was also presented. Orzel/Eagle – the supercomputer from PSNC is placed at 172nd place.

In addition, the GREEN500 list, the world’s most energy-efficient supercomputers ranking, was also published with Orzel/Eagle ranked as 139th.