Research actions carried out in the VISIONAIR project and aiming in implementation and testing the remote collaboration of multiple designers in locations distributed across the Europe have been completed and presented to wider publicity during two demonstration events in 2014. Research conducted by PSNC and its partners (KTH from Sweden, University of Bristol from U.K., University of Twente from Netherlands, I2CAT from Spain and University of Kaiserslautern from Germany) focused on enabling designers to simultaneously edit complex 3D models and allowing them the live observation of their work results using advanced visualization systems, just to mention holographic table, 3D UHD displays and CAVE. As the basic platform for rendering PSNC proposed VITRALL software, which was previously designed and developed by PSNC. For high resolution visualization requirements, the software was modified and adjusted during the VISIONAIR project.
Many months of work focused on the development, integration and testing of the visualization and network technologies have allowed to perform two demonstrations: the first one took place during the VISIONAIR Open Forum conference in Poznan in February 2014 and the second one during VISIONAIR workshops at KTH in Stockholm in October 2014.

The first demonstration presented the basic remote collaboration scenario, where 3D models were edited by single user and visualized across multiple displays – ranging from holographic table at KTH in Stockholm, through the 3D UHD displays in PSNC, up to HD and 4K TVs in I2CAT in Barcelona. Participants from all the locations were able to control locally displayed video image of the edited models and comment all the modifications made by the editor. This scenario allowed people located in different places to collaborate on editing advanced 3D models simultaneously.

The second demonstration extended the previous scenario, mainly by the possibility of concurrent editing of 3D models by many participants at the same time. It involved also more participating locations: Poznan, Stockholm, Bristol, Barcelona, Enschede and Kaiserslautern equipped with the high level visualization infrastructure such as 4K and 4K 3D displays, curved 3K display, stereoscopic monitors as well as holographic table. In addition to this the video conferencing connection was established between all the locations. The videoconference connected participants using various technologies such as: H.323, SIP, Skype and Ultragrid. VITRALL software was run on the distributed computing infrastructure located in Poznan. 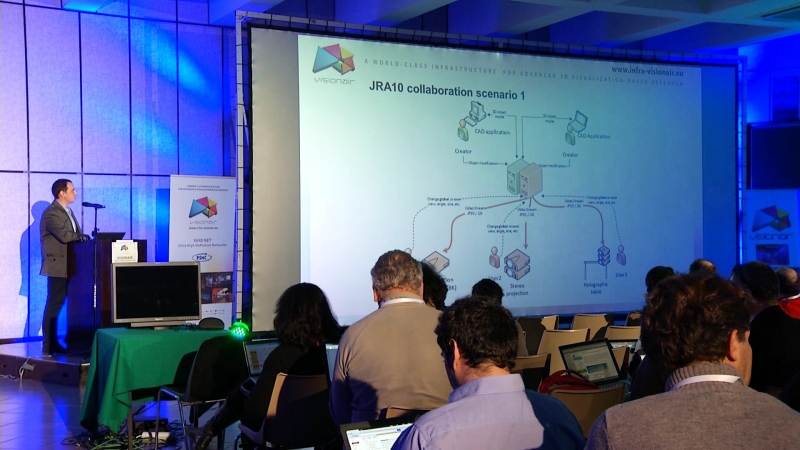 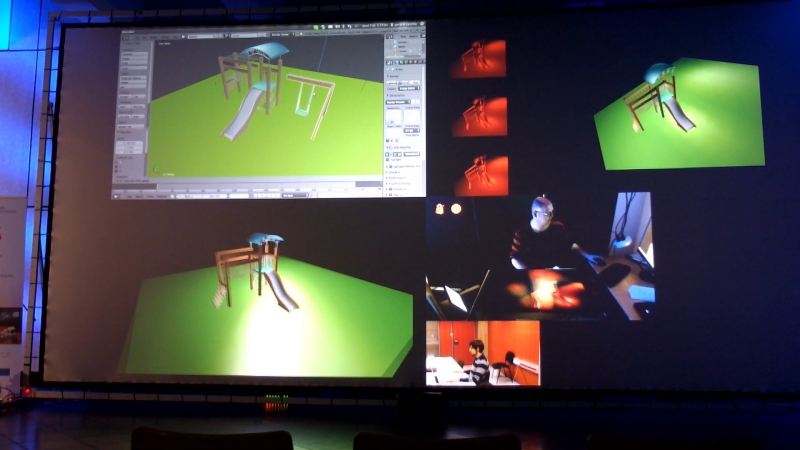 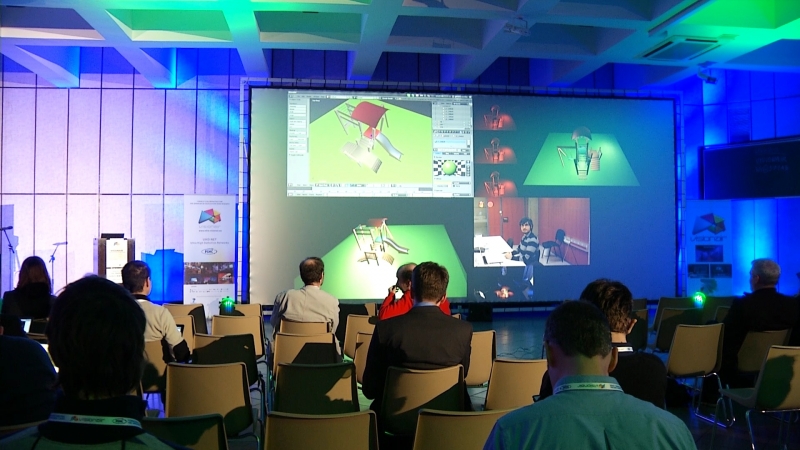 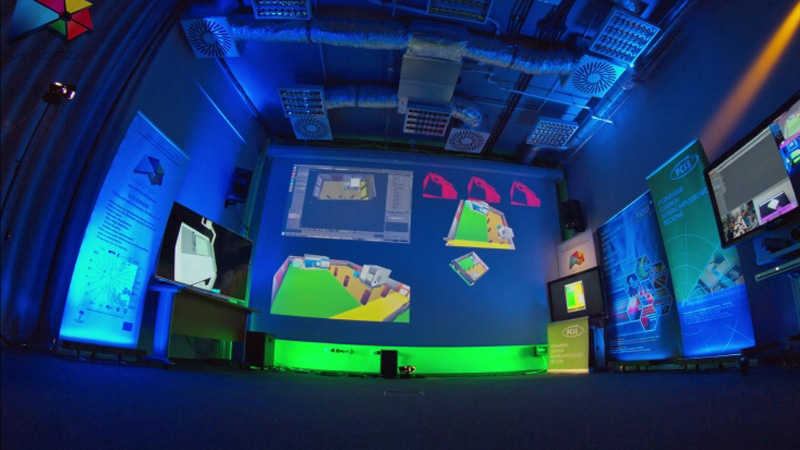 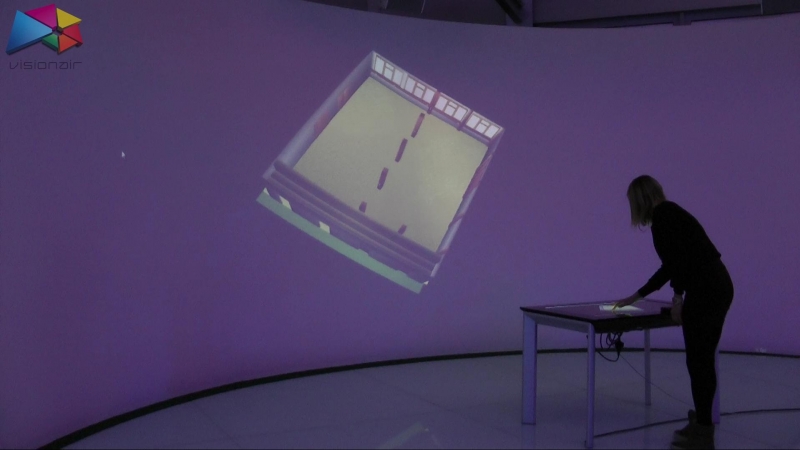 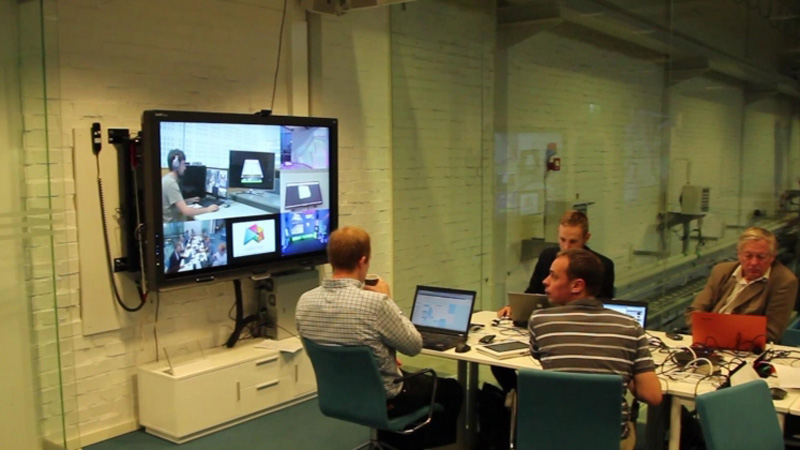