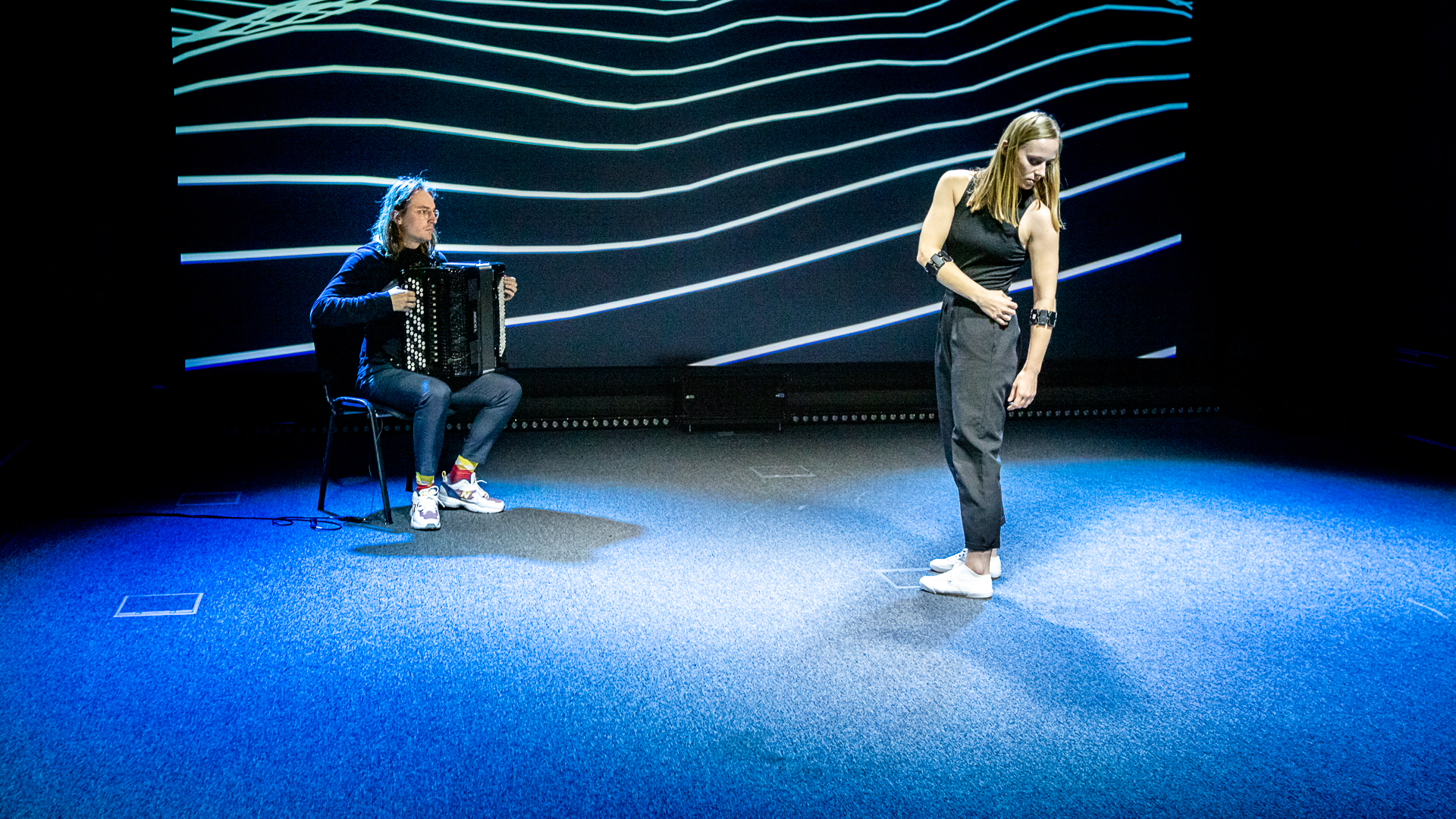 New technologies of 8K streaming was presented during the Ars Electronica Festival 2019 in Linz, as a demonstration of a remote artists’ live performance between Poznan Supercomputing and Networking Center (Poznań, Poland) and Deep Space 8K at Ars Electronica (Linz, Austria). It was possible by using of solutions developed within the Immersify project to support artistic activities.

​​Nowadays, a real-time video streaming in 8K resolution is still a big challenge but through the use of HEVC coding technology and proprietary encoding and streaming software developed by PSNC, it was possible to present live 8K performance entitled “Receive”.The demonstration used a number of new interesting solutions – from the artists’ performance, through the use of a PC and graphics cards to encode HEVC 8K, transmitting network streams via the traditional Internet instead of a dedicated links, and finally – thanks to a low delay of about 2 seconds – remote interaction with the artists.

The performance created by the Movement Sonification Lab, a group of artists oriented around artistic, research and affective aspects of feedback loops between the body in motion and sound environment. They apply the technologies that are able to sonificate and visualise kinetic data and shape the relationship between movement and the sound in real time. The “Receive” is an interactive performance based on the sound improvisation between the dancer – Anna Kamińska and the musician – accordionist Przemysław Degórski. It is the short study of the generating sound by the accordion which is mediated by the dance and movement sensors (Myo armband). The sound is processed in various ways with the motion – from becoming another disembodied musician to enhancing the analogue boundaries of the instrument timbre.

The streaming system developed by PSNC based on the GPU accelerated video encoding and network streaming using RTP/SRT protocols ensures very low latency allowing for real time interaction. During the demonstration, this feature was used for the realization of a communication bi-directional channel, which enabled the artist – Jan Skorupa performing locally in Linz with another Myo band to control a visualization background for the performance of the artists located in Poznan. While the dancer’s movement processed the music through Myo Armband connected to the MAX software, the music and signals from the bands – both in Poznan and Linz – influenced the visualization of the background 8K display in PSNC. For visualization itself, the RESOLUME software was used.

For this particular live event a unique 8K production setup based on the SONY equipment was prepared. A key element of this system were 3 IPLive devices connected to each other by a local 40G Ethernet network. Two of them were serving four 8K enabled SONY F65 cameras and the third device was acting as a master video switcher, which aggregated 4 video signals from the other two IPLive devices and generated the 8K stream transmitted to the encoding server. All 8K cameras were connected to two IPLive boxes with 3G-SDI connectors via four BPU-8000 units, the same SDI connection standard was also used to connect master IPLive with the streaming server. Finally, this advanced experimental setup enabled typical broadcast event production with four 8K 60fps live video sources. The video realizer in Poznan had a possibility to switch streams and create views consisting of several streams from different cameras connected to the system. The resulting 8K video stream served from the master IPLive system was sent directly to PC server equipped with Blackmagic DeckLink 8K Pro capture card. In the final step, uncompressed video from the camera was encoded with HEVC codec using nVidia NVEnc framework and two nVidia Quadro P5000 cards. Ready stream was recorded locally and streamed in real-time to Ars Electronica Deep Space 8K in Linz. On site the stream was decoded using software HEVC decoder from Spin Digital Video Technologies GmbH and presented to the participants of dedicated 8K streaming session in Deep Space 8K.

Such an advanced multi-camera live performance in 8K resolution was one of the first in the world, especially considering public Internet transmission without a reservation of dedicated connection. In the scope of the Immersify project, PSNC has shown that 8K streaming can be successfully performed in a bandwidth of less than 200Mbit/s, and thanks to the GPU-accelerated HEVC codec with a high quality and low delay of 1-2 second. This demonstration has proven that a remote interactive artistic performances in ultimate quality are now possible with the support of the technology solutions developed in scope of research projects.

Making of video is available HERE. 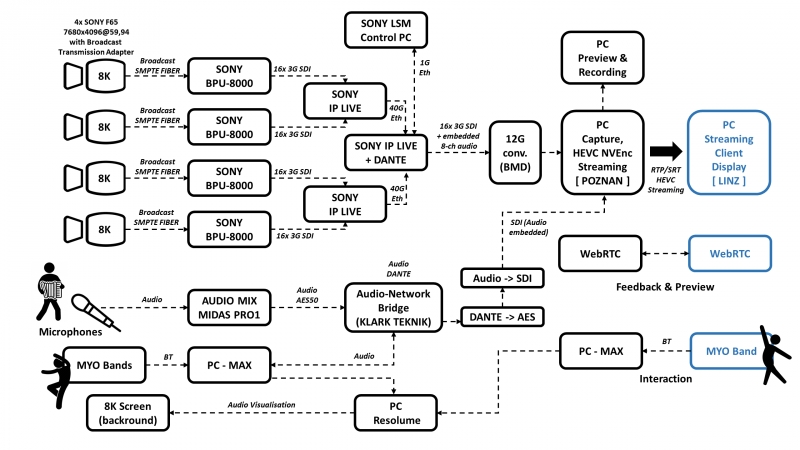