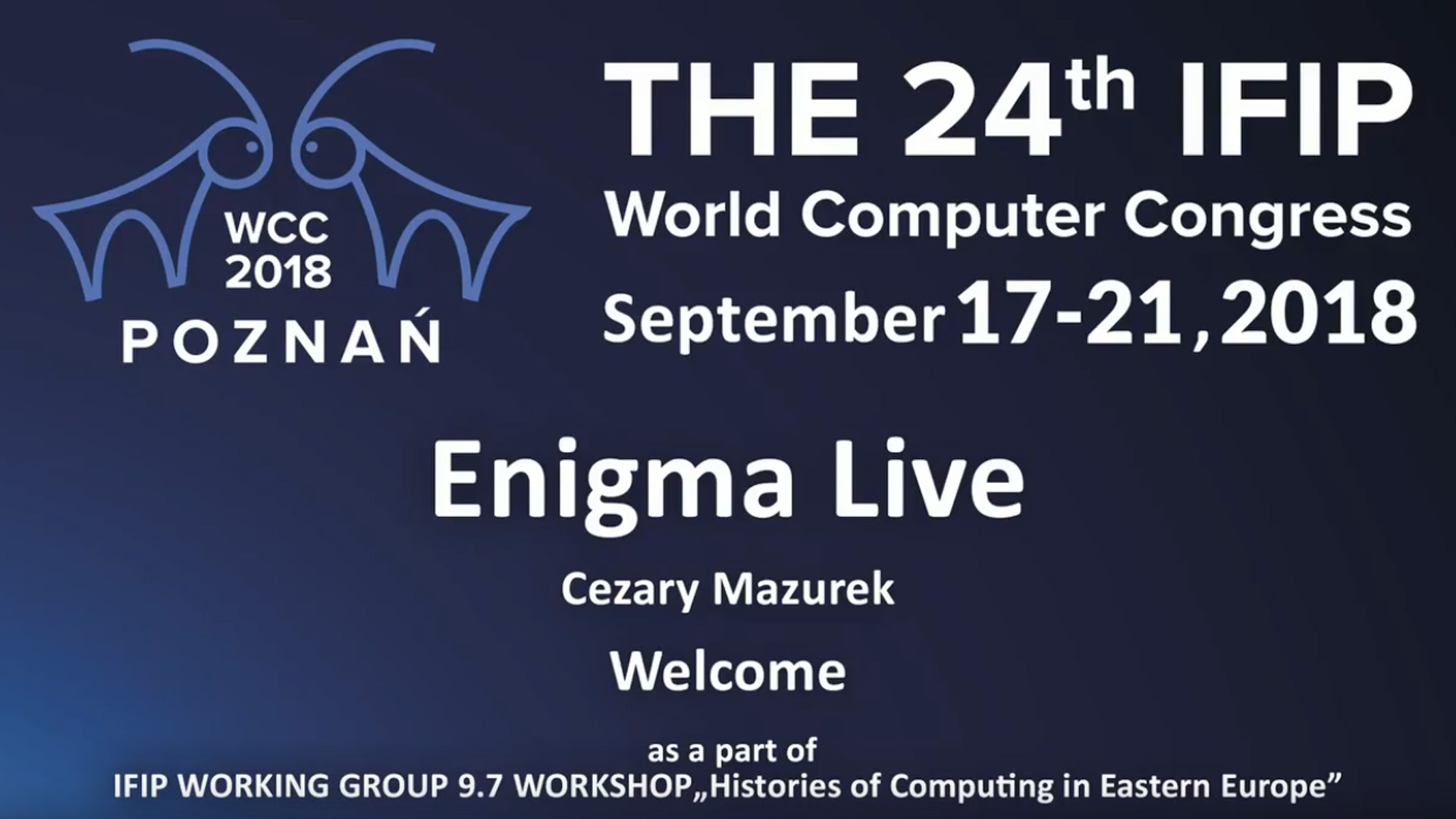 An unusual demonstration of the Turing Bombe operation using methods from the Second World War was presented on September 21, 2018, as part of the World Information Congress (WCC), which was held, for the first time in history, in Poznan, Poland. This event was mafe possible thanks to the direct connection between Poznan Supercomputing and Networking Center – PSNC and the National Museum of Computing in Bletchley Park (Great Britain).

​During the whole day session, scientists from the Poznan University of Technology used the Enigma software emulator, which to send an encrypted message to the laboratory at Bletchley Park. The British, using a mechanical replica of the Turing Bombe managed to decipher the message which stated: “My Dog has no nose” and reffered to an old English joke. The experiment aimed to illustrate, in simplified realities, the encryption techniques used during World War II.

The whole event which included a remote connection between Poznan and Bletchley Park in Great Britain could be followed live during a special Internet transmission on http://wcc2018.org/. Enigma Live Show was held at the Poznan Supercomputing and Networking Center (PSNC).

Introduction to the history of Enigma and Turing Bombe, explaining the role of the message (so-called crib) to code breaking, and then sending a secret message to the National Museum of Computing at Bletchley Park

Videoconference with the National Museum of Computing: progress report in message decryption

Videoconferencing connection with the National Museum of Computing: Progress report on message decryption

Lecture by Marek Grajek: How the Poles broke Enigma?

Videoconferencing connection with the National Museum of Computing: Final report on the process of message decryption

INTERNATIONAL FEDERATION FOR INFORMATION PROCESSING (IFIP)
The World Computer Congress is organized at the Lecture and Conference Center of the Poznan University of Technology, for the first time in Poland. The event takes place in this part of Europe for the first time in 20 years. WCC is organized by the International Federation for Information Processing (IFIP), established in 1960 under the auspices of UNESCO. Members of the IFIP are societies and academies of science from over 50 countries. In total, IFIP brings together over 350,000 IT specialists, among them many Turing Award winners (the IT equivalent of the Nobel Prize). It consists of over 100 working groups organized in 13 technical committees.