ERC 2020: We invite you to watch the live broadcast 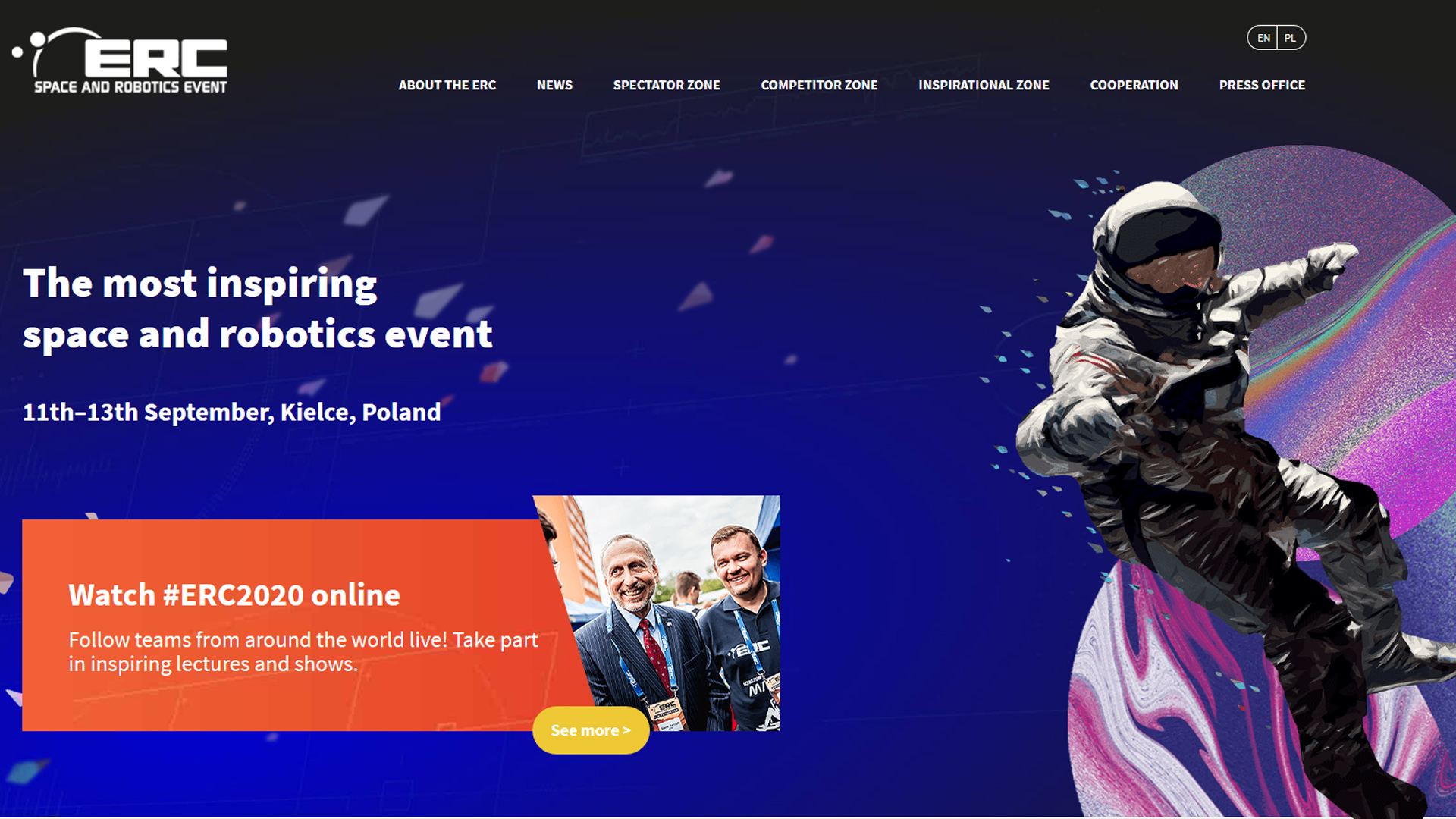 This year’s sixth edition of the ERC Space and Robotics Event, which will take place on September 11-13 in Kielce, will be unique in many respects. The event, due to the restrictions related to the coronavirus pandemic, will be held in the hybrid formula, and the live TV broadcast will be carried out by PSNC – the honorary patron.

ERC Space and Robotics Event is a prestigious event combining international competition of mobile robots with science and technology shows. The new formula of the competition puts even more emphasis on the autonomy of projects created by teams than in previous editions. During the ERC 2020 finals, competitors will be able to control Polish LEO Rover robots using algorithms, commands or a manipulator. Apart from two competitions, which this year are strongly focused on the development of programming skills, the organizers also prepared non-competitive sets of tasks for engineers based on mechanical and electrical analyzes.

The international competition of mobile robots ERC 2020 will also be accompanied by an industry conference and the Science and Technology Demonstration Zone with an extensive program of workshops, interactive shows and popular science lectures. Space, robotics and high tech enthusiasts will also be able to take part in the ERC Rover Mechanic Challenge e-tournament, based on the world’s only Martian rover repair simulator.

The event, which will take place on the Campus of Kielce University of Technology, will be broadcast live. The TV production, both from the conference and from the “Show Zone”, will be carried out by PSNC team.

The broadcast will be available on the event’s website in the “Spectator zone” tab.