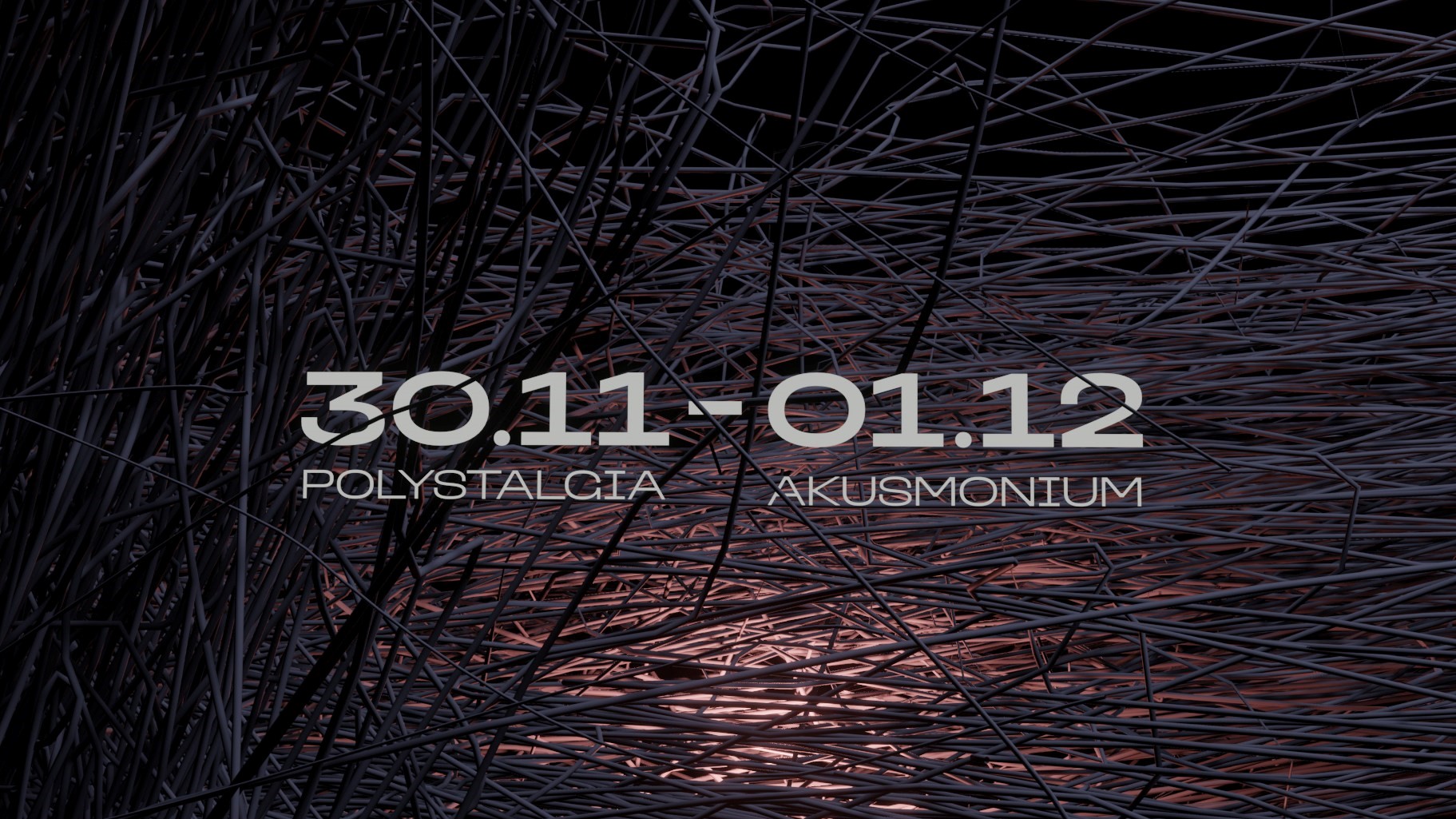 On November 30 and December 1, 2021, we would like to invite you to the FAZMA: WIDMOTONY Festival, which focuses on the reinterpretation of phenomena, ideas and meanings associated with electronic and electroacoustic music of the 1970s. The event is co-organised by the OKS Association, PSNC Future Labs and the ZAMEK Culture Center in Poznan as part of the MOJA MUZYKA cycle. The festival is financed from the budget funds of the City of Poznan.

The theme of the Fazma: Widmotony festival focuses around musical hauntology and the closely related presence of the ghost of the past, which returns and haunts in the sound and technological sphere. The two concerts will present electronic and electro-acoustic pieces coming out of a technostalgic reflection on music. During the first of them, the POLYSTALGIA electronic trio will reinterpret previously unperformed electronic pieces from the 1970s in versions for synthesizers and analogue tools. We will also hear new pieces written by the band members. The second concert will be related to the phenomenon of acuzmatic music, the technological implementation of which in the form of AKUSMONIUM took place in the mid-1970s. During the concert, we will hear four new pieces written for an orchestra consisting of 40 loudspeakers.

Akusmonium, known as an ‘orchestra of loudspeakers’, is the practice of creating multi-channel sound dispersion systems consisting of 40 to 80 loudspeakers with different functions and sound characteristics. Each speaker is treated as an independent instrument by the “conductor” or sound director.
The traditional Akusmonium was designed in the mid-1970s by Francois Bay and Jean-Claude Lallemand of the Paris-based Groupe de Recherches Musicales (GRM).

As part of the Fazma festival, a modernised version of the akusmonium has been created in the art & science laboratory. The sound installation consists of 42 speakers and its prototype was implemented a month ago in the ambisonic sound studio. Since the beginning of November three artists: Piotr Bednarczyk, Przemysław Degórski and Aleksandra Słyz have participated in artistic residencies accompanying the festival, during which they create compositions dedicated to the installation.