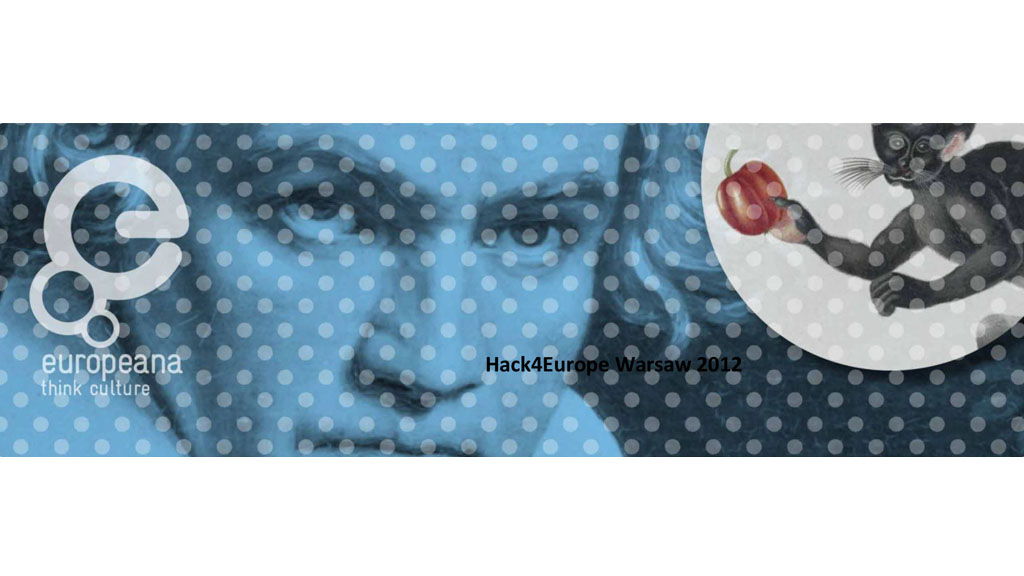 Hack4Europe! is a series of hack days organised by the Europeana Foundation and its partners and provide an exciting environment to explore the potential of open cultural data for social and economic growth in Europe. To feel the atmosphere to the event you can read a short summary of one of the events from the last year edition.

This year PSNC is coorganising two hackathons – in Leuven and Warsaw – both during May 2012. This is part of the activities of Europeana Awareness project.

At least one more hackathon will be organised in June by Europeana Foundation.

Each of these hackathons will bring together up to 35 developers. They will have access to the diverse and rich Europeana collections containing over 20 million records through the Europeana Search API (incl. a test key and technical documentation).

Participants will be encouraged to try out their ideas for creative reuse of the Europeana content and build prototypes showcasing the social and business value of open cultural data. The suggested (but not obligatory) themes are:

Best prototypes will be awarded prizes in the four categories:

Winners from the individual hackathons will be then further evaluated and one finalist per category will be invited and awarded a special prize during the Digital Agenda Assembly on 21-22 June in Brussels.

If you would like to participate in one of these hackathons, please check out the details and register for: