In several supercomputing centers in Poland intensive installation works are conducted in the PRACE-LAB project, while in five HPC (pol. KDM) and MAN centers the infrastructure is ready and implemented operationally. The national HPC and data infrastructure will be the largest IT resource in Poland so far, connected via the ultra-fast PIONIER network and providing services to all Polish universities, institutes of the Polish Academy of Sciences and National Research Institutes.

Installation works are in progress in the following supercomputing centers:

On the other hand, in five High Performance Computing (HPC) and MAN (Municipal Computer Network) centers the infrastructure is already implemented operationally. These centers are:

The completion of the PRACE-LAB e-infrastructure is planned is planned for April/May 2021.

Altair supercomputer located at PSNC is gradually put into use, for now in beta test version. This version is made available to the most active users, who due to the greatest experience and requirements will have access to the supercomputer, which allows for exclusive testing. Access was granted to scientists from the Department of Biology at Adam Mickiewicz University, allowing them to perform calculations on very large scientific problems (grand challenges).

The Altair system was purchased from the EU structural funds under the PO IR programme. According to new directives from the European Commission, there is a possibility to use the infrastructure for scientific purposes, as well as for the industry. The system installed at PSNC will be fully made available in April this year.

The graphic design of Altair system shown in the photos below is an original project of Donata Sikorska from PSNC Data Processing Technologies Division. The design presents the fields of science and areas of industrial applications, for which the computer system will be used. 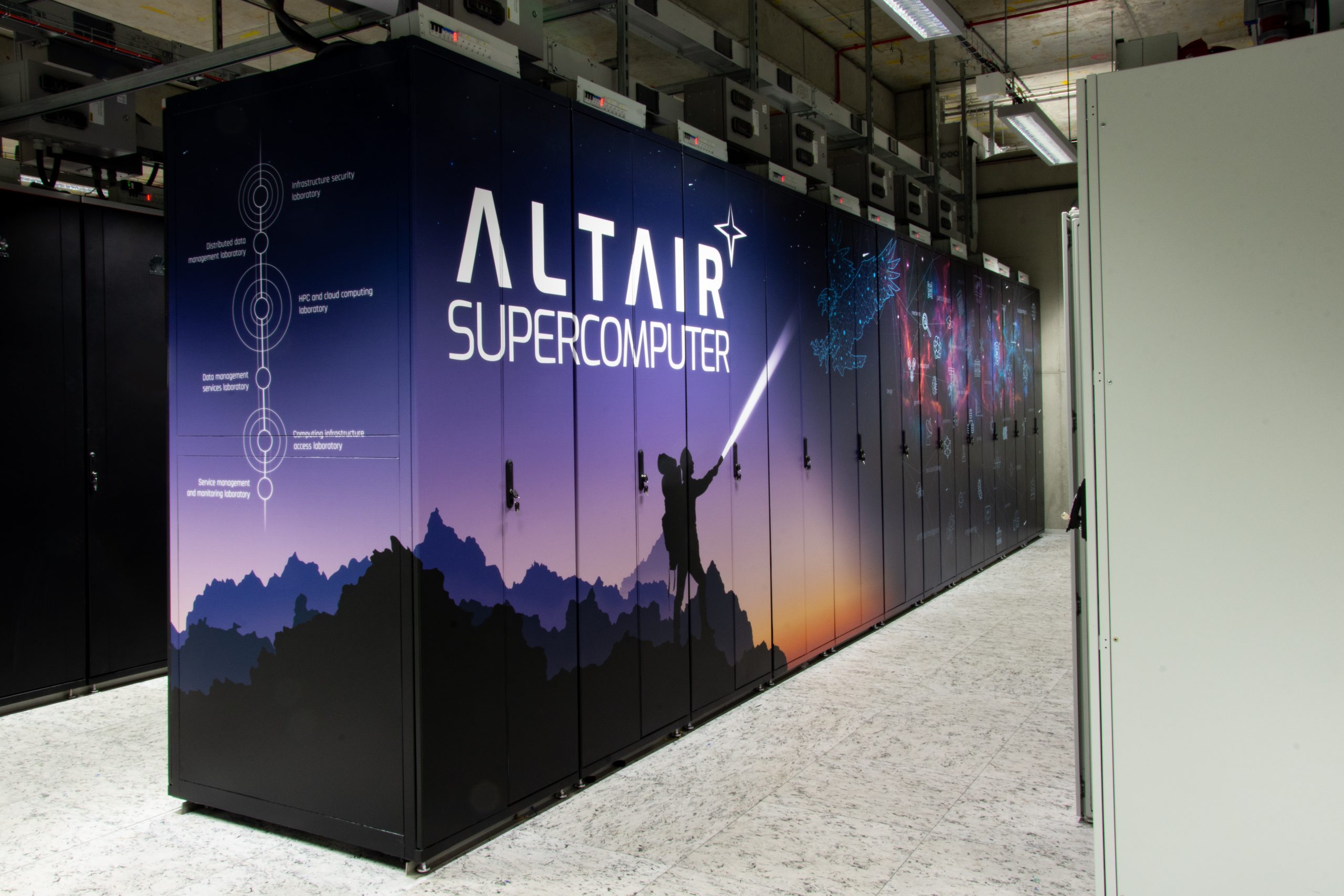 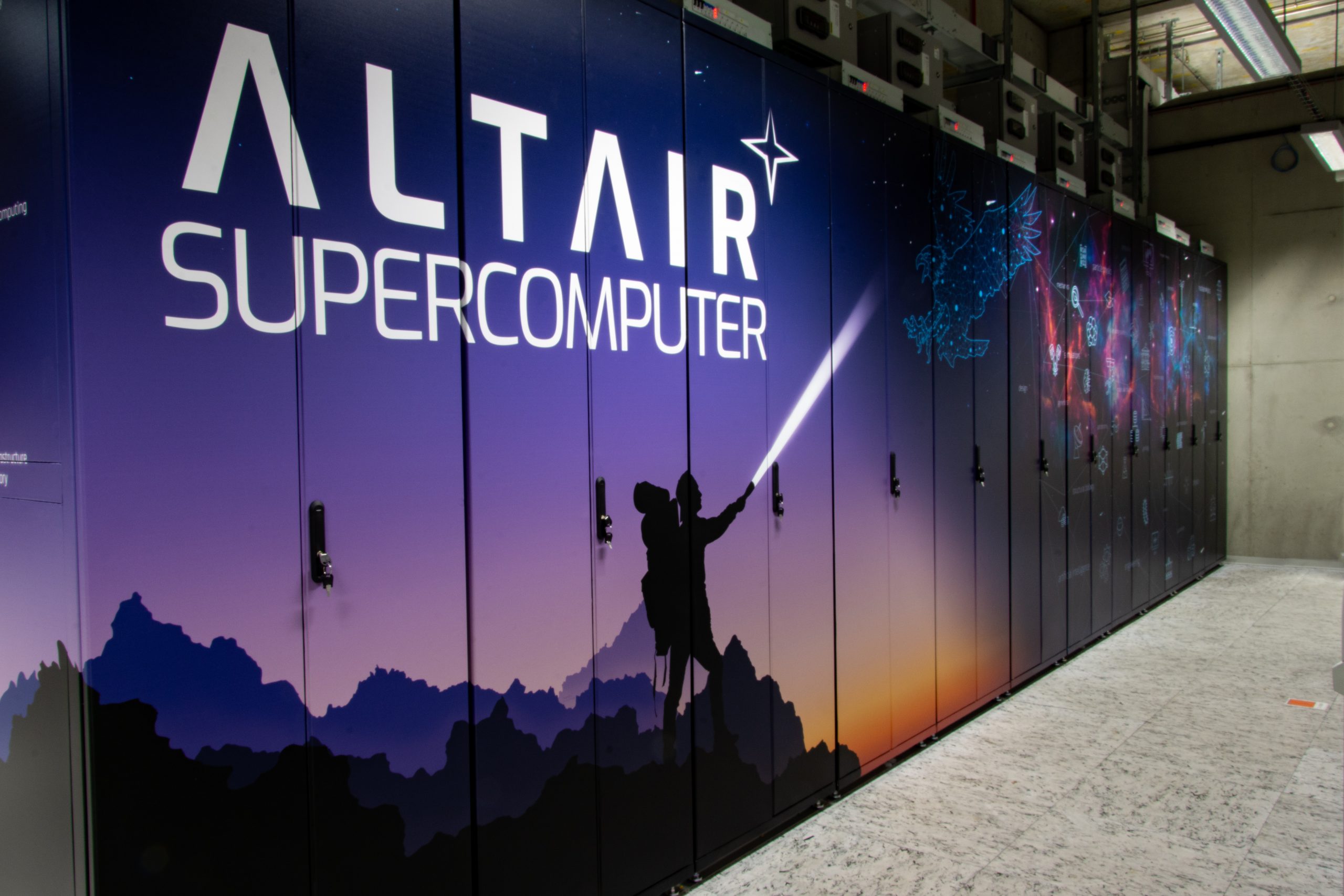 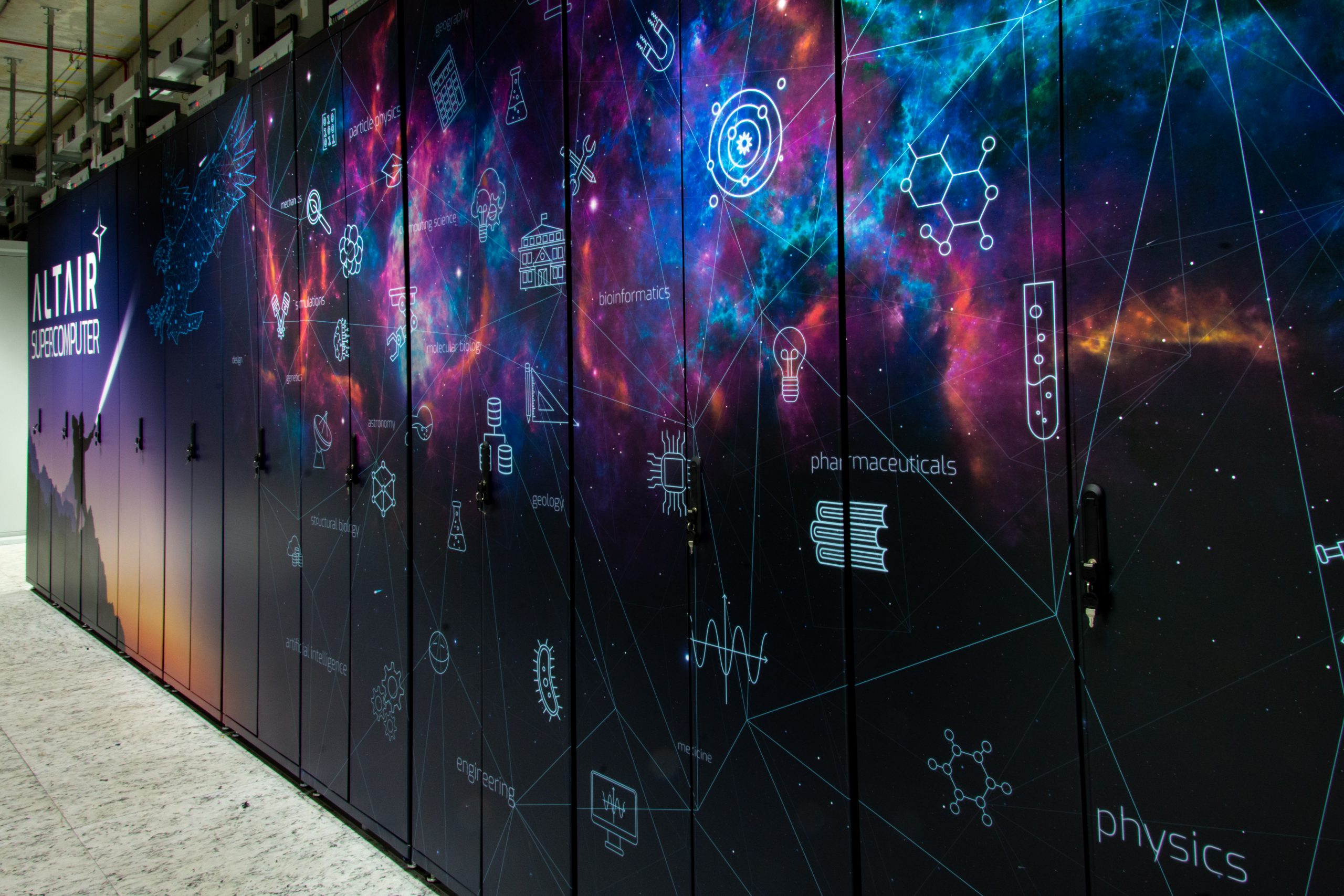 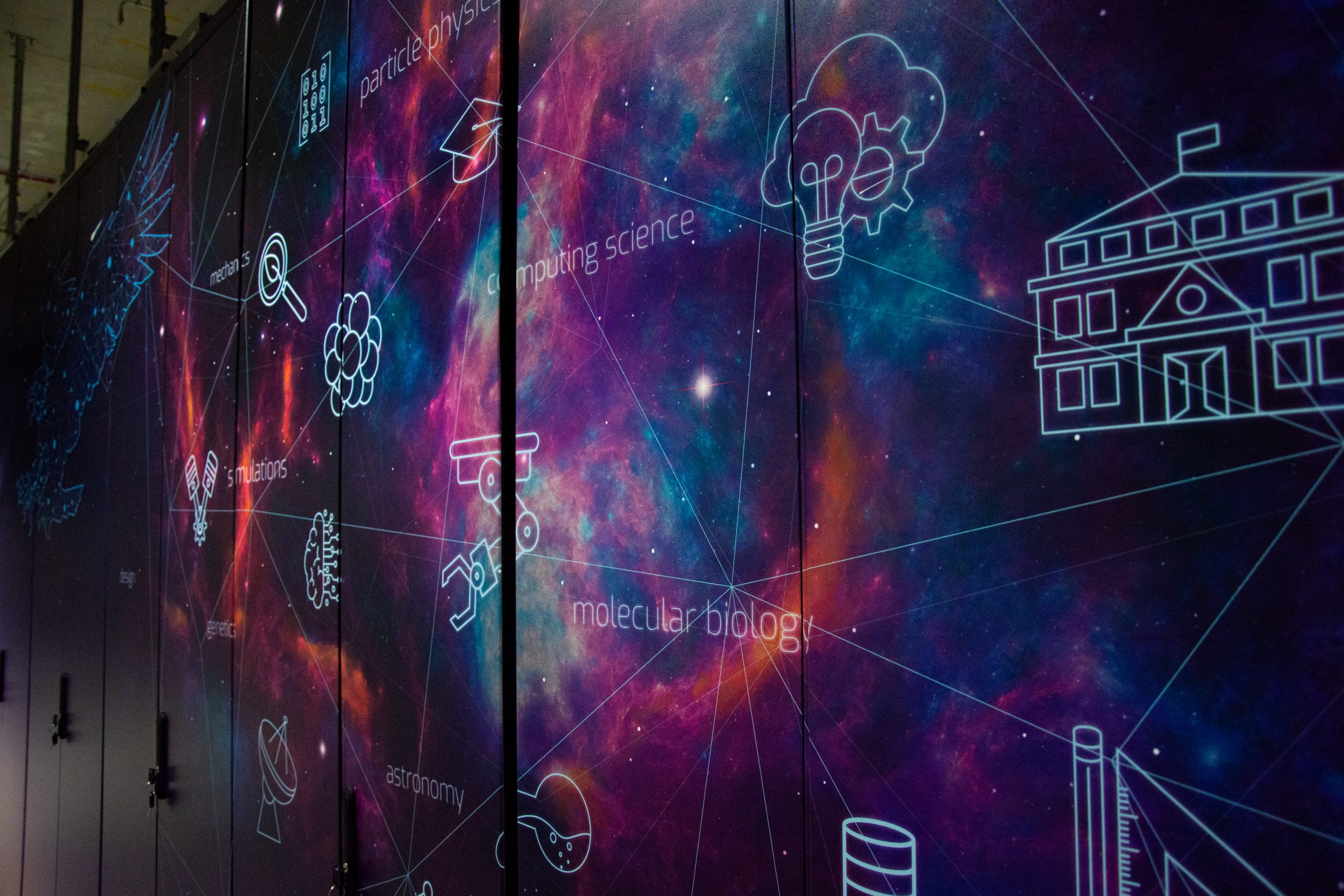