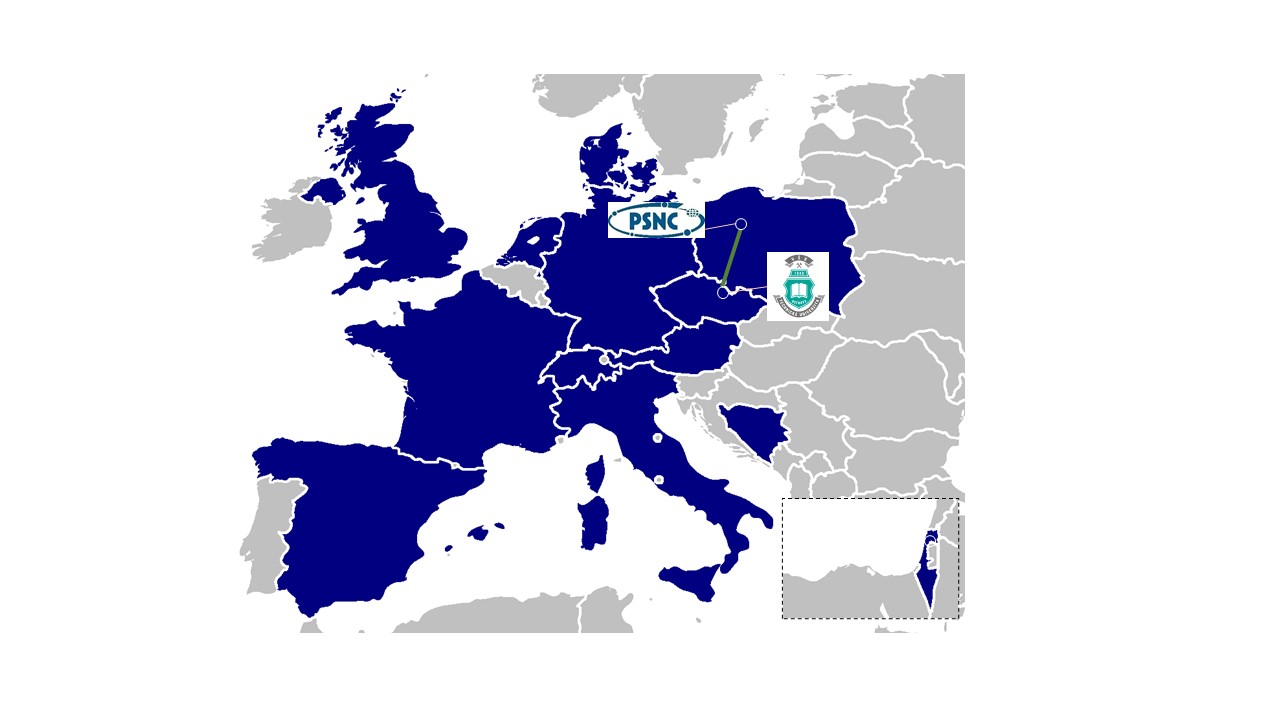 Data transmission secured by Quantum Key Distribution (QKD) technology is an important step in the development of secure telecommunication. The security of today’s telecommunications systems and services is based on asymmetric cryptography (i.e. with the so-called public key). With the development of quantum computing infrastructure and technology, the risk of breaking these commonly used systems increases, because, among other elements, algorithms operating on the quantum computing infrastructure used to break asymmetric cryptography will require significantly shorter computing times compared to algorithms performed on classic computing infrastructure. In addition, QKD technology solves the problem of secure delivery of cryptographic keys and can be used for a number of services that require secure authentication, such as electronic payments.

As part of the OPENQKD project, PSNC participates in the tests, integration and implementation of QKD technology in the operational environment and in real services. scenarios As part of the project, another element of the PSNC test environment was launched – an international link between Poland and the Czech Republic, partners of the OPENQKD project. The link partners on the Czech side are the Technical University in Ostrava (VSB, Vysoká škola báňská – Technická univerzita Ostrava), the Czech national supercomputing center IT4Innovations and the scientific network CESNET. On the Polish side, the Poznań Supercomputing and Networking Center (PSNC) and the PIONIER network. The link will be used to implement scenarios related to HPC traffic exchange and will build the basis for further cooperation within the QCI initiative. For PSNC, quantum communication technologies are a strategic point of development and position themselves as part of extensive work integrating new technologies in telecommunications networks.

The quantum communication channel set up between Poland and the Czech Republic was set up on July 1, 2021. a 75 km long cross-border optical route between the sites in Ostrava and Cieszyn. A very good result was obtained, the so-called the average quantum bit error rate of 2.19%.

This link is an important element of the infrastructure of the OPENQKD project and the first cross-border link of the OPENQKD project in which HPC centers: with IT4Innovations and PSNC participation. The European Commission co-financed the OPENQKD consortium with EUR 15 million to develop a test environment for the QKD technology and scenarios for its use.