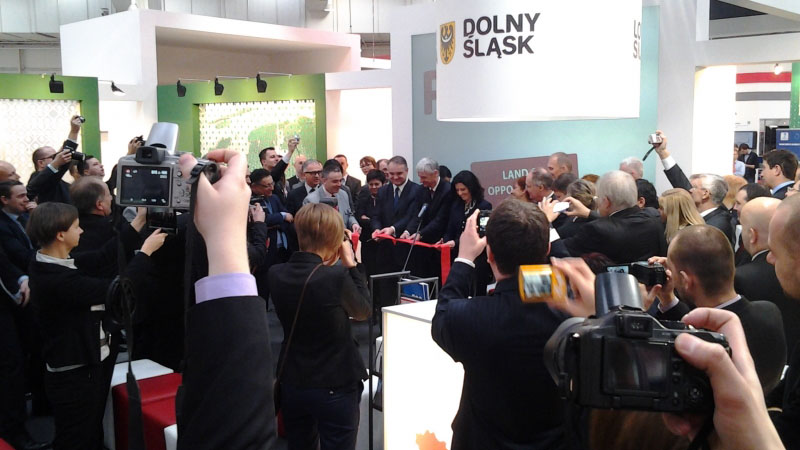 Deputy Prime Minister, Minister of Economy Mr. Waldemar Pawlak officially opened the Polish stand at this year’s CeBIT in Hannover. Among the 16 Polish regions, representing the indigenous achievements in the field of ICT, is the City of Poznan, PSNC and Wklaster.

Cebit is the largest European event in the field of ICT, this year under the theme “Managing Trust”. In previous years the Polish Ministry of Economy invited the best Polish brands to the joint promotion in the field of innovative technology to encourage investors and establish new contacts with Polish representatives withthe common motto “Poland – land of opportunities”.

The Prime Minister Waldemar Pawlak officially inaugurated the Polish national stand made by cutting a symbolic ribbon. Minister of Economy was accompanied, among others by Piotr Kolodziejczyk – Under Secretary of the Ministry of Administration and Digitization and by the president of Poznań International Fair – Andrzej Byrt.

Prime Minister Pawlak visited every polish stand, including the common stand of PSNC, Wklaster and the City of Poznan (Hall 6, Booth B46). The Prime Minister was interested in the issue of Wklaster (PSNC and the Poznan City Hall are among its members), its development and results of cooperation. He familiarized himself with the effects of research, conducted at PSNC, related to eHealth and visualization technologies.

Recall that Wielkopolska Center of Telemedicine platform and HIPERMED project are promoted at Cebit 2012 (special promotional video was prepared for this occasion). Advanced work on visualization is presented on a projection wall consisting of thirty-six 24-inch LCD monitors, with a total of 12K resolution, while the three-dimensional materials are presented on a 3D TV. On such a “kit”, video materials prepared by the team of PLATON scientific HD TV are presented.

On the Polish national stand, organized under the aegis of the Ministry of Economy, 16 regions (16regions.pl) are presented. The promotion includes numerous conferences, referring to different aspects of ICT.

A detailed plan of the conference with the participation of Polish representatives is available here. 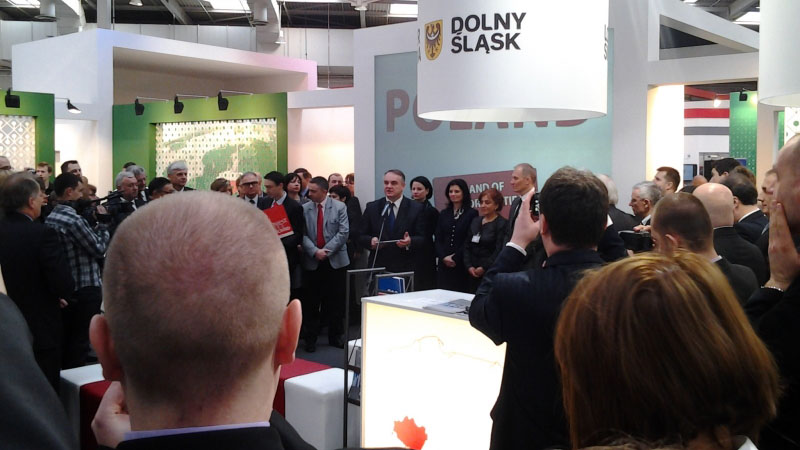 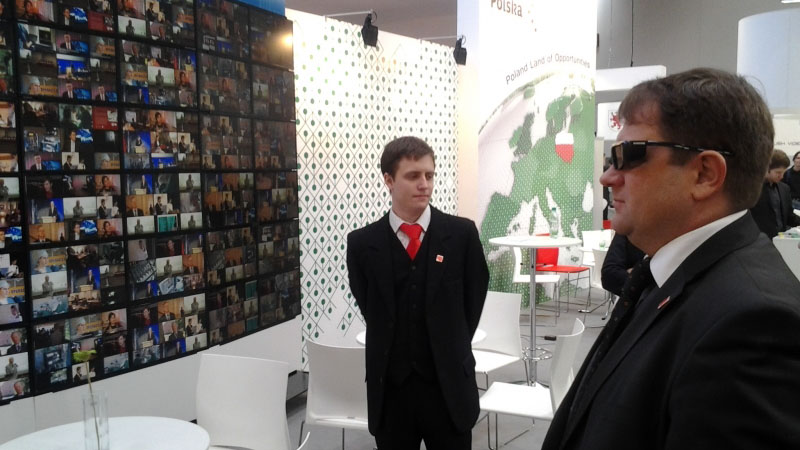 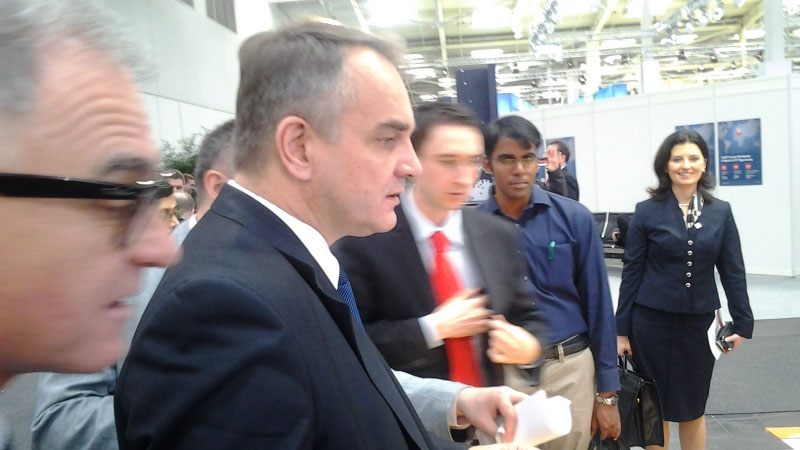 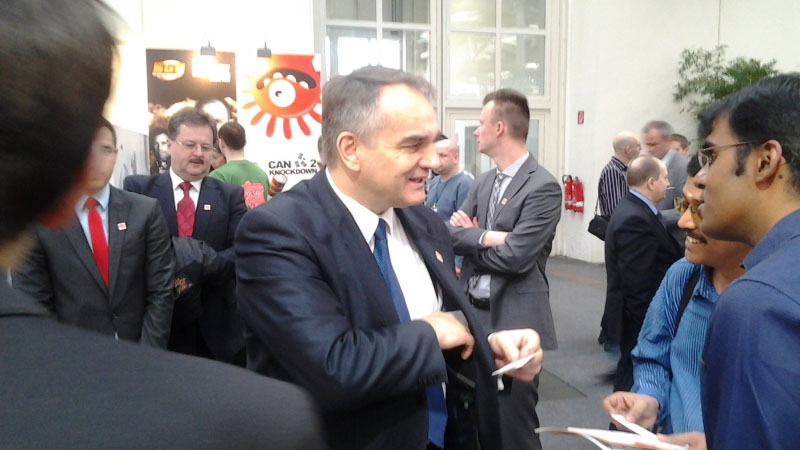 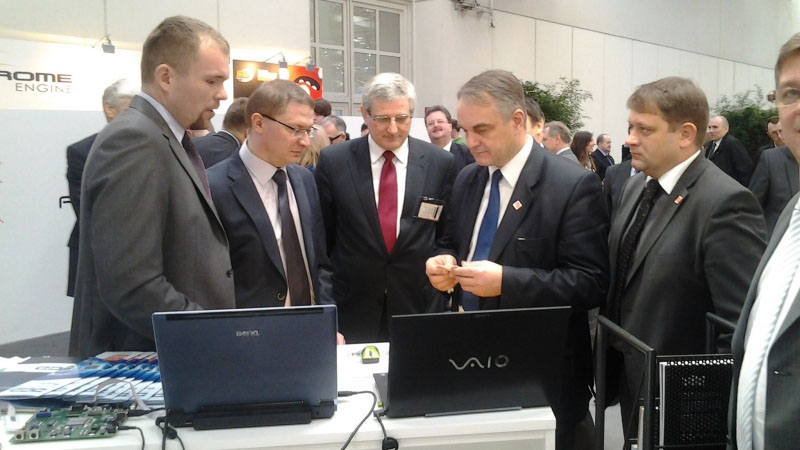 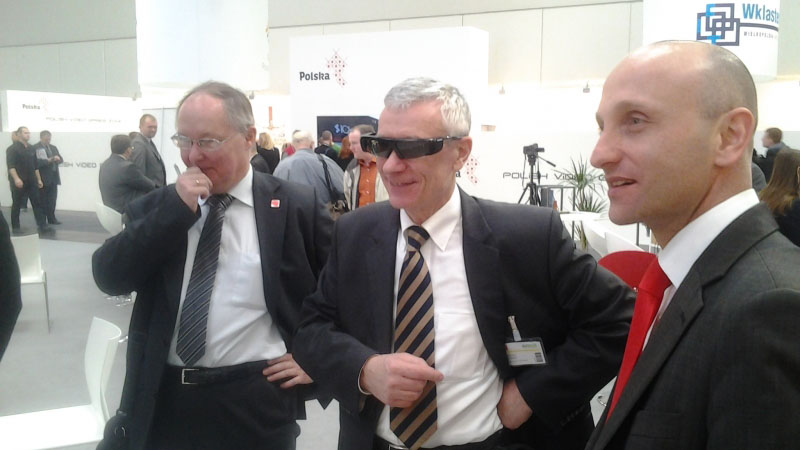 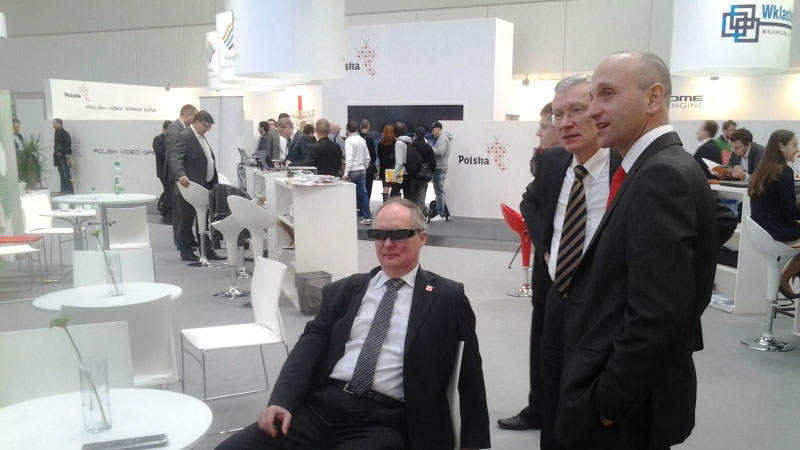 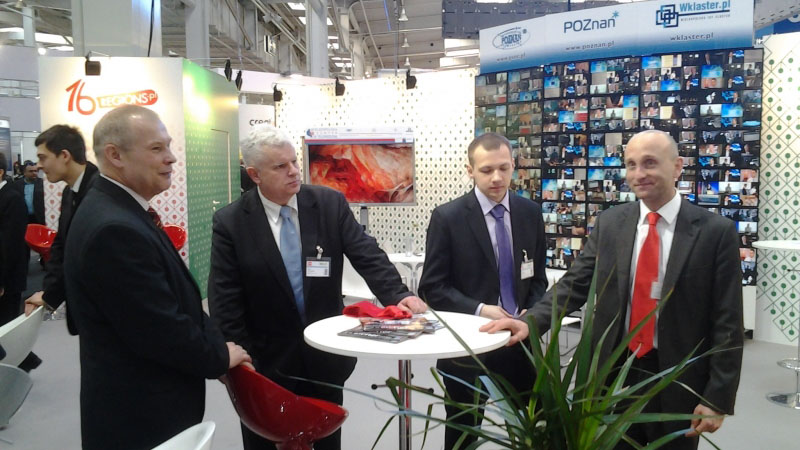 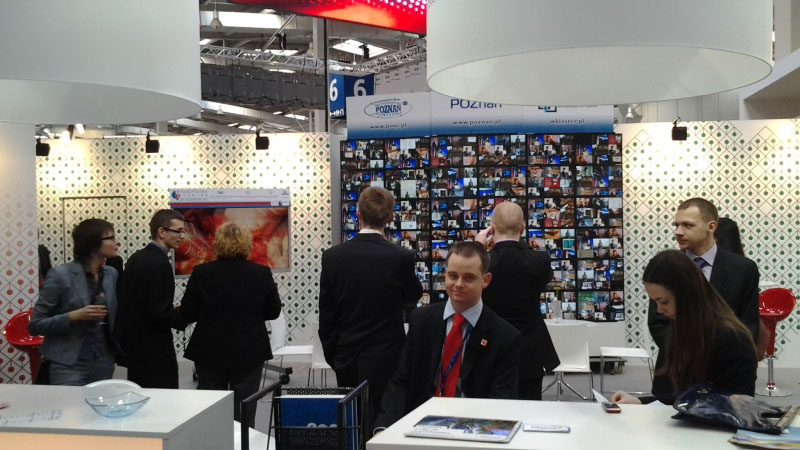 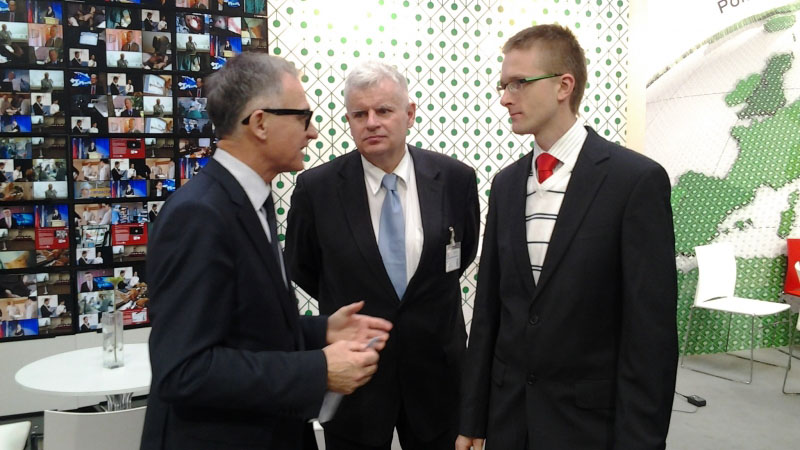 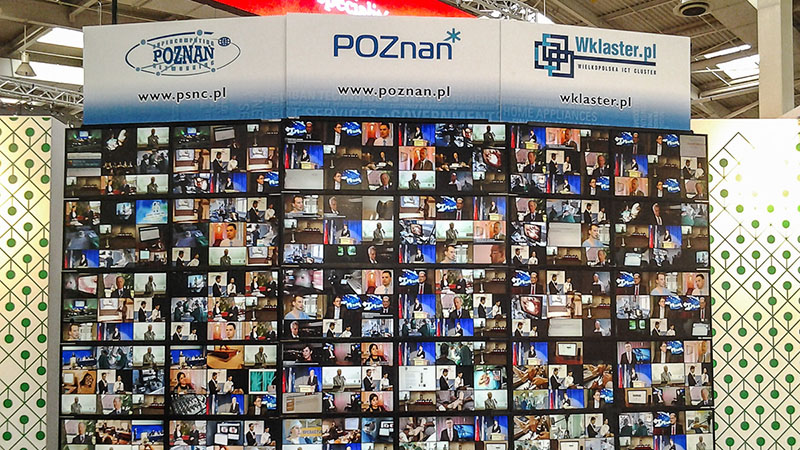 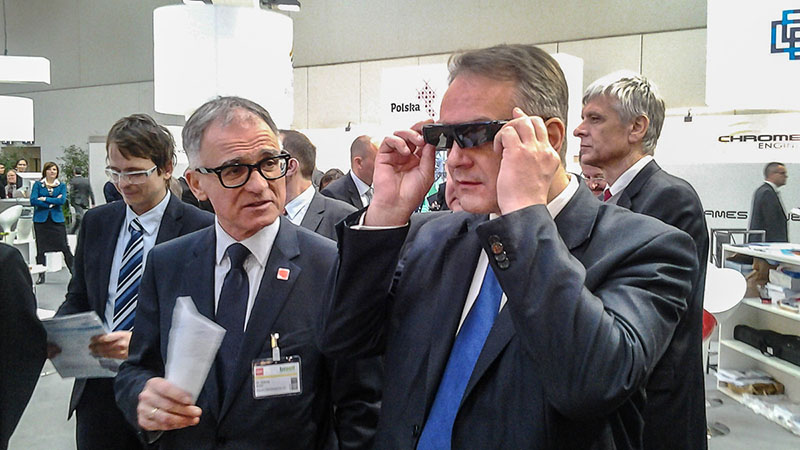 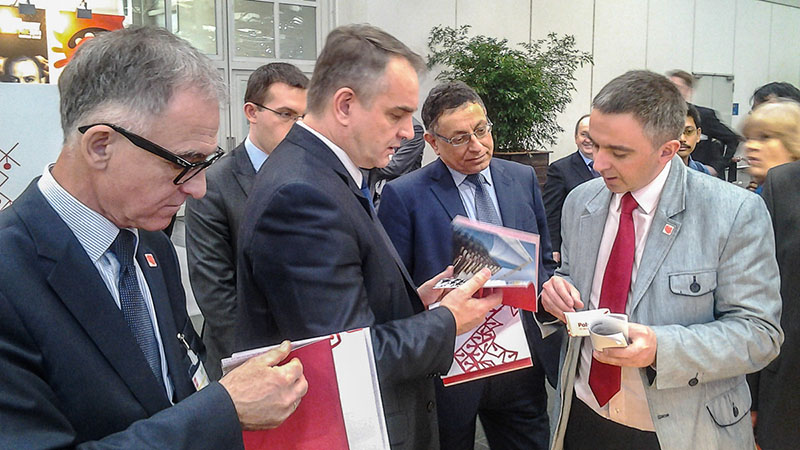 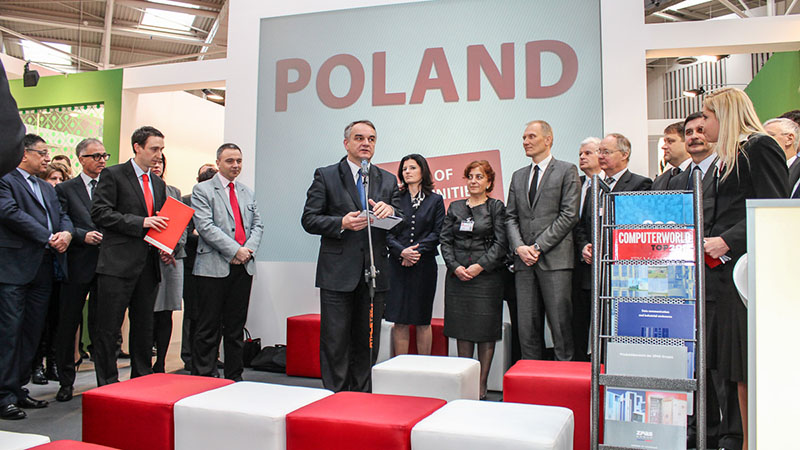 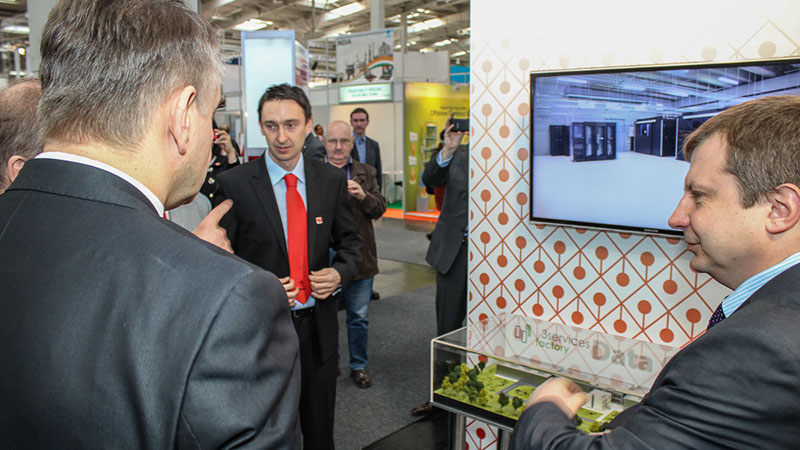