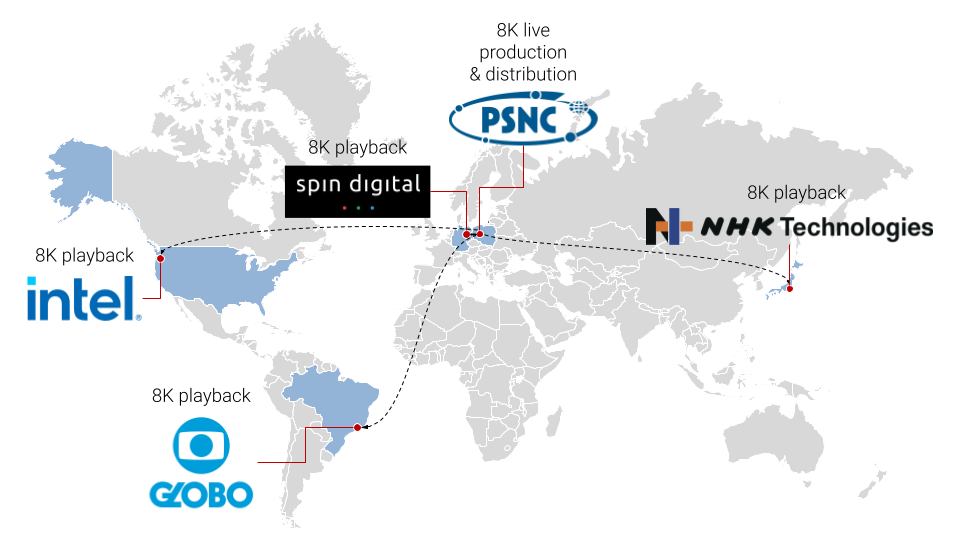 8K Live Streaming over the Internet Showcased by a Group of Industry Leaders. In a significant milestone for the adoption of 8K, Intel, NHK Technologies, PSNC, Spin Digital, and Globo collaborate to deliver a live 8K program to multiple locations worldwide.

The demonstration was presented on December 9th, 2020 at multiple locations worldwide, organized by Intel (US), NHK Technologies (Japan), Poznan Supercomputing and Networking Center – PSNC (Poland), Spin Digital (Germany), Globo (Brazil), and with the support of Sony (Japan/UK), Astrodesign (Japan), and Zixi (US).

“Transmitting broadcast-quality 8K content live over the Internet requires highly efficient video coding as well as reliable streaming technologies. This demo highlighted the possibilities of a state-of-the-art HEVC software encoder for reducing the bitrate needed for 8K live applications, as well as the possibility of delivering low-latency live 8K over the Internet. This is the result of our multi-year joint R&D efforts and perseverance to deliver more, better and faster pixels while collaborating with the industry leaders worldwide” Said Dr. Mauricio Mesa, CEO Spin Digital and Ravindra Velhal, Global Content Strategist, Intel Corporation

An 8K live program was produced at the PSNC’s 8K studio in Poznan (Poland), the video signal was live encoded using Spin Digital’s HEVC encoder and streamed to multiple locations across the world, where it was received live and played on 8K screens. Viewing locations included NHK Technologies in Tokyo, Globo in Rio de Janeiro, Intel in Portland Oregon, and Spin Digital in Berlin.

8K live encoder by Spin Digital optimized for Intel Xeon Scalable CPUs
The 8K content, with 7680×4320 pixels, 10-bit, at 60 frames/s, was encoded in real-time using the new HEVC software encoder. The encoder was able to provide broadcast-grade quality in a low-latency configuration at 120 Mbit/s, and the same level of quality was possible with a bit rate of 48 Mbit/s in a high-efficiency encoding configuration.

The new encoder is able to process 8Kp60 HEVC video in real-time using a CPU-only solution. It has been extensively optimized for Intel Xeon Scalable processors in order to achieve an unparalleled level of performance, with optimizations including advanced decision algorithms, SIMD processing using Intel’s AVX-512 instructions plus built-in AI acceleration from Intel DL Boost technology, and scalable multithreading for systems that can include hundreds of CPU cores.

8K live delivery over IP networks across the globe
The 8K content was distributed to multiple viewing points across the globe using the open Internet. The streaming module of the encoder produced simultaneously an HTTP live stream (HLS) for final distribution and a low-latency stream that was distributed using RTP and Zixi point-to-point protocols for reliable delivery over the Internet.

Playback on 8K TVs with HDMI 2.1
The 8K live stream was played back using a software HEVC decoder and 8K media player developed by Spin Digital and running on Intel Core i9 CPUs. The media player includes a flexible output module with support for different 8K interfaces including HDMI 2.0, HDMI 2.1, and 12G SDI.

The content was viewed at different locations on 8K screens from different manufacturers, among them Sony’s KD-75ZH8 8K HDR Full Array LED TV. The TV was connected to the player using an HDMI 2.1 interface via a professional SDI-to-HDMI converter developed by Astrodesign.

Low latency 8K Live Internet Streaming
Combining the low-latency configuration of the encoder and the low-latency settings in the transport protocol it was possible to transmit 8K live video streams with a glass-to-glass latency between 1 and 2 seconds.

Quotes from our partners

“Over the past three decades, Intel has been a driving force of new media formats, content access and content delivery by partnering with industry leaders and standards bodies worldwide. 8K technologies are the next frontier for immersive media and sports broadcasting. We look forward to helping unleash the potential of this media format.”, said Rick Echevarria, VP and GM Intel Olympics Program and Pandemic Response Technology Initiative at Intel Corporation.

The 8K technology developed by NHK in Japan will be utilized in this distribution system, and I realized that the 8K technology will be used not only in entertainment but also in a wide range of fields such as medical care and security worldwide. NHK Technologies will continue to share cutting-edge technology with its partners and contribute to the creation of a media society.”, said Masaru Yoshida, Executive Director of NHK Technologies.

“The demonstration was a continuation of the Immersify project, in which together with Spin Digital we developed tools and applications for creating, encoding and streaming high-quality immersive and interactive media. Thanks to the use of three cameras, additional 8K video sources and graphics overlaid on the image, it was possible to present what 8K television can look like.”, said Maciej Glowiak, Head of New Media Department of PSNC.

“It was strategic to be part of the trial as a preparation for the following 8k transmissions. Globo has been supporting 8K UHD format for a long time. We believe that research of full 8k production workflows and new delivery networks technologies will guide us through the future to offer the best experience of our premium contents.”, said Paulo Henrique Castro, Mediatech Lab Director at Globo.

About Intel Corporation
We create world-changing technology that enriches the lives of every person on earth. Intel is working relentlessly to unleash the potential of data, leading to more capable and efficient networks, and pervasive AI across smart devices. Moore’s Law set the pace for the digital revolution and continues to inspire us today. More information on media processing and delivery, visit www.intel.com/visualcloud
Intel, the Intel logo, and other Intel marks are trademarks of Intel Corporation or its subsidiaries

About NHK Technologies
NHK Technologies, as a core subsidiary of the NHK Group, is a comprehensive technology company that provides integrated systems, from broadcasting program production technology to transmission and reception, computer systems development, and equipment maintenance and operation. We support the broadcasting business with state-of-the-art broadcasting technology and reliable information system technology. As broadcasting services diversify and the media environment changes dramatically, we are pursuing the possibilities of media by making full use of our core technology. We continue to challenge for tomorrow in search of the quality of “collaboration between broadcasting and communication” and “8K (Super Hi-Vision) production”. For more information, visit: https://www.nhk-tech.co.jp/en/

About Globo
Being one of the world’s leading communications company requires great creativity, professionalism and investment in quality and innovation. Globo produces programs, series and interviews with a high standard of quality that received over 90 nominations in the International Emmy Awards and won 18 awards. The company has also had it works screened in renowned international festivals such as the Berlinale (Germany), Series Maria ( France) and TIFF (Canada). Currently, the network covers 98.6% of Brazilian territory, reaching 99.5% of the population 120 affiliated broadcasting stations throughout the country. More than 90% of the network’s programming is produced in-house, making Globo the country’s largest job provider for artists, writers, journalists and producers.

About PSNC
PSNC is a research and development center located in Poznan, Poland. It is the operator of the Polish broadband research and educational network PIONIER as well as the HPC center. It is active in the field of next generation media, interactive technologies, videoconferencing, 8K, VR/360, 3D video, spatial and ambisonics sound and high quality immersive systems. It also provides 8K live streaming using new protocols that guarantee low latency for interactive shows and performances. PSNC carries out many research projects within the frameworks of national and European programs (e.g. H2020). It conducts technological demonstrations and shows combining new prototype multimedia technologies and new applications. PSNC also has professional laboratories and a TV studio operated by the PIONIER television team. For more information, visit: https://www.psnc.pl

About Sony
Sony Corporation is a creative entertainment company with a solid foundation of technology. From game and network services to music, pictures, electronics, image sensors and financial services – Sony’s purpose is to fill the world with emotion through the power of creativity and technology. For more information, visit: http://www.sony.net/

About Astrodesign
Based on ultra-high-definition video technology and real-time high-speed digital signal processing technology, we are developing a variety of hardware / software products in fields that require advanced technologies such as 8K. We will continue to provide “only one” products in industries such as broadcasting, display, and the video industry overall. For more information, visit: https://www.astrodesign.co.jp/english/

About Zixi
Zixi provides a cloud based and on-premises Software-Defined Video Platform that enables reliable broadcast-quality video delivery over any IP network, any protocol, any cloud provider and any edge device. The company offers technologies for broadcasters, enterprises, over-the-top video providers, and mobile service providers around the world. The Zixi Platform makes it easy and economical for media companies to source, manage, localize, and distribute live events and 24/7 live linear channels in broadcast QoS, securely and at scale, using any form of IP network or Hybrid IP environments. Zixi provides enhanced control in large complex networks with ZEN Master, a live video orchestration and telemetry control plane that provides visual tools to configure, orchestrate, and monitor live broadcast channels and events across industry protocols. Over 10+ years, the Zixi Enabled Network (ZEN) has grown to over 200 OEM and service providers and serves well over 700 customers representing most of the top media brands around the world with 20,000+ channels delivered daily. For more information, visit: http://www.zixi.com 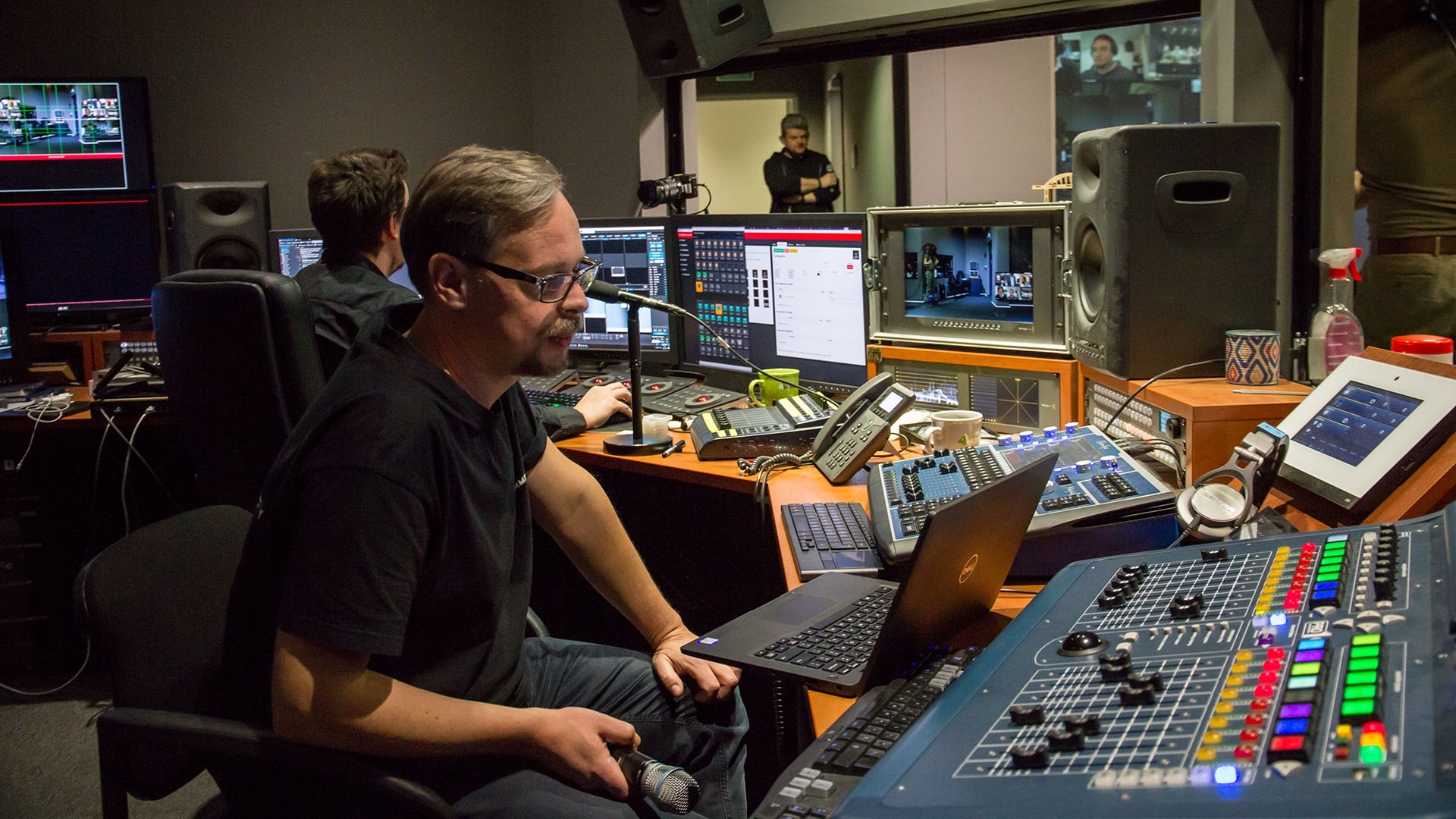 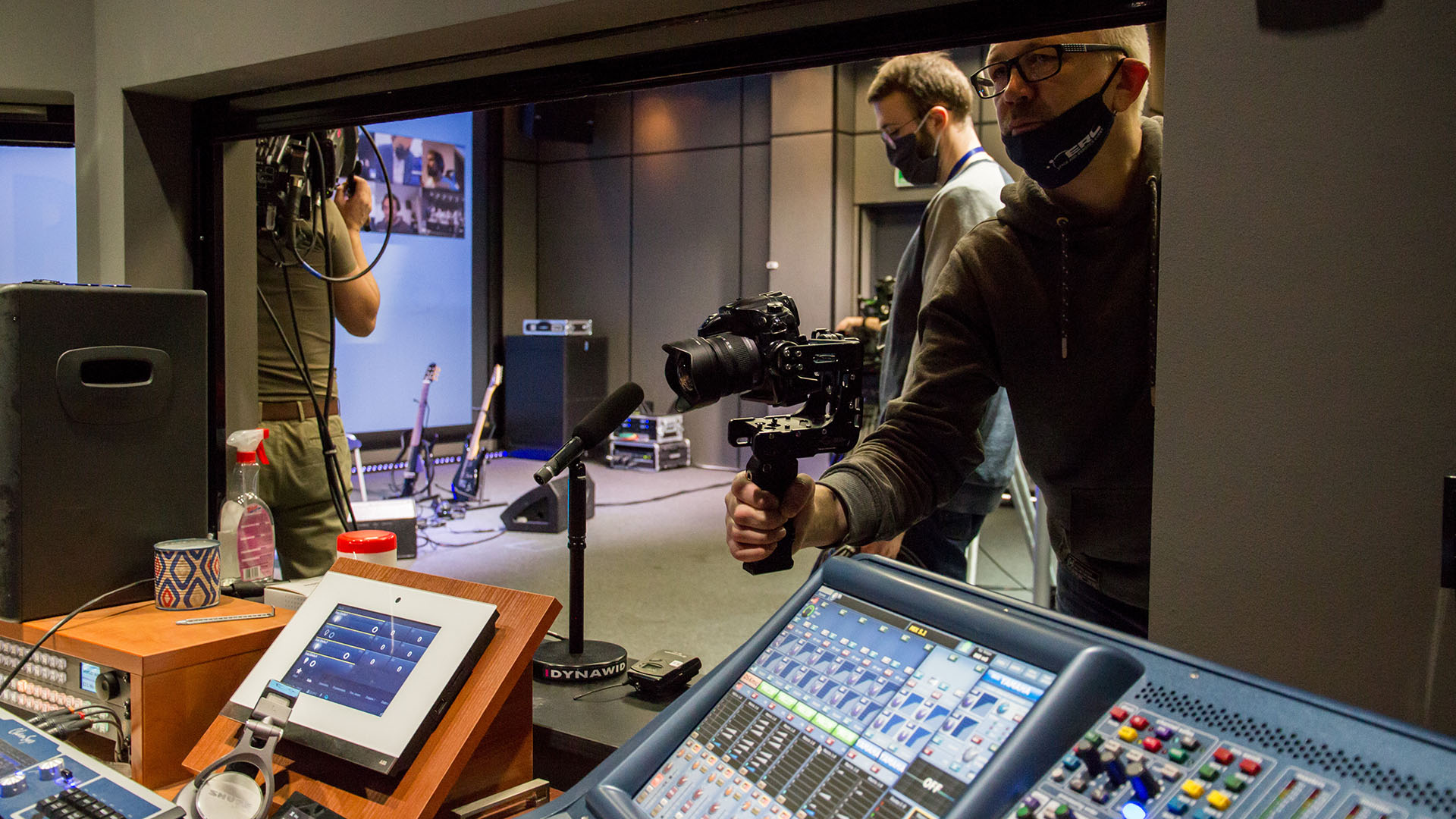 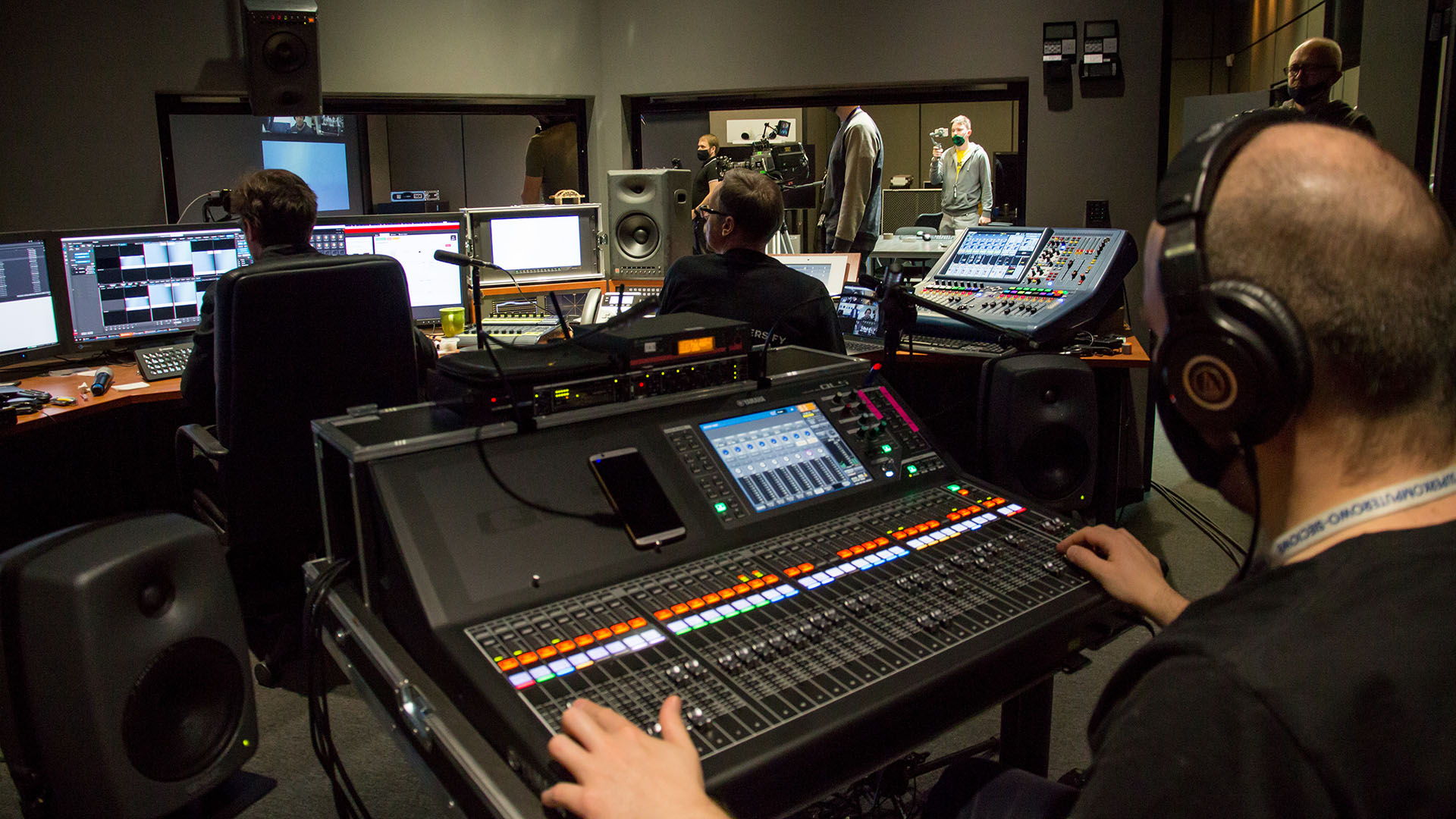 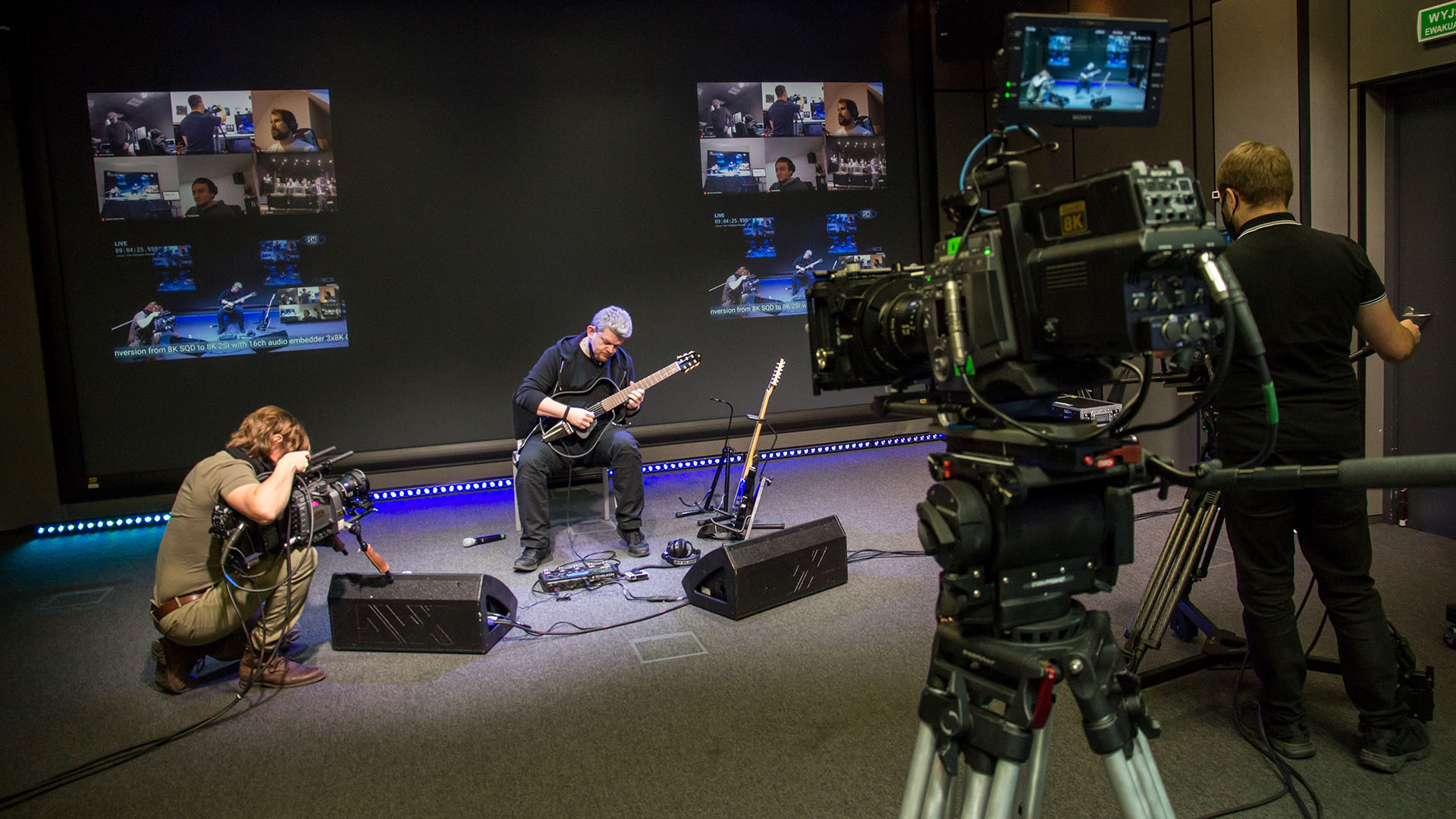 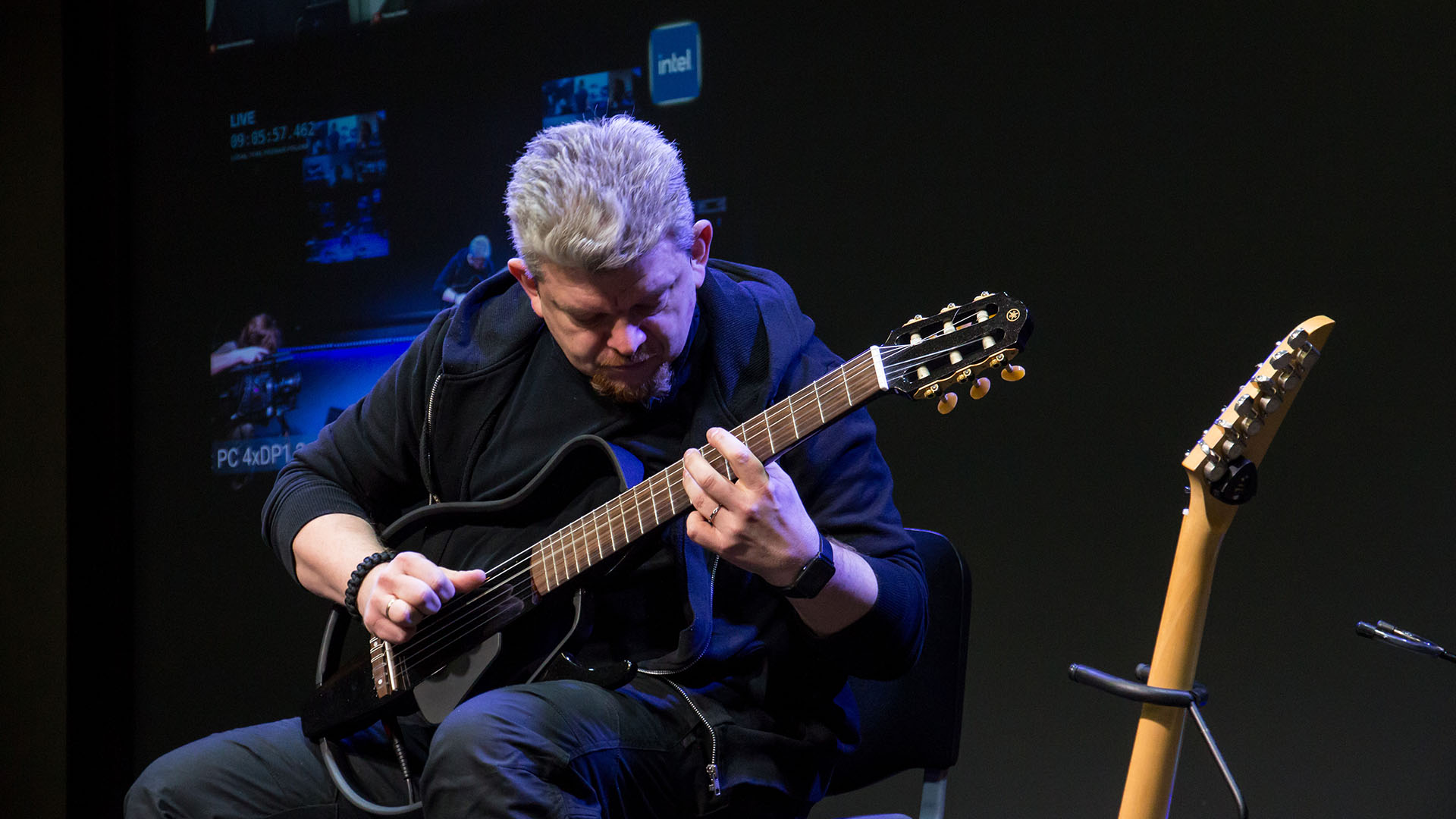 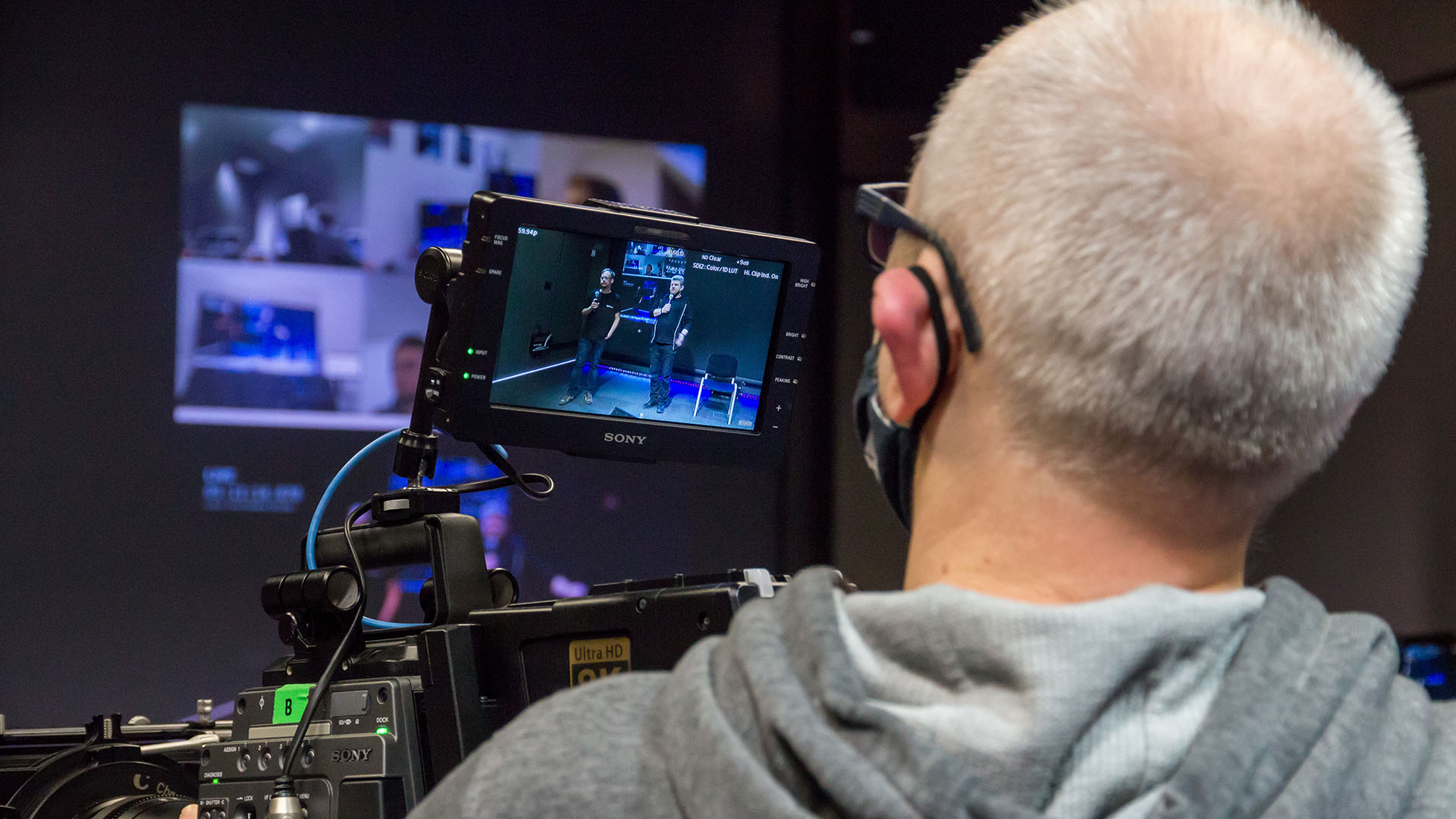 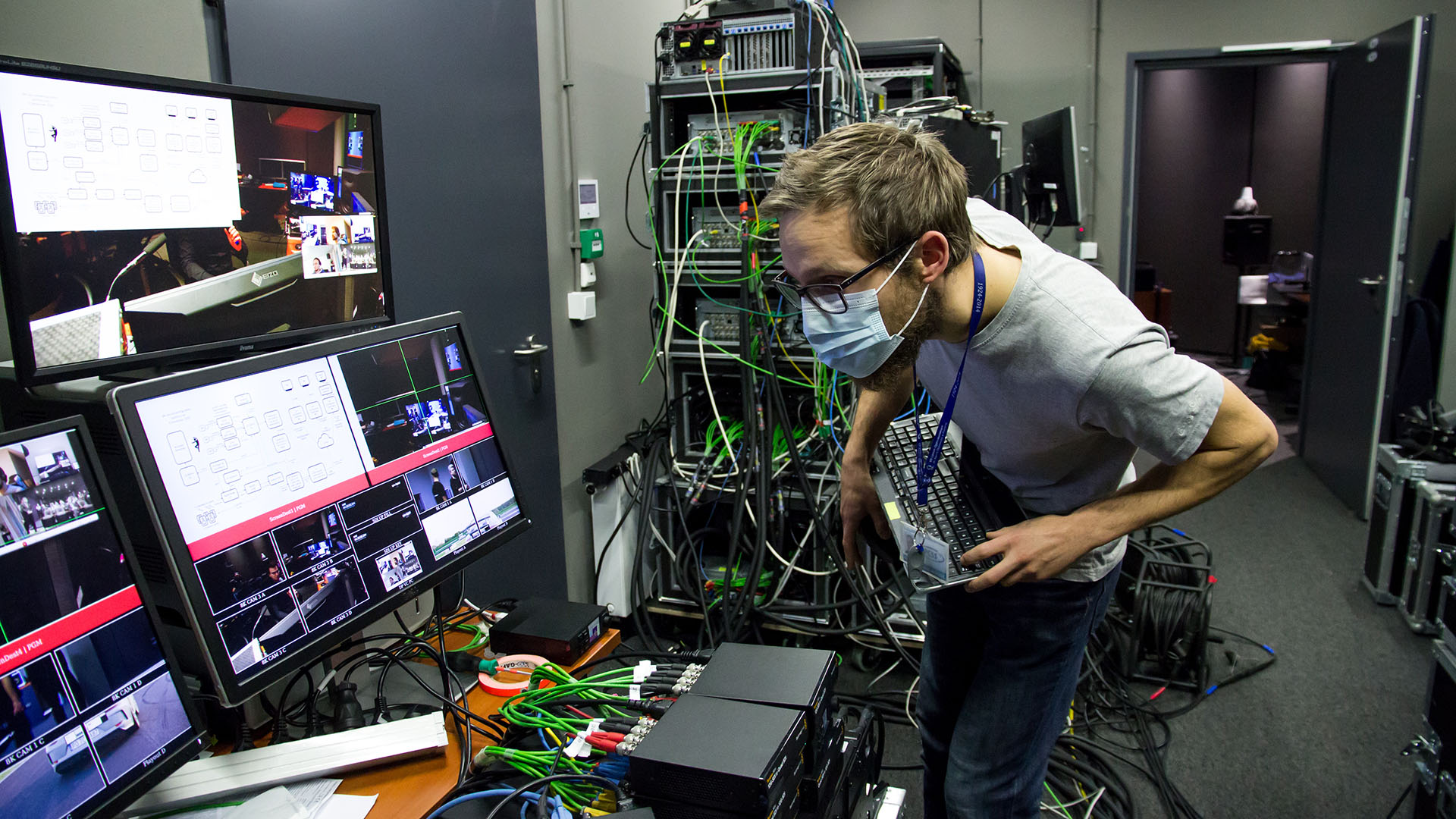 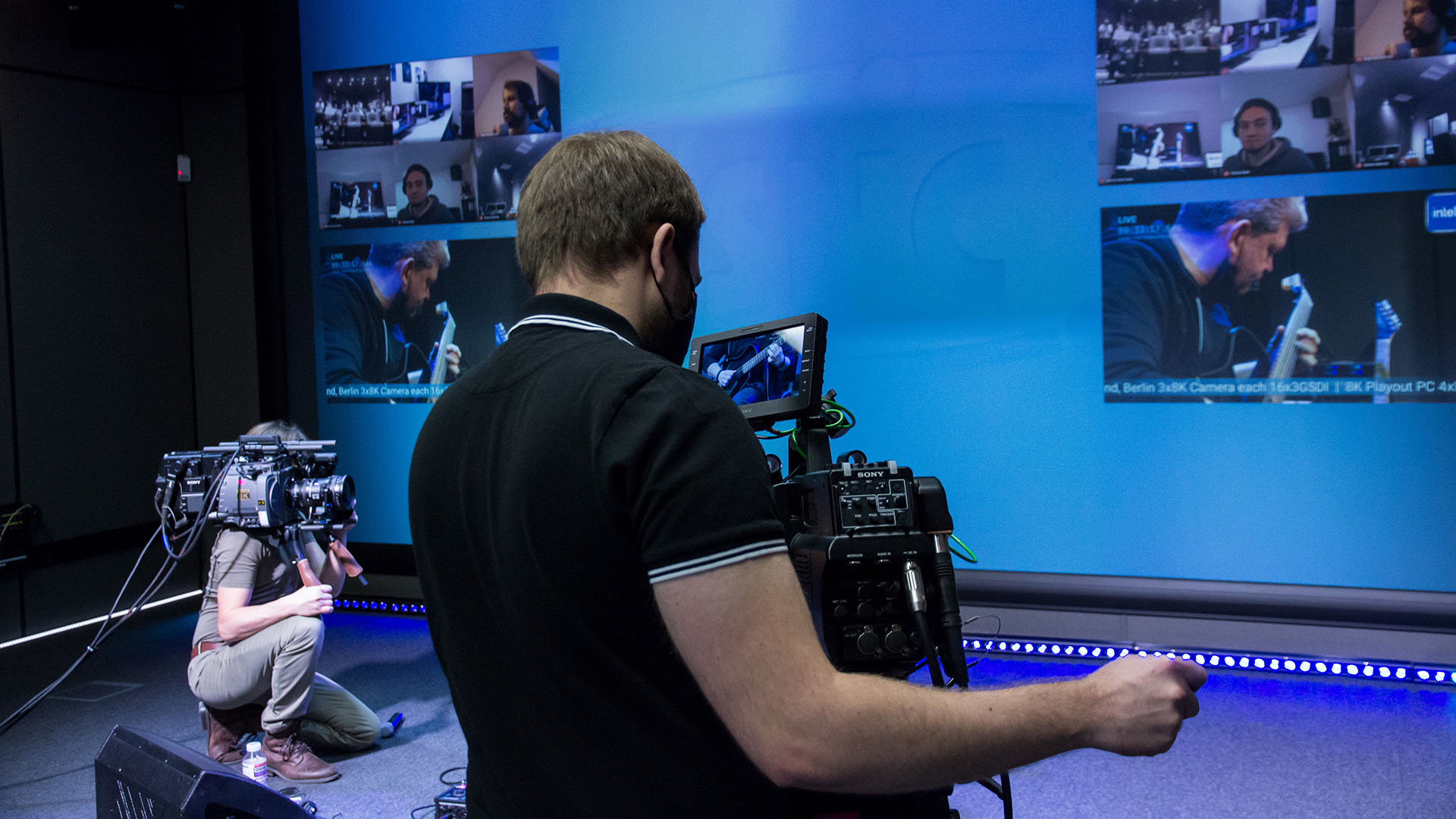 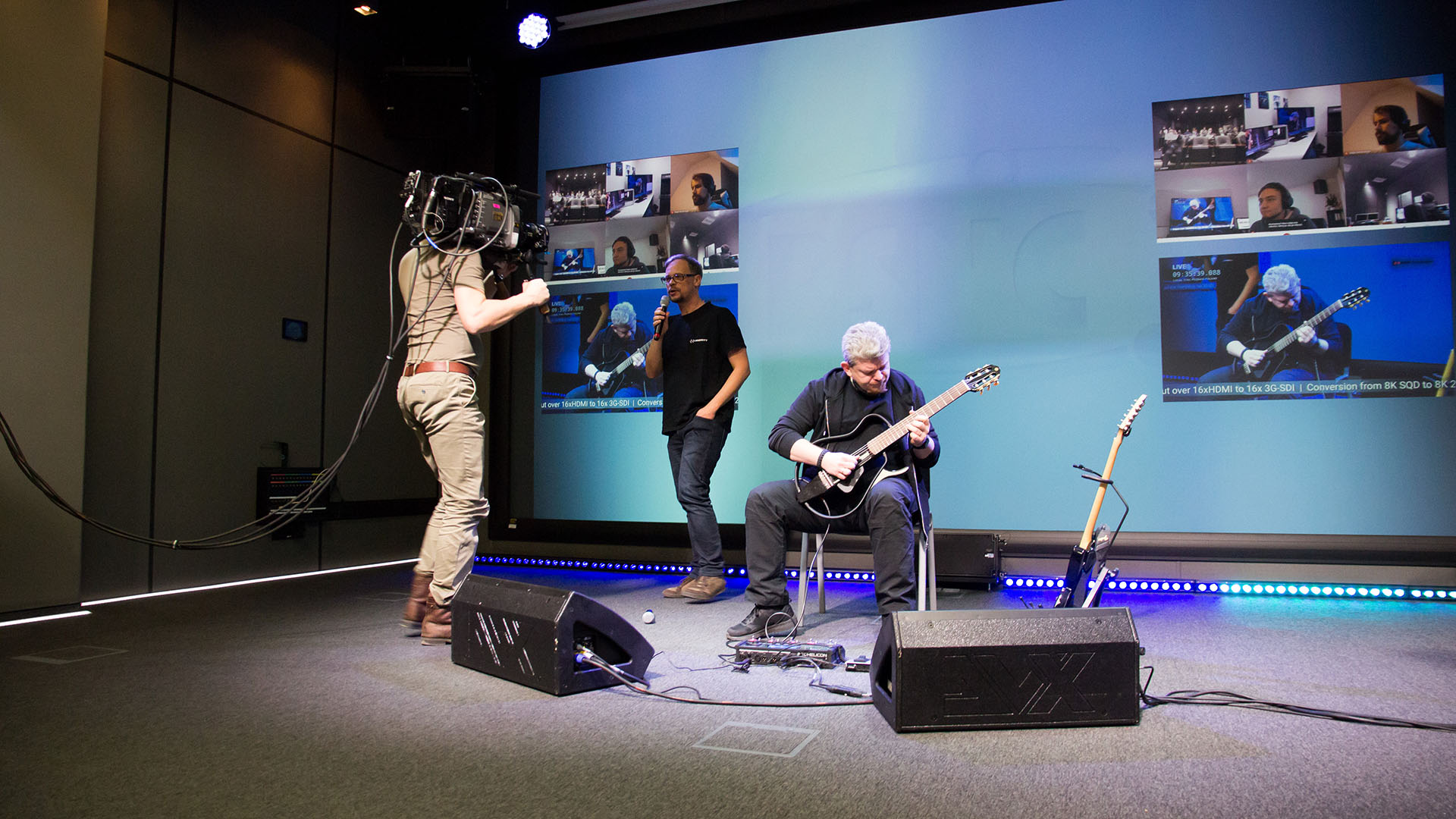 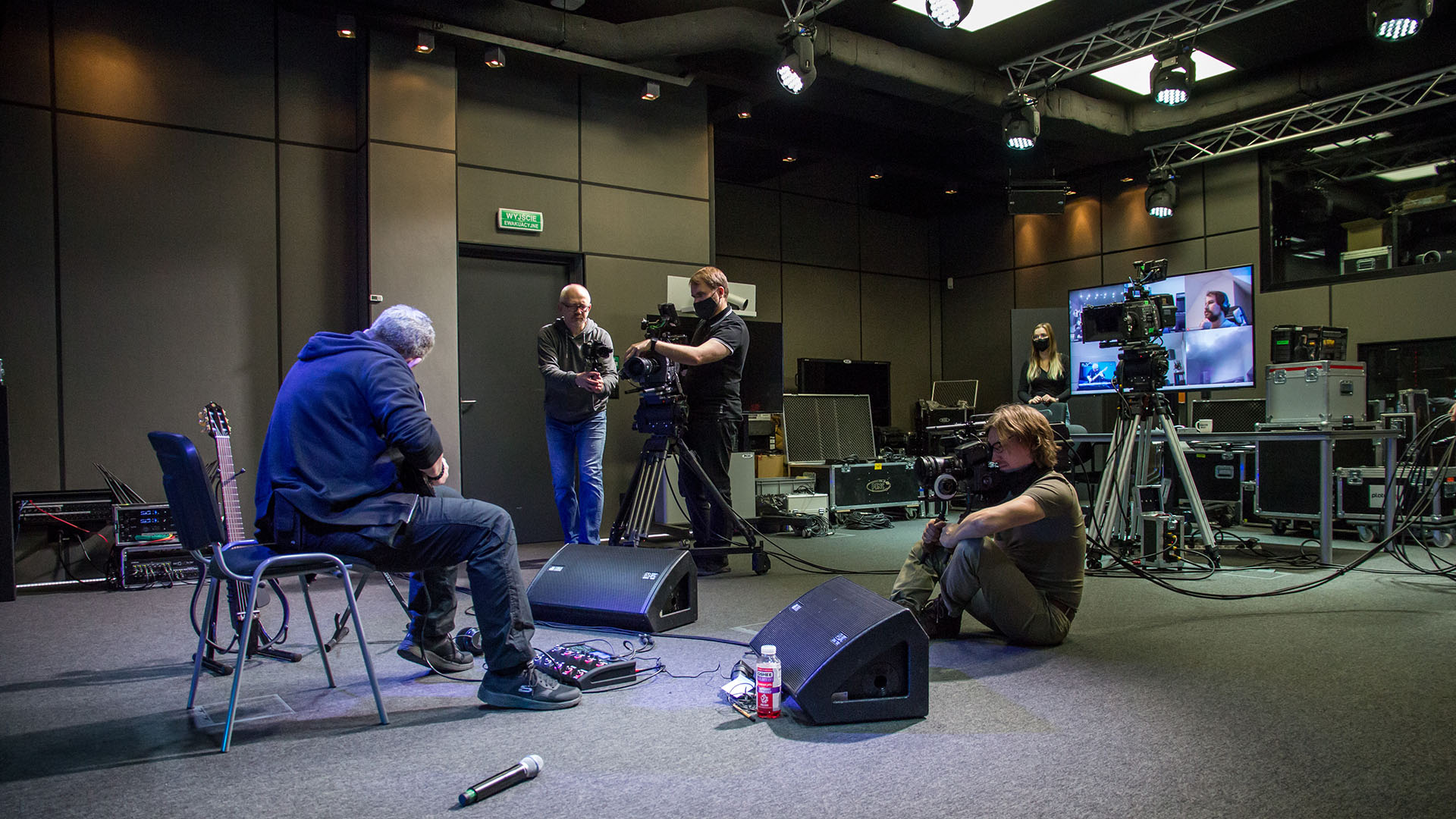 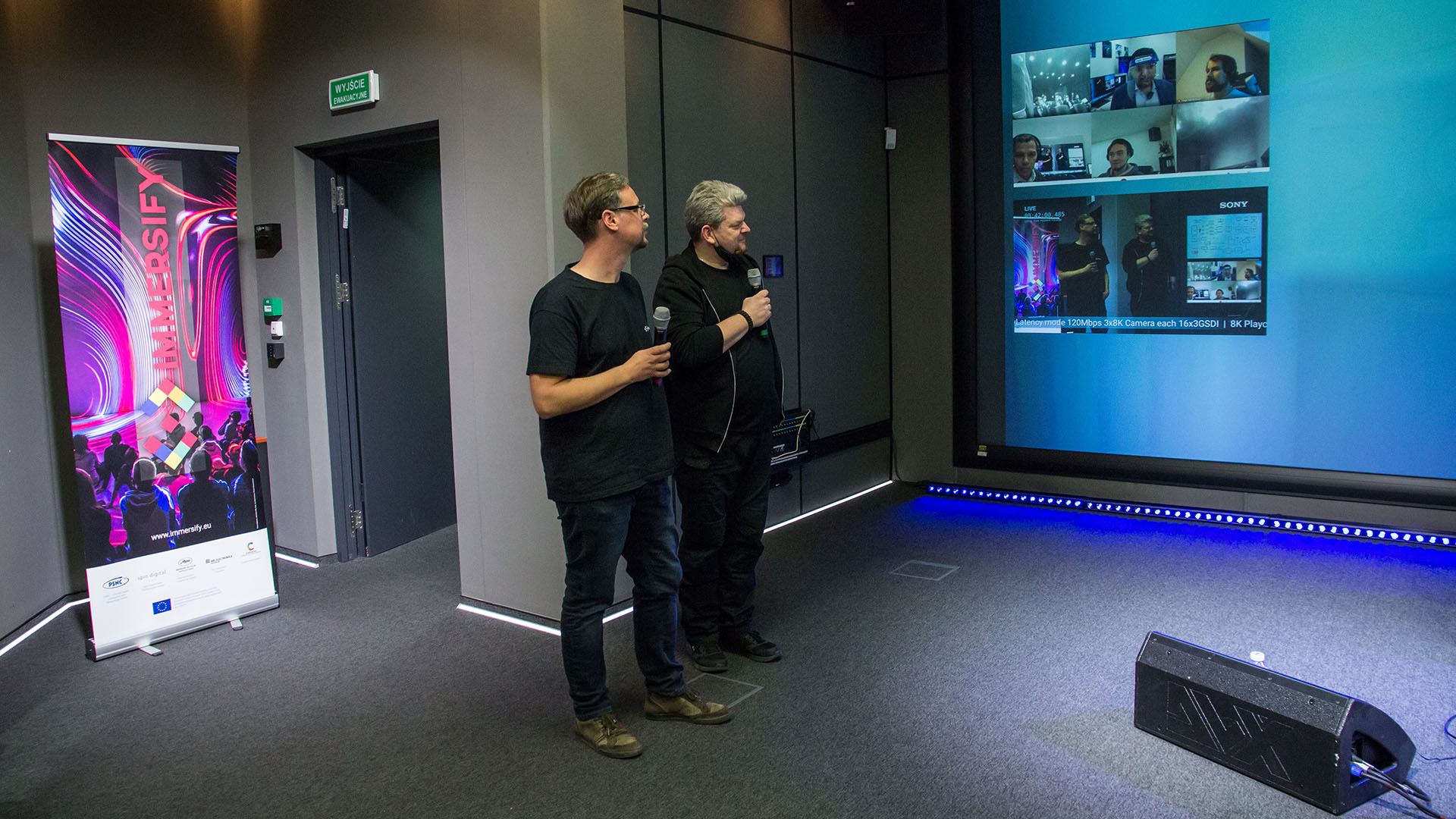 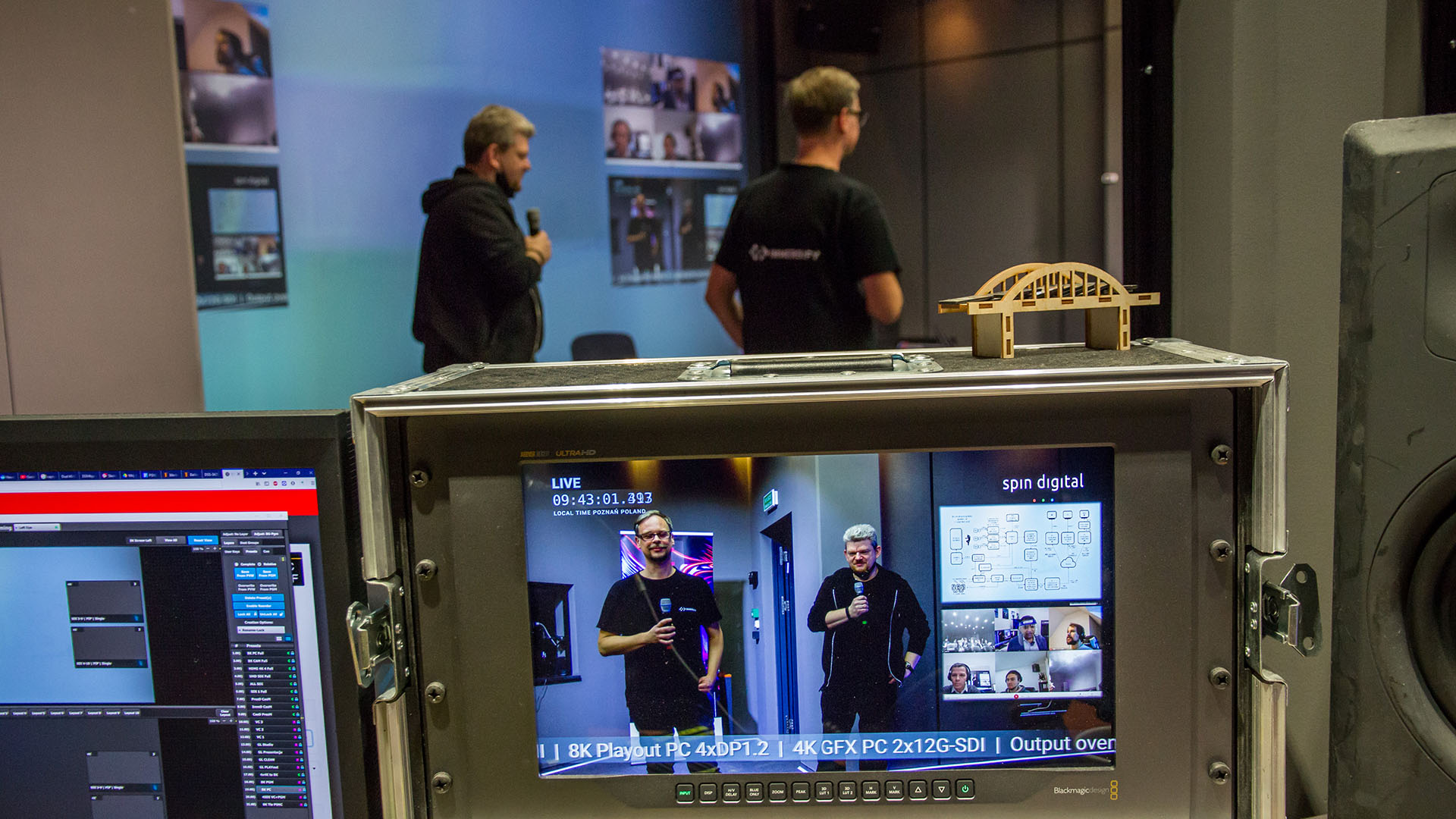