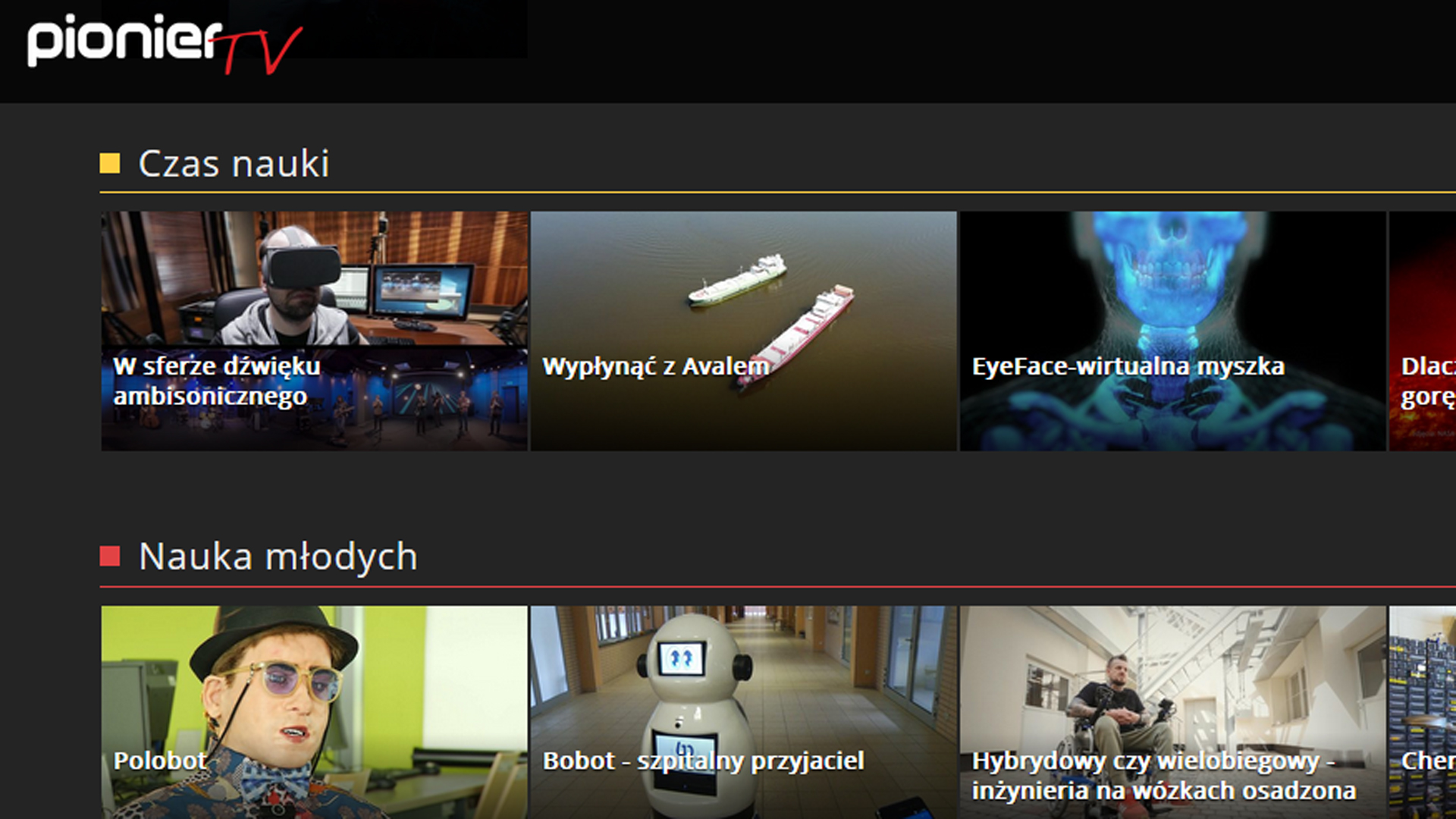 The results of scientific and research projects, profiles and achievements of outstanding scientists and the most talented young students, interesting experiments and research infrastructure allowing to take on the challenges of the modern world. These and many other issues which are important for Polish science can be found on the new PIONIER.TV platform!
The PIONIER.TV web portal is a continuation of the scientific television platform – PlatonTV which was created as one of five services implemented in the PIONIER network as part of the project entitled “PLATON Science Service Platform”, implemented under the Innovative Economy Operational Program 2007-2013. The project was implemented by partners associated in the PIONIER consortium – Metropolitan Area Networks operators and High-Performance Computing Centers in Poland. The platform enables the production of audiovisual content and live broadcast in HD quality based on professionally equipped television production studios (located in 6 cities in Poland), recording studios (in 15 cities) and a 6-camera OB van, allowing the production outside of the studios.

Since April 2016, the platform has been hosting regular scientific programmes, bringing the world of Polish science closer to a wider audience, covering all fields and scientific spheres and presenting them in a simple and accessible way. The new PIONIER.TV web portal will present completely new cycles, apart from proven and popular formats such as Time of Science or Non-Scientific Passions of Scientists.