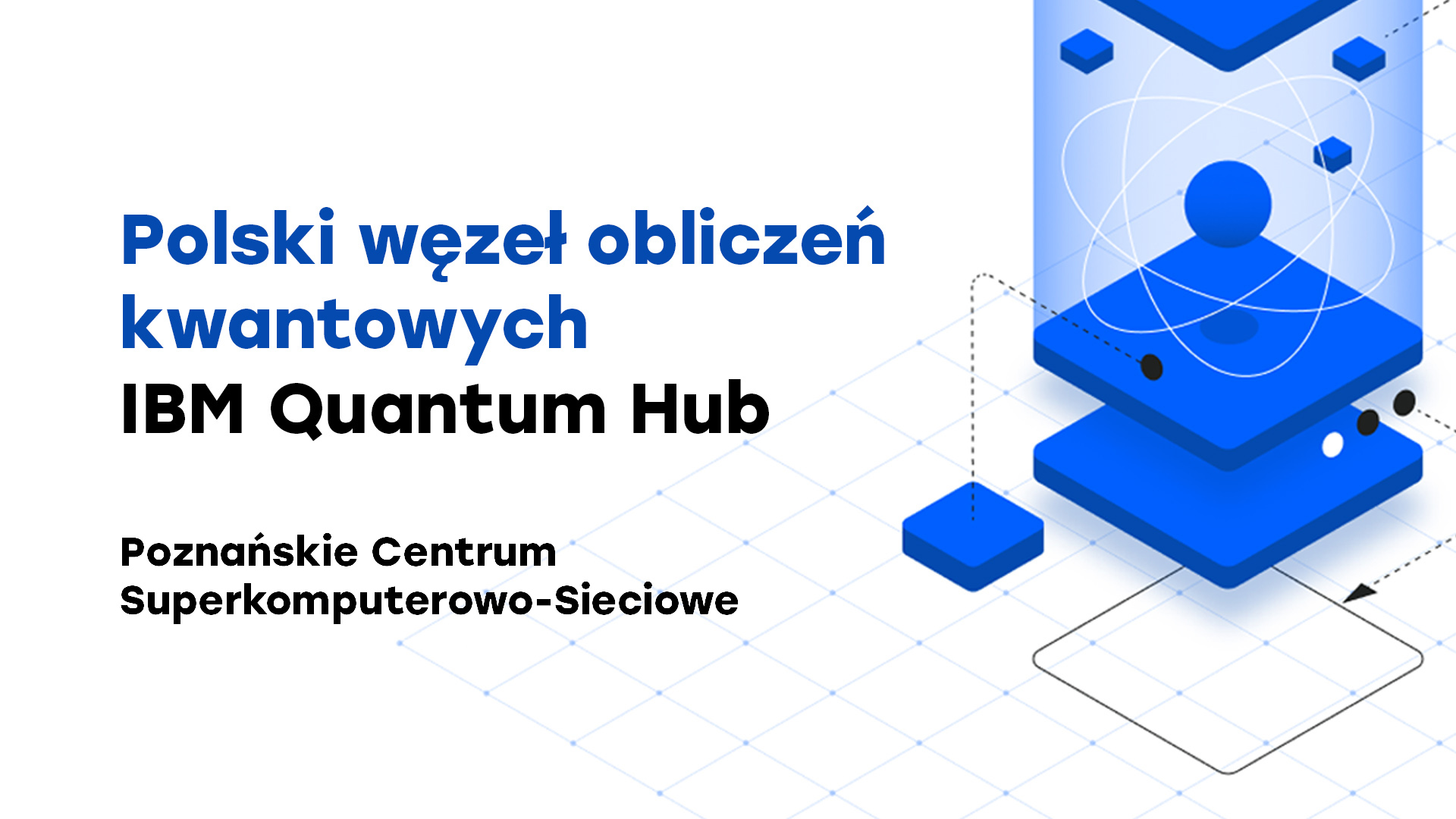 Poland, Poznań, 04 February 2022 – The first IBM Quantum Hub in Central and Eastern Europe will be located in Poznan. The Poznań Supercomputing and Networking Center (PSNC) affiliated with the Institute of Bioorganic Chemistry of the Polish Academy of Sciences will join the IBM Quantum Network, to explore the development of quantum computing applications including advancing artificial intelligence solutions, space technologies, metrology and crisis modeling.

“It’s an important day for Polish science and for the technological transformation of Poland” – said Janusz Cieszyński, Secretary of State at the Chancellery of the Prime Minister, Government Plenipotentiary for Cybersecurity. “In order to keep a strong position in the European economy, Poland needs to actively participate in research and development work focusing on quantum computing. Also, to meet the ambitious objectives in the area of digital innovation benefiting science and the information society, we need to ensure that Poland has access to innovative e-infrastructure. Such access is vital for ensuring that all interested Polish parties are capable of taking advantage of highly advanced engineering and big data computing technologies. The incorporation of supercomputers into Poland’s strategic resources is one of the tasks we have ventured to achieve under the Cyber Poland 2025 program.”

“Polish scientific communities have identified PSNC as a center having the right personnel and tech potential to provide access to IBM’s quantum computer. Universities that intend to educate students in quantum computing will also benefit from this access” – says professor Roman Słowiński, Vice President of the Polish Academy of Sciences.

“Establishing an IBM Quantum Hub in Poland is an exciting step toward expanding our quantum computing ecosystem. By working with IBM, PSNC is well positioned to explore new use cases and applications for quantum computing that could ultimately help to solve problems like developing new materials or medicines,” says Marcin Gajdzinski, Country General Manager, IBM Poland and Baltics.

The PSNC initiative will be funded with the use of a special-purpose subsidy of the Prime Minister, relying on the funds at the disposal of the Minister of Digitization.

The members of IBM Quantum Network

The Poznań Supercomputing and Networking Center (PSNC) affiliated to the Institute of Bioorganic Chemistry of the Polish Academy of Sciences is an internationally renowned European research space hub focusing on IT infrastructure and plays the role of an important research and development center dealing with information and communication technologies. In its capacity of a development center, it serves as a key component of the global R&D community, pursuing mainly projects under subsequent Framework Programs of the European Union, as well as supporting R&D initiatives in cooperation with over a thousand partners from all over the world. PSNC has been consistently expanding its HPC computing infrastructure and its systems are listed in TOP500 and GREEN500 rankings. Over the recent years, the Center has been actively participating in addressing the quantum challenges faced by the contemporary IT sector.

With modern, nation-wide PIONIER fiberoptic network at its disposal, it combines the potential of Polish scientific centers with the access to European and global institutions. The network has been allowing Polish scientists, for a number of years now, to establish a direct connection with the European Organization for Nuclear Research (CERN). Enjoying a considerable amount of experience in supercomputing, grid and cloud technology development and big data processing, PSNC has been also actively participating in HPC initiatives related to multi-branch applications of scientific and technical solutions. As many as ten projects overseen by the Center have been included in the Polish Research Infrastructure Map (PRIM); some of them are concerned with the development of HPC computing technologies (PRACE-LAB or KMD – National Data Storage), while others (e.g. NLQPT – National Laboratory of Photonics and Quantum Technologies, PRACE-LAB2 and Euro-HPC PL) widely rely on quantum technologies. Focusing on the development of highly advance technologies, PSNC has recently launched Poland’s first quantum cryptography system that works in a telecommunications operating environment and allows to establish secure network connections with the use of innovative solutions relying on practical application of quantum technologies in network communication.

About Cyber Poland 2025
Cyber Poland 2025 is one of the 10 key areas of the Polish Deal scheme aiming to enable the Polish economy to recover after the COVID-19 pandemic. The objectives set out in the program will allow Poland to become, in a few years’ time, one of the most technologically advanced countries in Europe.
www.gov.pl/web/polski-lad/cyberpoland-2025

The photo gallery from this event is available here below. 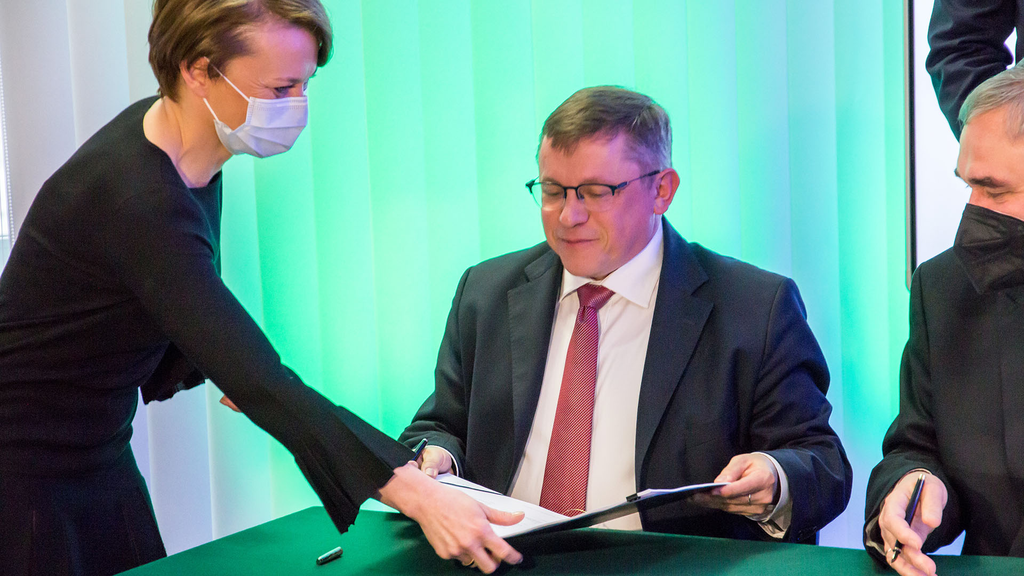 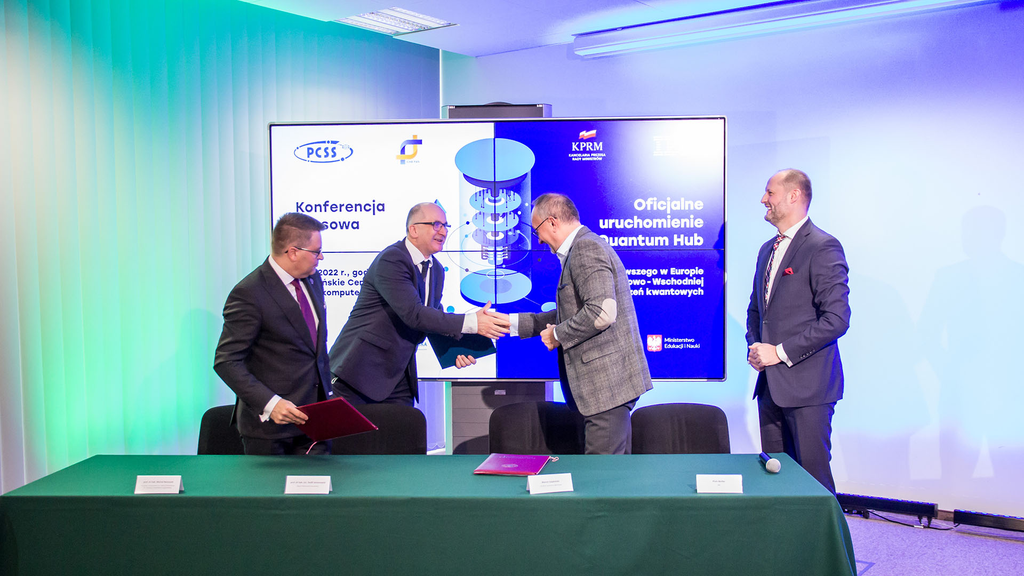 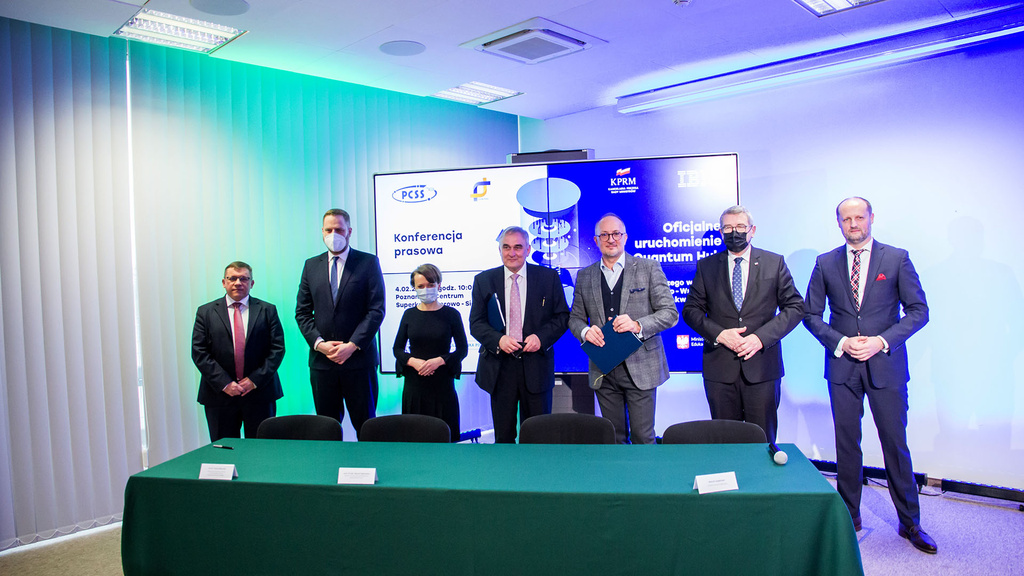 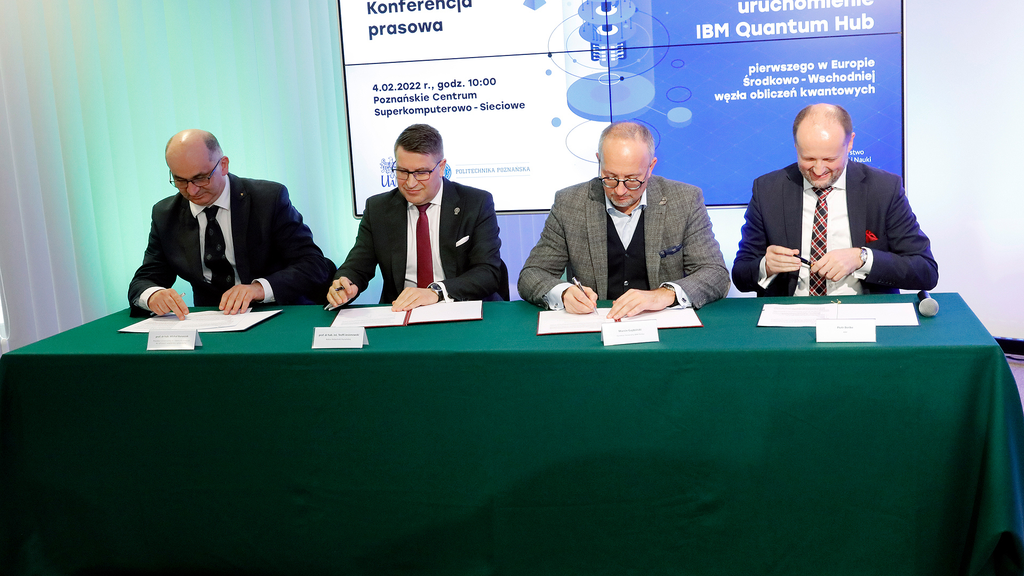 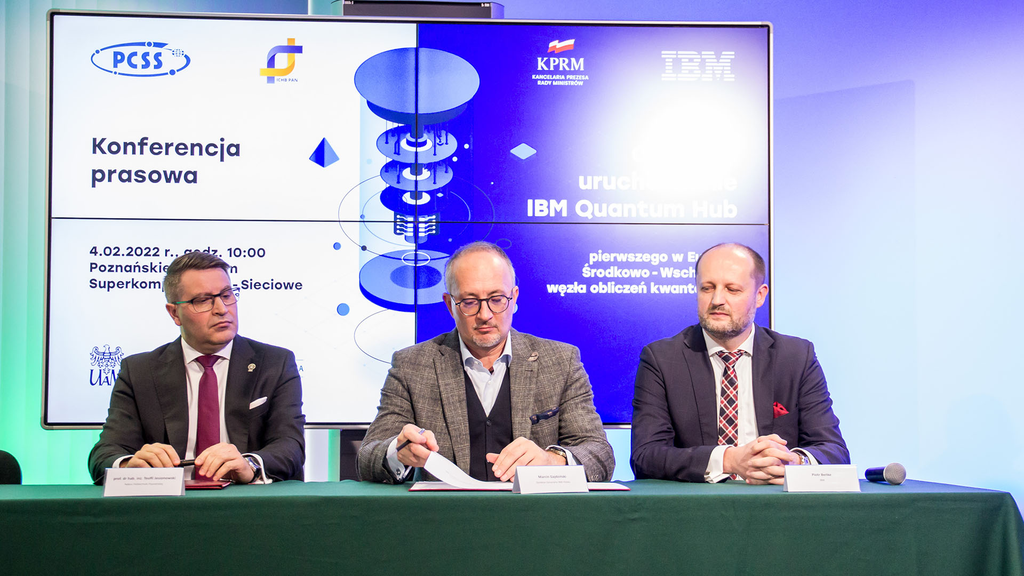 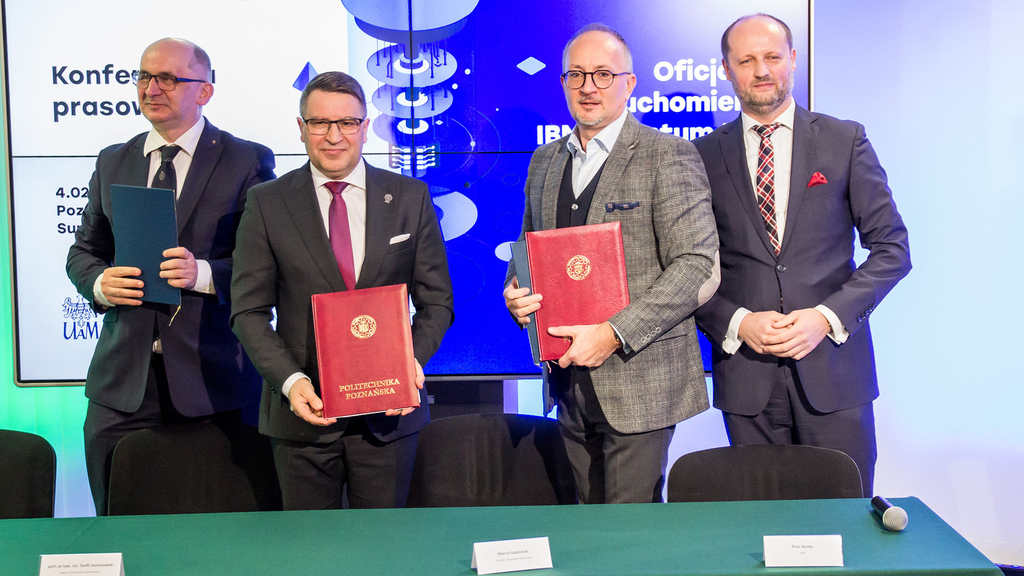 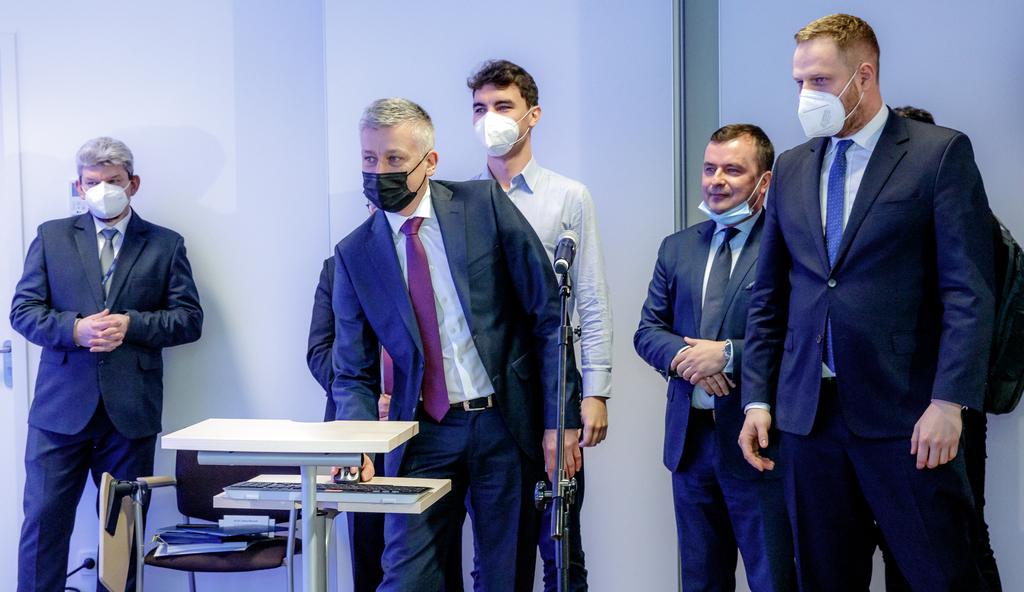