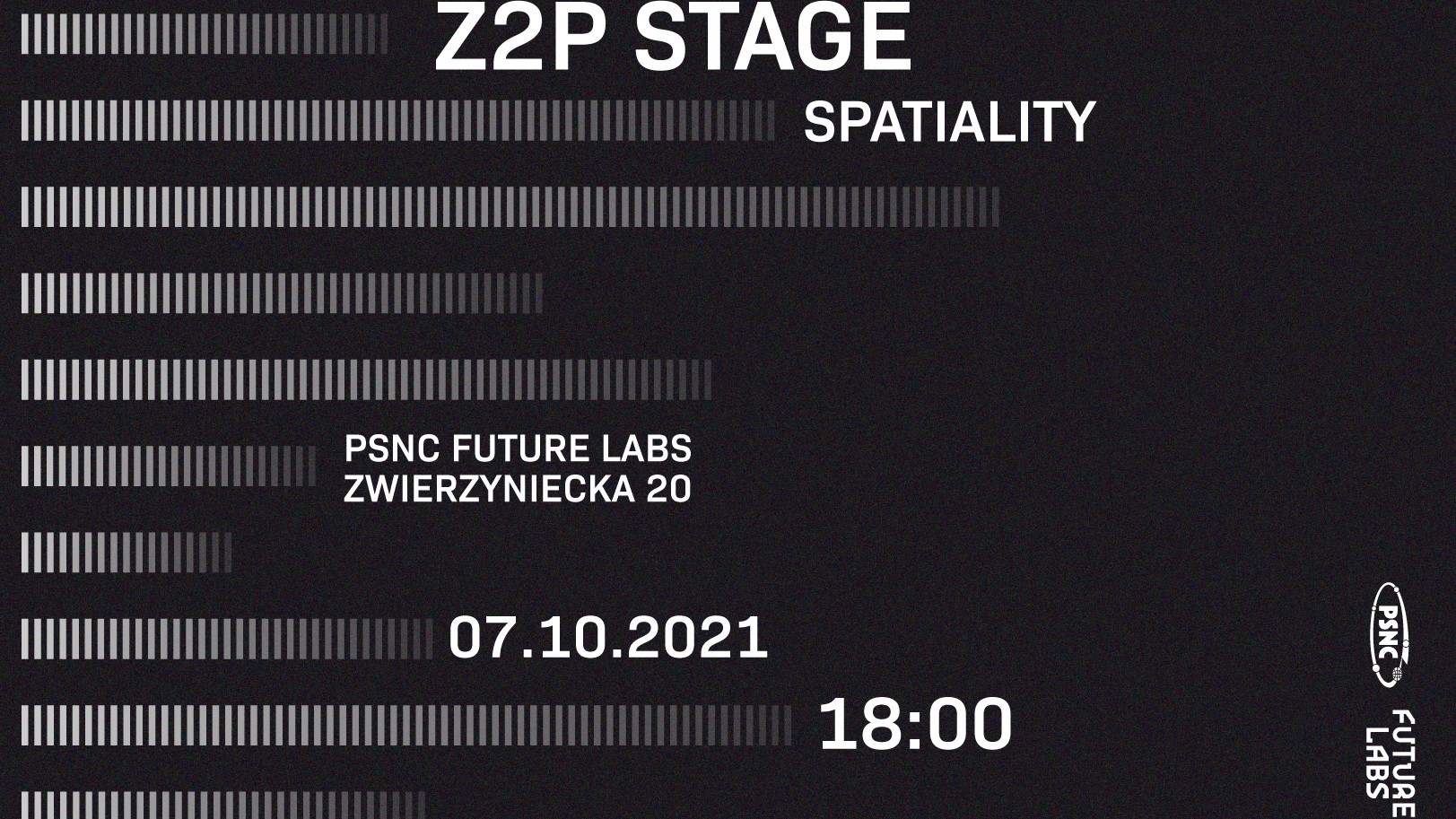 On October 7 2021, the Art & Science lab at PSNC Future Labs will host a spatial music concert in the Z2P Stage series. The theme of the third edition of Z2P Stage will be spatiality in experimental electronic music. This activity will involve the use of a multi-channel sound system in order to spatialize sound compositions.

The works presented during the event will be a summary of artistic residencies in the ambisonic sound studio, taking place in the Art & Science space. During the residencies, the participants developed their artistic projects for several weeks using a 24-speaker sound system. The pieces will be played in a specially adapted room equipped with a set of over 30 speakers providing omnidirectional sound projection.

Z2P Stage is a series of concerts and performances held in the Art & Science laboratory at PSNC Future Labs. The main goal of the event is to present – alongside regular concerts – events in which new technology becomes an equal instrument. Z2P Stage is also a space for mediation through technology, science and art, resulting in a sound, soundart or performative experiment.

The concert will take place on the second floor of PSNC Future Labs, Zwierzyniecka street 20 in Poznan.

Visualizations during the concert:
Salafurka