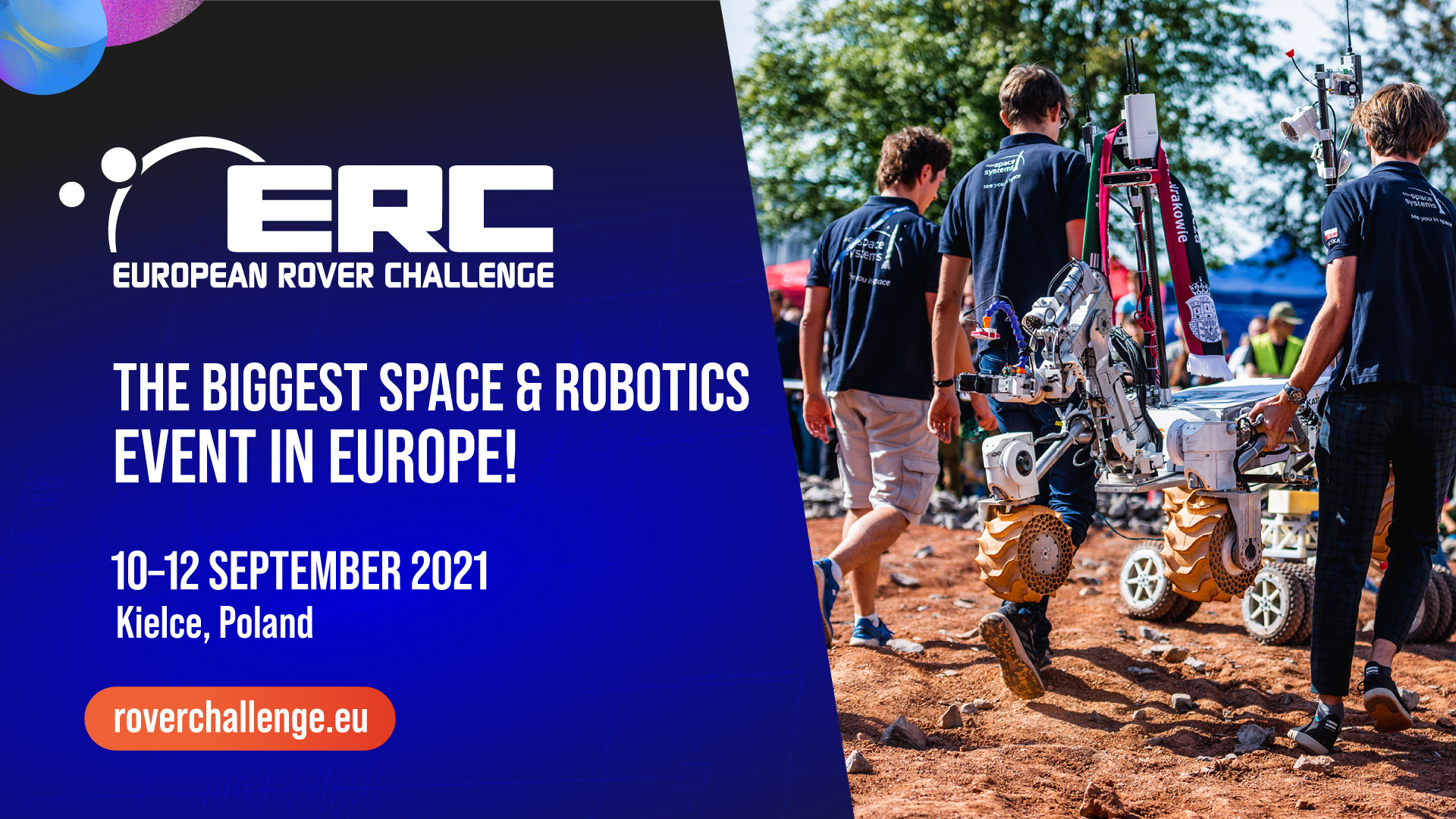 On September 10-12, the biggest space and robotics event in Europe – the European Rover Challenge – takes place at the Kielce University of Technology. PSNC, as a strategic partner, is responsible for the live TV production of this event.

ERC is a prestigious space event combining the international competition of mobile robots with science and technology shows, which has been organized since 2014. The organizers, guided by the slogan “we inspire a new generation”, bring the theme of space to the general public and make them aware of the growing role of modern technologies in our lives. It is also a meeting place for representatives of the European world of science and business interested in the use of space and robotic technologies.

The central element of the event is the competition of nearly 40 teams from around the world, which will use rovers designed by themselves to perform tasks faced by robots in real Martian missions. The competition takes place in two formulas (remote and on-site), on a special Martian track – Mars Yard. The remote formula will use the Leo rover designed by a Polish start-up. Additionally, this year ERC will host a 2-meter active Martian volcano, which is a reconstruction of the geological history of Martian soil in the Elysium Planitia area.

The Poznan Supercomputing and Networking Center is responsible for the technological side of the event. PSNC will take care of extremely complex TV production in two streams (in Polish and English language), using 13 cameras (in HD quality, 50 fps) in 4 locations and 3 studios, also enabling remote connection of guests. A production room will be organized on site, with the support of the PIONIER.TV broadcasting van. The cameras will follow 7 photo sets, enabling remote participation of Internet users who will be able to watch i.e.: rover competitions, robotic arms competitions in the second arena, as well as “live” conversations with competition participants and judges.

Participation in the ERC event is free and includes numerous lectures, workshops, scientific experiments and visits to the exhibitors’ stands for adults and children.

More information and the event program are available at: https://roverchallenge.eu/

You can follow the live broadcast at this address: https://roverchallenge.eu/en/spectator-zone/