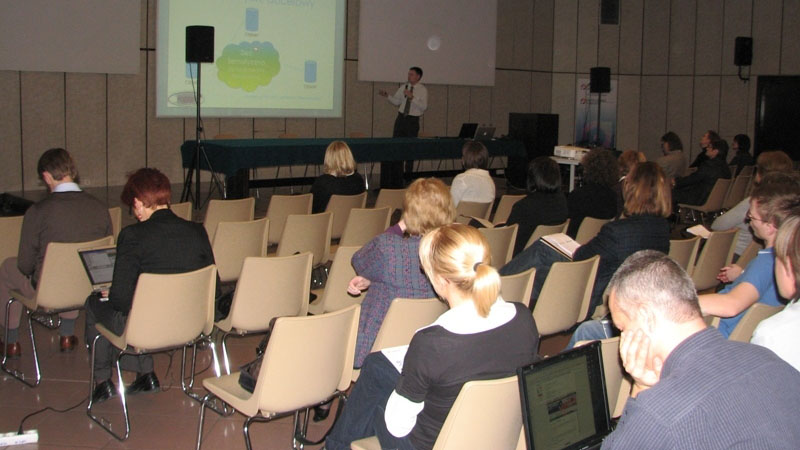 The theme of this year’s conference, as usual, was the creation and development of digital libraries in Poland. This year, however due to the extremely important role of the European Digital Library, Europeana, there was also a special place devoted to this initiative during the meeting. The conference was held from 18th to 22nd October in Poznań.
For five conference days over 20 presentations were delivered, which speakers were both practitioners of creating digital libraries of Polish institutions and scientists engaged in research on them. Also visitors from the British Library and the Royal Netherlands Academy of Arts and Sciences participated in the meeting.

Conference on “Polish Digital Libraries” is organized since 2008 by three institutions: Poznan Supercomputing and Networking Center, Poznan Foundation of Scientific Libraries and the Kórnik Library of the Polish Academy of Sciences. Every year the conference brings together nearly 200 participants from across Poland, among them employees of public and academic libraries, museums, archives, local staff and regional cultural institutions, technical staff (IT)and institutions and individuals taking advantage of digital libraries in their professional work, such as: researchers and educators from the fields of humanities, as well as people interested in creation and development of digital libraries in Poland. Presentations which are held here are based on the experience, research and development infrastructure and examples of digital libraries and European cooperation. The conference is also a place of good practice and making an impulse for further development of advanced technologies, applications and services.

Have a look at the gallery of the second conference day – The Europeana Day.