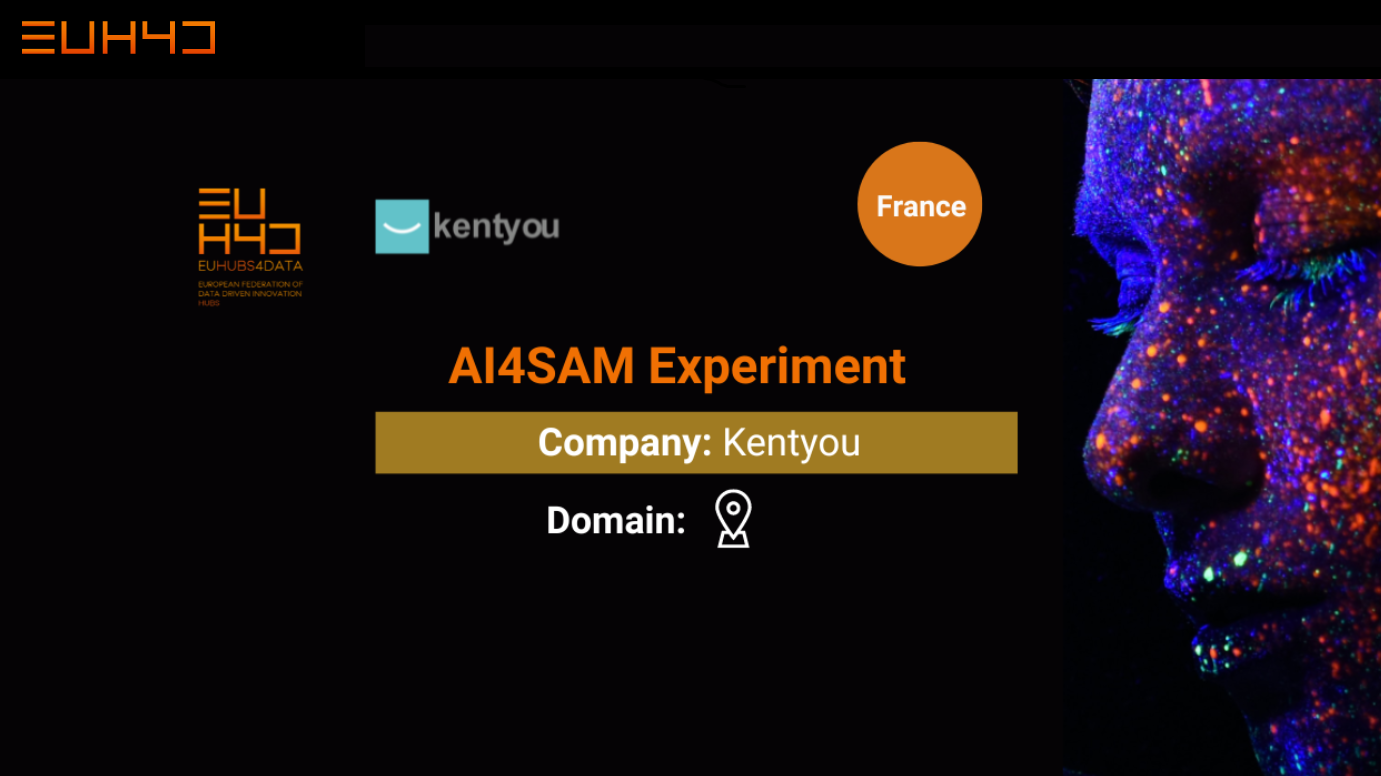 The experiment AI4SAM – AI for fostering soft and active mobility to accelerate European’s transition to climate neutrality ran by Kentyou in the framework of EUHubs4Data’s first round of experiments focused on the optimisation of the location of soft mobility stations (shared/electric bikes, scooters, cars) in different cities (urban, rural, industrial) to reduce CO2 emissions caused by mobility.

To achieve such an objective, in this experiment, AI4SAM combined data from various sources in two cities (demographic, topographic, points of interest, data about bike lane usage, traffic pattern, weather conditions, etc.), while their data analysis process supported the identification of the most likely places according to various parameters (e.g., social groups to incentivise, installation cost). As the last step, the optimisation algorithm suggested decisions on whether to position a station in a specific spot or not.

The validation of the experiment thesis was possible thanks to the DIHs supporting the various stages of the development, including PSNC/HPC4Poland geospatial toolkit. In addition, the EUHubs4Data infrastructure helped to integrate into their sensiNact platform hundreds of datasets offered by the data providers in Spain (BigData CoE Bsrcelona). In the context of EUHubs4Data, they could exploit several services that scale their solution by accessing big data infrastructure and improving some parts of their solution by utilising relevant analytical toolkits.