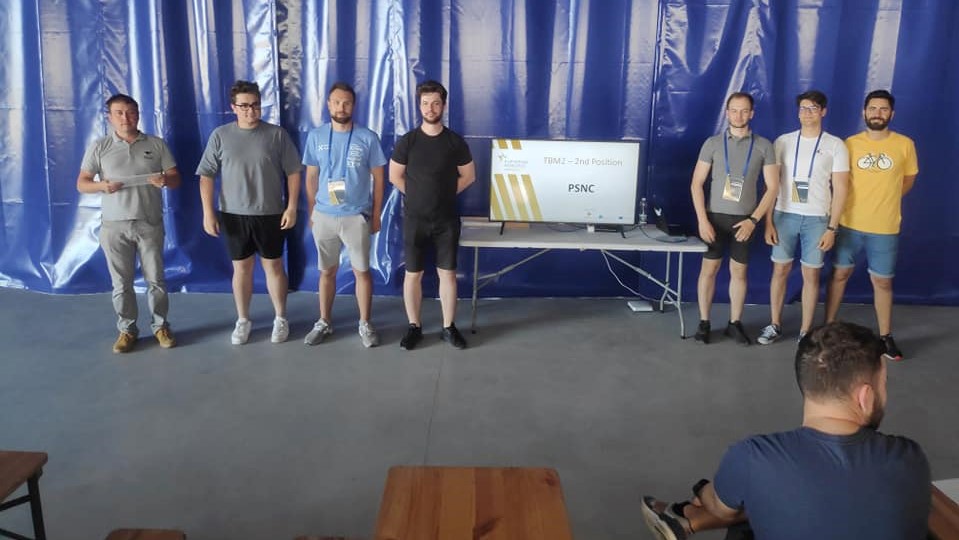 On June 23, 2022 at the airport in Kakolewo, during the second part of the Drone Power Hakaton Plus. In addition to demonstrations of nominated teams, the European Robotics League competition was organised by Poznan University of Technology and PSNC.

The competition, which lasted for four days (June 20-24, 2022), was attended by a 5-person team from PSNC Aerospace Lab led by Mateusz Gajewski. During the simulated rescue operations, which were the main task of the participants, the PSNC team used a moving robot and a drone.

Eventually, the Poznan team, making its debut in this kind of international robotics competition, took second place and received an award for the best ground team in the European Robotics League competition.

The event was inaugurated by Deputy Director of PSNC – Krzysztof Kurowski, PhD and the Plenipotentiary of the Minister of Infrastructure for Unmanned Aerial Vehicles – Dariusz Werschner. In the airspace of the airport, the demonstrations of theoretical solutions in the field of safe infrastructure were held by the participants as a response to the challenges proposed by the ENEA Energy Group and the City of Poznan. The companies BZB UAS, ENPROM and SPARTAQS also presented their new solutions.